Messenger, in partnership with Disney, has just launched a chat theme, stickers, and AR effects based on the upcoming film, Star Wars: Rise of Skywalker. 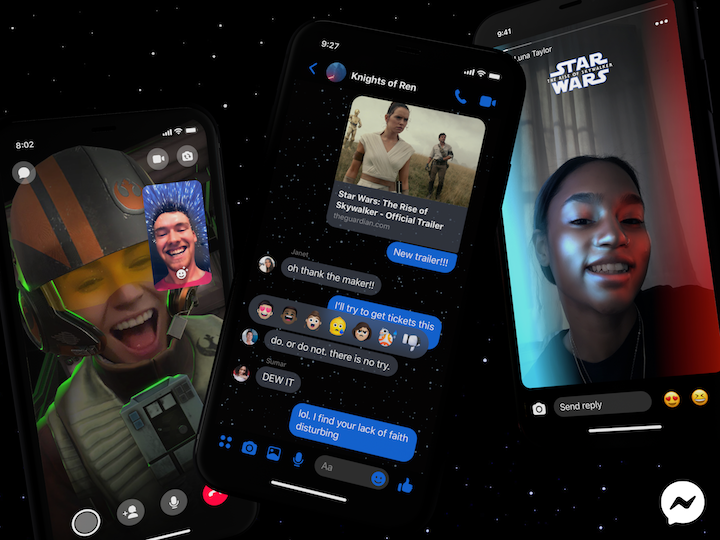 Beginning December 12, users can now apply an all-new Star Wars: Rise of Skywalker theme in their messages. Not only that, but Messenger has also included reaction stickers of both heroes and villains in the upcoming film. Star Wars There are also three AR effects for users to play with, such as the Lightspeed effect, Cockpit effect, and a Dark vs Light effect. 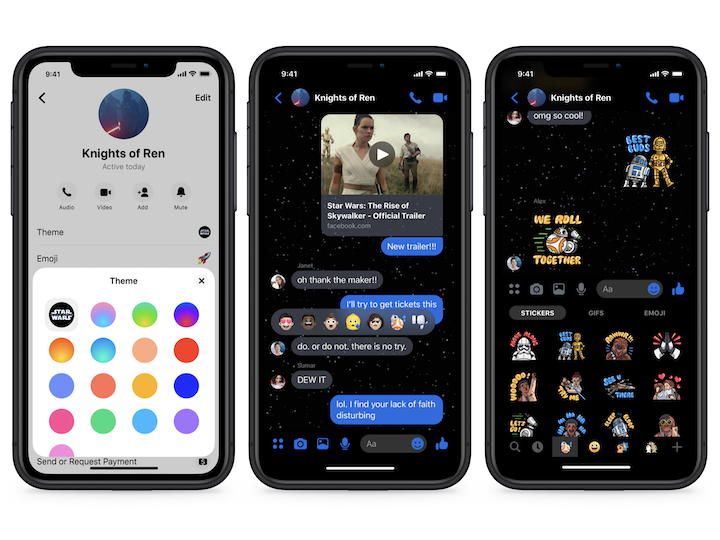 To change the chat theme, simply tap on the chat name, click on Theme, and select Star Wars. Users may need to update to the latest version of Messenger to have the theme.