The National Bureau of Investigation (NBI) Cybercrime Division has arrested the alleged hacker of the Commission on Elections website. 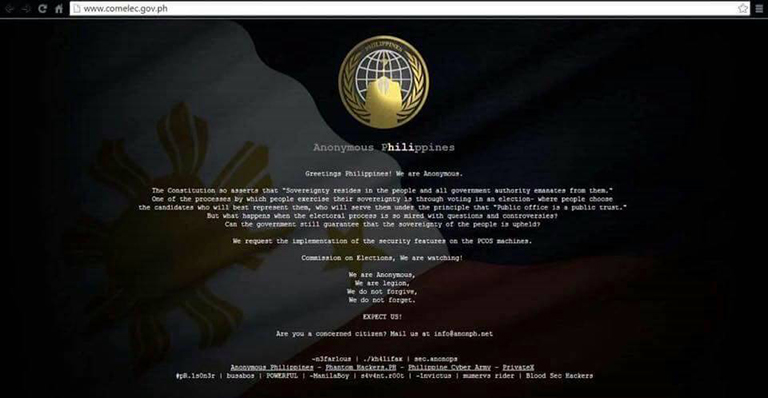 The suspect was arrested in Metro Manila Wednesday night, April 20. According to tweets posted by journalist Zyann Ambrosio, COMELEC Chairman Andres Bautista said that the hacker admitted that he defaced the COMELEC website.

Bautista also added that the hacking will not affect the upcoming elections except for the COMELEC website features like precinct finder.

The NBI is now determining if the suspect is involved in the hacking of other government websites.

Anonymous PH defaced the COMELEC website back in March. Another group, Lulzsec Pilipinas, has then uploaded the site’s database which includes personal information of 55 million registered voters to public domain. According to Trend Micro, it was considered as the biggest breach of any government data.