Unioil, one of the country’s known provider of car gasoline, has officially unveiled their first electric vehicle (EV) charging station along with the opening of their new Solar Hybrid service station at Congressional Avenue Extension, Quezon City. 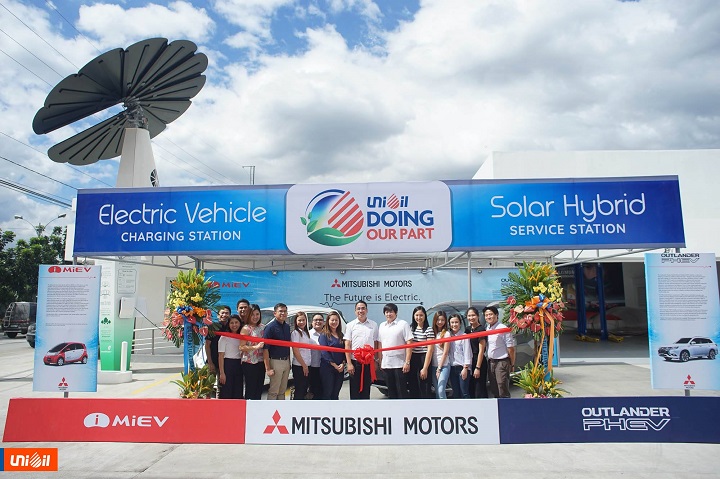 During the said opening Unioil also showcased two EV’s, the Mitsubishi i-MiEV fully-electric vehicle and the Mitsubishi Outlander Plug-In Hybrid Electric Vehicle (PHEV). The opening of their new station is part of their “Doing Our Part” campaign, which they launched last month. The campaign encourages Filipino’s to make a difference by doing small, everyday actions and responsible decision making by choosing a cleaner fuel option.

To keep the promise of “doing their part” and to reduce their carbon footprint, the newly opened Hybrid station is partially powered by solar energy. The station is equipped with Smartflower technology which is said to be 40% more efficient than conventional solar panels. Each Smartflower panel supposedly reduces the carbon footprint of Unioil’s service station by 4.7 metric tons annually. If you wish to know more about Unioil’s campaign head on over to their website here.

But lto have no registration rukes of ev. Maybe they right. Sec of lto is to slow