Pre-orders of Vivo’s upcoming Vivo V15 Pro have been spotted across various markets in the Philippines. 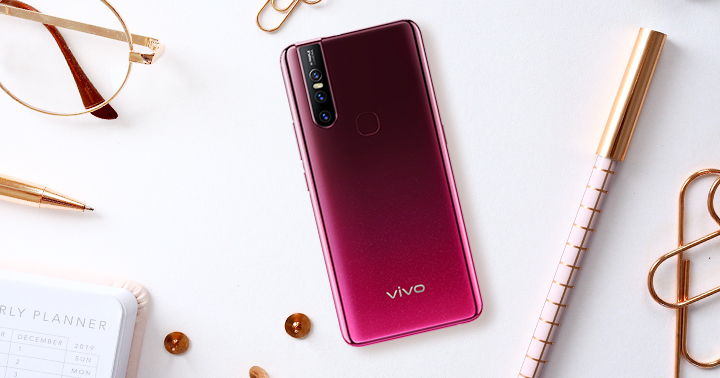 To be launched officially on March 20 in the Philippines, the Vivo V15 Pro sports a 6.39-inch 19.5:9 Super AMOLED Ultra FullView display, Snapdragon 675 chipset, 6GB/8GB of RAM, 128GB of storage, 32MP pop-up front camera, 48MP + 8MP + 5MP triple rear cameras, and an in-display fingerprint scanner. In the images floating around various marketplaces, it’s noted that pre-orders of the V15 Pro will come with freebies worth up to PHP 7,500. 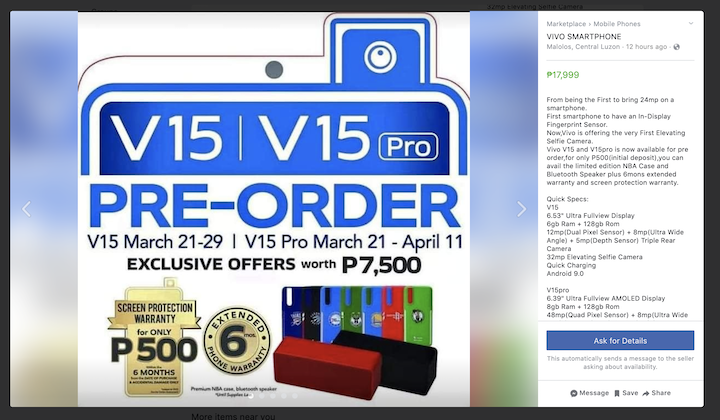 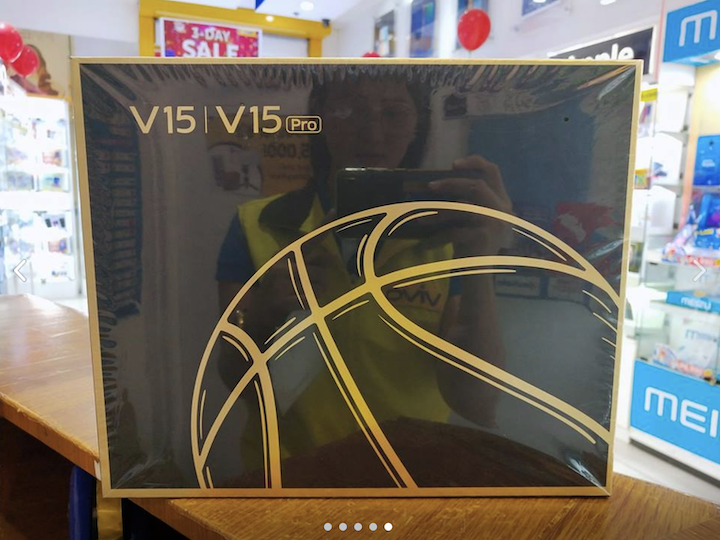 Upon opening, the contents of the box include a Bluetooth speaker and a limited edition NBA phone case. 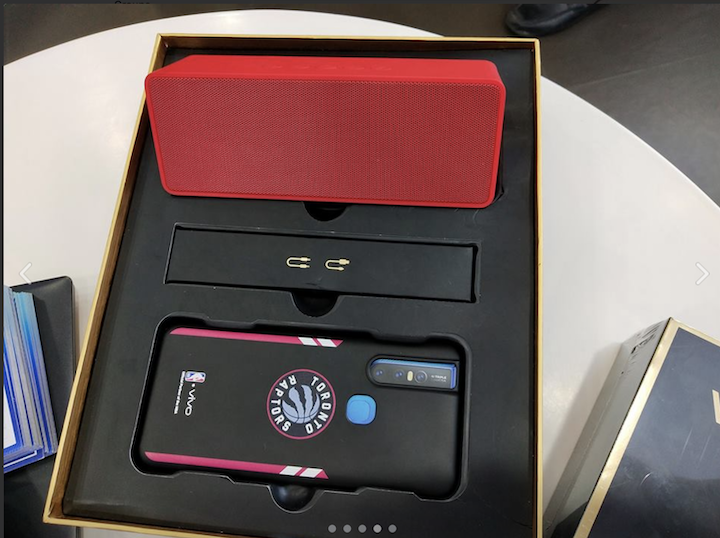 According to the Facebook posts, pre-orders for the Vivo V15 Pro will be from March 21 to April 11. Sellers have also put the price tag at PHP 17,999 but we’ll know the official SRP when it officially launches on March 20.