The company has not yet revealed any other information about the launch. However, as reported by GSMArena, three new smartphones under the Mi 11 series are expected to arrive: the Mi 11 Lite, the Mi 11 Pro, and the Mi 11 Ultra. All three smartphones have been frequently being reported to arrive soon.

The Xiaomi Mi 11 Lite is expected to come with a Qualcomm Snapdragon 775G chipset with a triple camera setup consisting of 64MP (main), 8MP (ultrawide), and 5MP (macro) sensors. However, the Mi 11 Pro and Mi 11 Ultra are expected to sport a large Samsung ISOCELL Bright GN2 sensor with 50MP resolution.

These flagship smartphones are also suggested to have a periscope shooter with 120x hybrid zoom and a tiny display on the rear for selfies. The key difference between the Pro and the Ultra is possibly their charging capabilities. 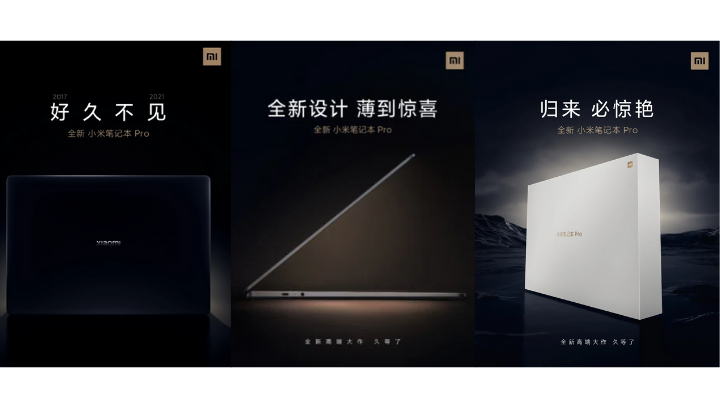 One of the posters confirms that the Mi Notebook Pro 2021 will be slim. Though, despite being thin, the laptop will still feature a 3.5mm headphone jack and a USB Type-C port.

The launch event will be live-streamed on YouTube and Facebook on March 29 at 7:30 PM (GMT+8). Stay tuned to our page for more updates.