Nearly two years after the world first heard about Covid-19, the impact of the pandemic on our country cannot be overstated. Foreign debt has ballooned to a ridiculous P11.92 Trillion (as of September). 4.25 million Filipinos are unemployed at a time when anyone can suddenly fall sick and acquire astronomical hospital bills. And nearly 3 million Filipinos have been afflicted with this highly infectious disease. 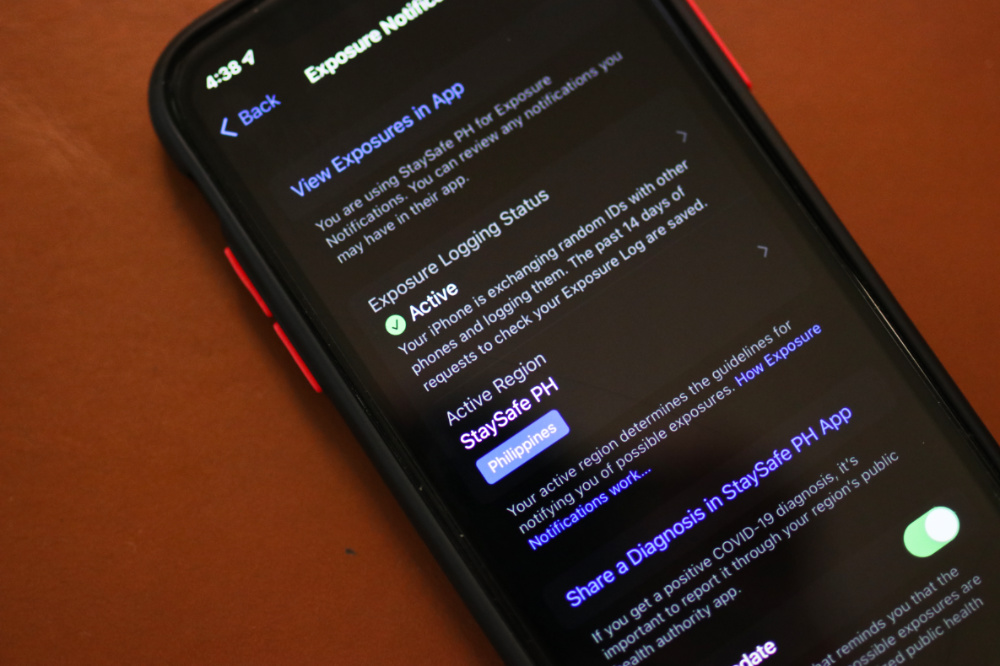 Contact tracing is a critical step in managing a pandemic. Finding and identifying people who had close contact with a person infected with the virus prevents exponential transmission. When systematically implemented, contact tracing can prevent outbreaks and disrupt the chains of transmission. Every expert in the world agrees that it is an essential public health tool for controlling the spread of the virus. And yet, even until now, we don’t have this easy, accessible tool as a nation.

But we have the StaySafe app, you might argue. Regrettably, the StaySafe app isn’t used in the whole country. Worse, it’s almost useless – to paraphrase Health Secretary Francisco Duque III. It’s just a log of people who come into a certain establishment. “It’s in our imagination that it is interconnected with the national government’s tracking system or the local government’s tracking system,” Senator Pia Cayetano once remarked. The app isn’t connected to a national database, does not report to the government where an infected person goes, and will only inform the user if they’ve been exposed to an infected person if that infected person himself chooses to publicly disclose their condition via the app. It’s all for show.

The Local Government Units (LGUs) try to pick up the slack by having their own contact tracing apps. Even some select establishments have their own versions. But precisely because it’s not being implemented on a national scale, the efficacy of such efforts is hampered at best and rendered ultimately useless at worst.

Local contact tracing is only useful if absolutely everyone categorically never travels across territories – a feat simply impossible as we’ve found out from the last two years. It’s no use if a person’s data stops working just because he stepped out of his locality. And even if LGUs decide to work together to share data, one broken server, one delayed update, one malfunctioning backend could destroy the chain and compromise data accuracy.

Furthermore, needing multiple contact-tracing apps discourages people from using the apps. I don’t know about you, but installing multiple apps and inputting all my info several times whenever I cross boundaries is frustrating. No wonder people aren’t being traced properly. It’s a hassle. It’s inconvenient. There is no good reason for it.

I’ve actually seen people use the wrong app, pretend to scan the QR codes at the entrances, and then just give up as soon as they’re in. Honestly, I can’t blame them. You can’t expect people to follow rules when the system doesn’t support easy implementation. It’s human nature — you work with or around it, not pretend that it doesn’t exist and blindly hope for the results you want.

Entrusting people’s data to multiple entities also compromises data security. Remember the deluge of scam text messages a lot of people on social media are complaining about? We can’t track down which database has been compromised (or sold) because our data is on multiple repositories.

I hate to repeat myself, but you know what’s most frustrating about all of this? It’s the fact that there’s no reason we don’t have a national contact-tracing app already despite it being an easy solution. It’s not like it’s hard to develop or prohibitively expensive. We have a ton of talented coders and programmers in this country who can design the app. Most people have cellphones – implementation should be fairly straightforward.

Design the app with the government’s needs and ease of use in mind. Test the hell out of it and work out the kinks. Make sure the Department of Health (DOH) and all the LGUs use it. Mandate the telecom networks to provide free internet when using the app (if they can do it with Facebook, they could very well do it for a necessary health tool), then order all establishments, venues, companies, and any other places where people congregate to require it.

Done. It doesn’t have to be sleek or shiny. It doesn’t even have to be perfect right out of the gate – the important thing is to have it available and to start collecting data right away. Incremental improvements can be done later.

Needless to say, it won’t automatically translate to 100% coverage in the whole Philippines. There are areas beyond the reach of the Internet; there are people without access to the requisite device. But in the places where hundreds of people congregate – in cities, in malls, in public transportation – it’s a start.

Malaysia – a country sharing many similarities with the Philippines – has a national contact-tracing app called MySejahtera. It doesn’t have a lot of bells and whistles, but it works.

The check-in page shows your health status – including vaccination status and automatic update of Covid test results (if you’ve recently had one) – easily and clearly.

The app also doubles as your digital vaccination card.

The Homepage shows the other features of the app, government announcements, and even background information

If Malaysia can do it, there’s no reason why the Philippines can’t pull off a similar – preferably even better – version.

Some people might say that the number of COVID-19 cases is going down, and we might not need this anymore. To them, I say look at Europe with the COVID-19 resurgence and riots due to the return of lockdown. Look at South Korea where the government is scrambling to administer booster shots to vulnerable groups because breakthrough infections have started to grow again. Look at the U.S. where infections are climbing again and could soon hit 100,000 weekly average. Just because the numbers are going down today doesn’t mean they can’t explode again in the coming weeks.

If we want to return to our ‘normal’ way of life sooner – and to keep it that way – we need a simple, useful, national covid-tracing app. We need it now. Or if this government continues to stubbornly refuse to do so, it should be priority No.1 for the next administration.