Google re-introduced its most successful tablet in 2012 with a more powerful version of the Nexus 7. It’s lighter, thinner, faster, better — check out our full review of the Google Nexus 7 2013 after the break. 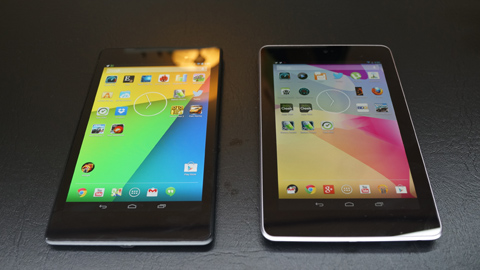 Before anything else, we recommend you to read up on our first Nexus 7 review back in August 2012 here. We’ve also updated that first-generation device to Android 4.3 Jellybean so we have a better comparison between the two.

The new Nexus 7 inherited a lot of its design and form factor from the old model. Most of the cosmetic changes were focused on making the 7-inch tablet thinner and lighter by a full 50 grams from its predecessor. Google changed the dimensions a bit, making the new Nexus 7 a little taller but with a smaller width. 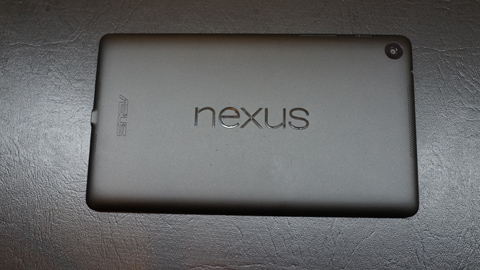 Gone is the two-tone color (black with silver trimmings) of the old one and replaced by a monochromatic dark color. While the front panel is still fully covered by glass (Gorilla Glass), the back side is now replaced by a smooth, matte finish with a rubbery feel to it.

The sides are more tapered towards the edges making the power button and volume controls on the right side harder to figure out. We actually prefer the dimpled surface of the older model as the new one feels a bit slippery on the hands.

There’s a large Nexus logo right in the middle and a smaller Asus logo at the bottom end. The over-all size of the Nexus 7 v2 is actually more comfortable on the hands and it is easier to hold (or grasp) with one hand.

The Nexus 7 has been bumped up to a full HD IPS LCD display, effectively making the screen resolution among the highest we’ve seen in a tablet. The Nexus 7 joins the Nexus 10 which earlier got a WQXGA resolution and put both tablets in the realm of 300ppi and above. 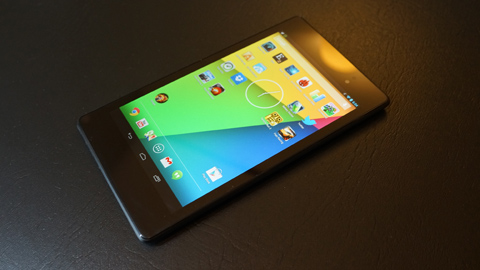 One can definitely see the difference in the display quality once you have full HD resolution on a screen this size. It’s more evident when you watch full HD movies and browse the web as the details are much more apparent compared to the old model with 720p. We also noticed the screen is generally brighter when cranked up to the highest settings. We also notice the contrast ratio and color gamut of the new one is noticeably better. If you have any of the recent Nexus devices with you, we’re pretty sure you already have the Android 4.3 update already. The native UI as well as the additional features and functionality included in the 4.3 update are all there (see list of new features here). 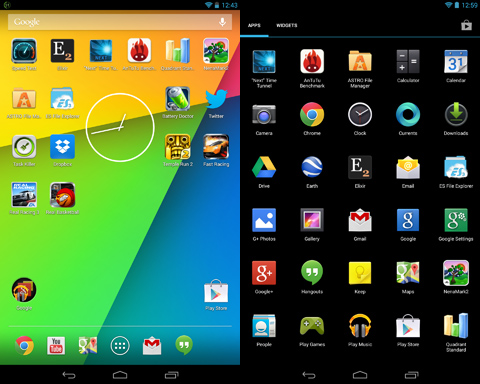 The interface is pretty much basic and already familiar to a lot of folks who own any of the Nexus devices. Perhaps the biggest advantage in the software front is that the Nexus 7 will be the very first device to get the latest Android OS updates from Google when they come out.

The old Nexus 7 wasn’t a multimedia powerhouse when it first came out. The second-generation Nexus 7 fared almost the same. Google added a pair of speakers at the back (both top and bottom end) yet we found the audio quality lacking in bass and even in volume. 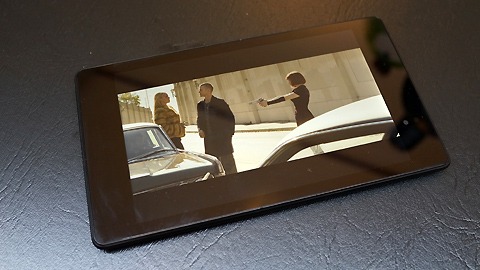 The inclusion of a 5-megapixel camera is a new one. Its absence in the first model was a way to cut down on hardware cost but this time it looks like they’ve managed to include a pretty decent rear camera. 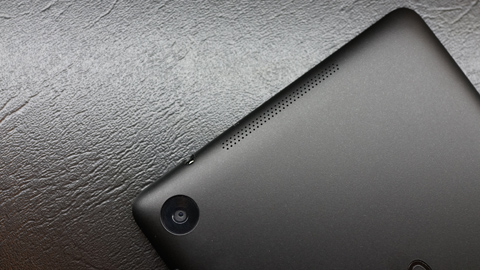 Here are some sample photos taken with the 5MP camera:

Photo quality is actually pretty decent even under low-light conditions.

The device works really, really well. Navigation and transitions are very smooth, apps load pretty quick and the system can handle more than a dozen simultaneous running apps without chocking. The quad-core processor and 2GB of RAM handled anything we threw at it. 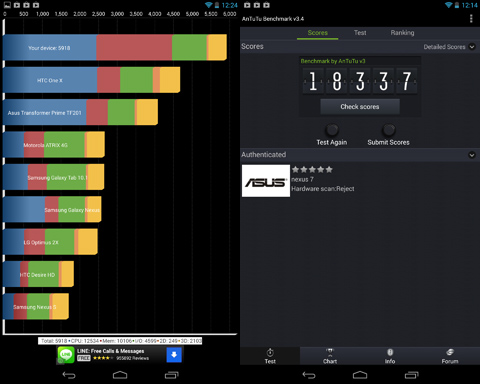 Our usual test bench showed much better performance scores over the previous model with Quadrant score of 5918, an Antutu Benchmark score of 18,337 and NenaMark2 score of 59.3fps. It doesn’t have the latest Snapdragon 600/800 chip in it but the Qualcomm Snapdragon S4 Pro 1.5GHz is definitely more than enough and significantly better than the NVidia Tegra 3 chip.

While the new Nexus 7 has option for LTE connectivity (model yet-to-be released), there’s no call functionality here. Everything else is available though — WiFi, Bluetooth, NFC and GPS. 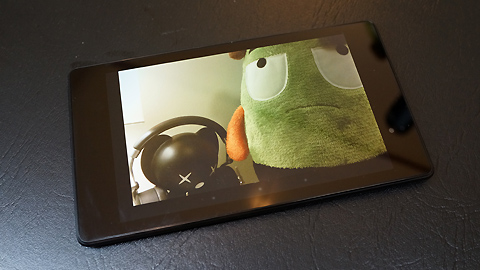 One of the things that were sacrificed due to the thinner and lighter form factor was the size of the battery. It was reduced from 4,325mAh to just 3,950mAh which is around 10% reduced capacity. Add to the fact that the display resolution is now at full HD, we were initially worried that this will greatly impact the battery life of the device.

However, using our standard battery bench, we managed to squeeze in 9.5 hours of battery life while playing a full HD movie in a continuous loop at 50% brightness and 0% volume. This is actually higher than the old model we tested before (we ran the same test on the old Nexus 7 and it gave us 8 hours and 15 minutes). 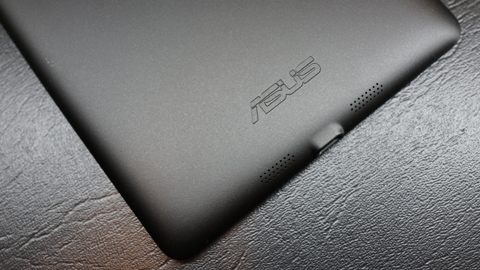 The longer battery life can be attributed to the optimizations done by the chip and Android 4.3. It is also well worth to note that the new Nexus 7 supports Qi wireless charging but we’re unable to test that feature yet.

The 2nd-gen Nexus 7 is, without a doubt, much better than the old one. From the form factor to the hardware, all aspects of the tablet have been improved. New technologies like LTE and Qi have also been incorporated and the shortcomings of the older model have been fulfilled. 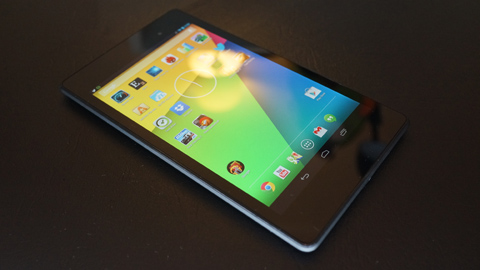 With a retail price of $269 (plus tax), it definitely puts it ahead of all other Android tablets around, beating even the iPad Mini in so many aspects.

The LTE model is not yet released and we’re not sure if it will be compatible with Globe and Smart LTE bands. We will acquire and test once they become available. 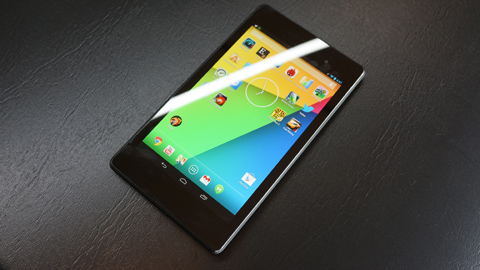 What we liked about it:
* Great performance
* Full HD display
* Qi wireless charging

What we did not like:
* Weak speakers
* No expandable storage

Editor’s Note: The 2013 Nexus 7 is not yet officially released in the Philippines. Our review unit was bought straight from Best Buy in the United States for $269.