Announced by Acer just a few weeks ago, the Aspire Switch 10 was spotted in one of the local stores and selling for Php19,990.

This 10-inch tablet hybrid comes with a docking keyboard and powered by a quad-core Intel Atom processor. 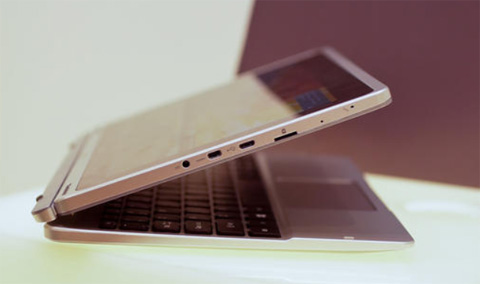 The Switch 10 could complement the existing 8-inch Iconia W4 hybrid tablet-netbook which Acer has been marketing locally for months, both of which have almost the same specs.

The 2-cell battery is capable of operating for 8 straight hours on a single full charge. The Switch 10 was spotted in Villman which they could have acquired via parallel import.