When the Cherry Mobile Tegra Note 7 came out a lot were debating if this could go head-to-head with the Google Nexus 7 2013 thanks to its lower price tag and extra features. To find out, let’s compare the two 7-inchers in a spec battle to see which one has the advantage on paper. 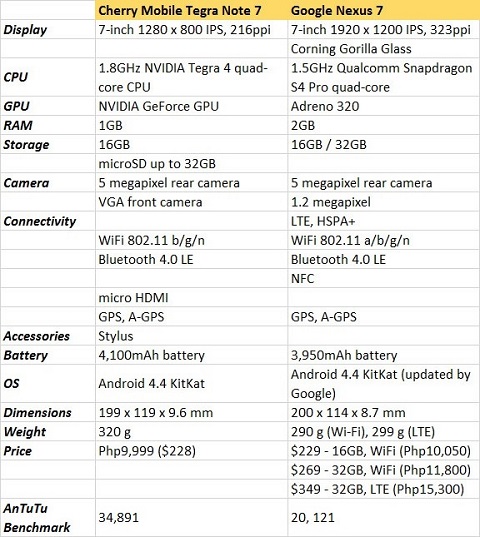 LTE connectivity is also one of the main features of the Nexus 7, however, it is only available for the more expensive 32GB variant. An LTE-capable CM Tegra Note 7 with 16GB capacity is also on the way which should be more affordable.

You can read our quick review of the Cherry Mobile Tegra Note 7 here.