NVIDIA’s Tegra 4 is a very promising processor with a powerful GPU that can virtually play any graphic intensive games within the Play Store plus the exclusive enhancement with select games through TegraZone. Aside from the NVIDIA Shield, this 7-inch tablet also has Tegra 4 under the hood. Read on to know more about the Homecare Fly One Tegra Note 7. 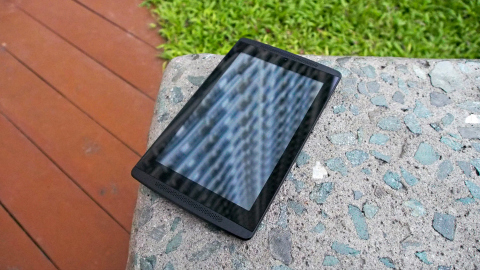 This Tegra Note 7 tablet has the generic look of any modern tablet in the market today with an addition of front-facing stereo speakers. One might say it sort of looks like an HTC One. 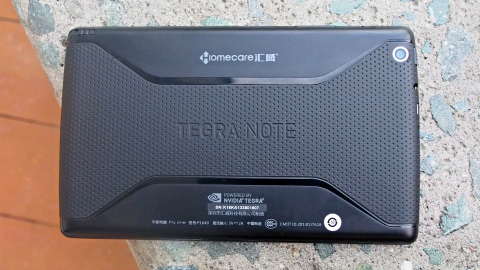 The left side of the device is pretty busy with the micro-USB port, mini HDMI port, 3.5mm headset jack and the power/lock button. On top are the microSD card slot and volume rocker. There is a slot for the stylus on the upper-right portion of the device. 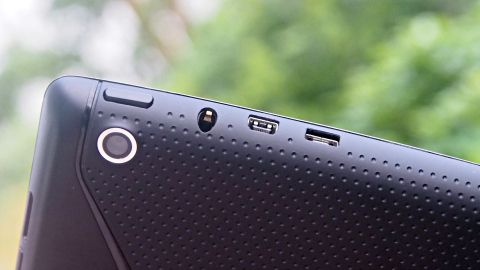 Once you get a hold of the device, a disappointing factor comes in. It’s made of polycarbonate with questionable build quality. This Tegra Note 7 has creaks and stiff buttons. The power button has a cheap feel when pressed and the volume rocker is no exception.

It sports a 7″ IPS LCD with a resolution of 1280 x 800 (215 PPI). It may not sound much compared to its competitors like the Nexus 7 and iPad Mini Retina, the display is adequate for gaming and multimedia playback. Hence, we can say that the display quality is at average. 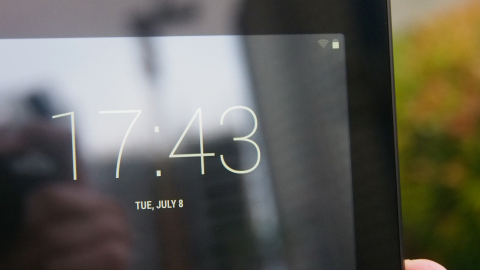 The HD resolution means less pixel to power which results to a smoother frame rates in gaming which is a great advantage but cumbersome when viewing images and videos. Good thing its wide viewing angles cope up with its shortcomings. We also noticed that the display has a warm tone which is much noticeable when viewing web pages due to white backgrounds.

This Tegra Note 7 comes with Android 4.2 Jelly Bean out of the box and the Android 4.4 KitKat update will come after. We suggest to update immediately because we had 4 updates since unboxing. 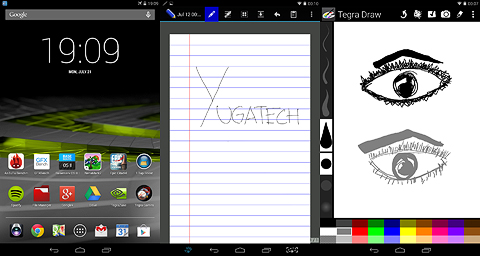 There is no skin on top of Android for this one, no bloatware as well. Just pure Android goodness which results to fluid performance and quick screen responses. 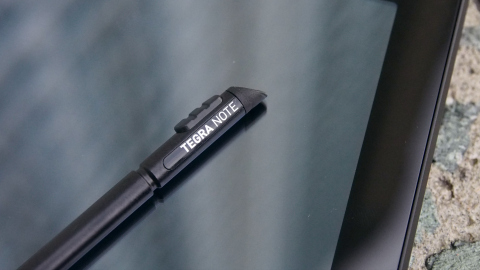 The only app that is included out of the box is a different camera app, Tegra Draw, and Write. The two latter apps is designed for the included stylus.

While a 5-megapixel camera may sound good for a tablet but that’s only on paper. It is actually a mediocre camera good for taking shots only in good lighting. The front camera is also for casual video calling, not for your beauty selfies. 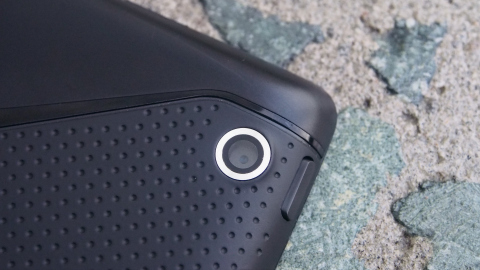 There’s also a 720p video capture with the same picture quality with the stills. While a tablet is not really meant for picture taking, Tegra Note 7’s camera performs below average.

It’s front-facing speakers on the other hand is pretty loud but tinny. It also has a “unique bass reflex port” which is seems to do nothing to enhance the overall sound quality.

Since this is a Tegra 4 tablet, we expect great gaming performance. Yes, the processor is suitable for intensive games but the 1GB of memory hinders its full potential. Games like Asphalt 8 and the like shows a hint of skip frames and stuttering after playing for a while. It’s not a detrimental issue but we hoped for a larger memory. 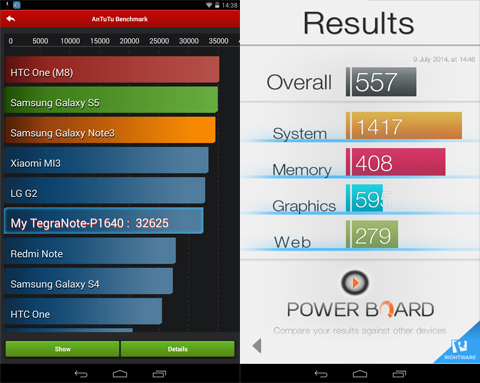 Benchmark results are very good though. It scores on top of other tablets and matches the current smartphone flagships.

After having the Tegra Note 7 for a couple of weeks, we could say it’s not the best 7-inch tablet in the local market today. The issues of build quality, screen resolution, and speakers are to be considered when purchasing this Tegra 4 powered tablet. The good-old Nexus 7 (2013) is still the best option but it does not have a stylus and the exclusive Tegra-enchanced games. 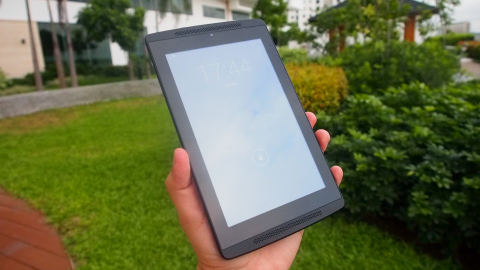 In the end, the purpose of your purchase for a tablet will tell you which product you should buy. If you need Tegra 4 and a stylus for digital sketching, then you may purchase this tablet with sleeve included at Reeco for Php 12,499 here.

What we liked about it:
– Great performance
– Affordable
– Built-in stylus
– Stereo speakers

What we didn’t like:
– 1GB of RAM can be a bottleneck
– Smudgy stills
– Questionable build quality