Just a few hours after we had press renders leak into cyberspace, Microsoft has finally made its new hardware — the Surface Laptop — official. 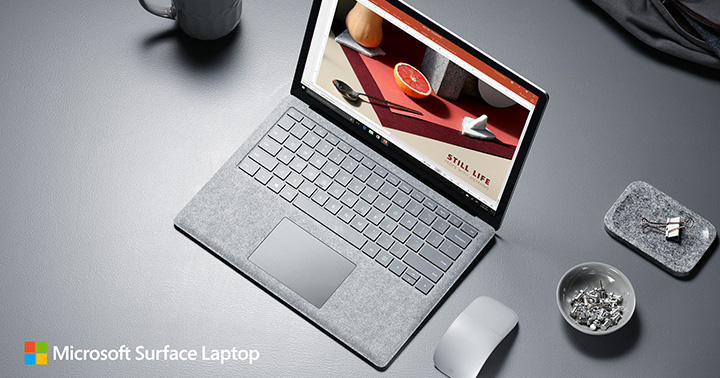 The Surface Laptop will pack in a 13.5-inch PixelSense display amounting to a 3.4MP resolution, combined with top-notch hardware and the Redmond giant’s new Windows 10 S operating system in tow. It touts a synergy of metal, polycarbonate, and fabric, and will arrive in four colors — Burgundy, Cobalt Blue, Platinum, and Graphite Gold. Microsoft also boasts of up to 14.5 hours of battery life on the laptop despite it being just about 14mm thin, with the world’s thinnest LCD touch module on a laptop.

Microsoft touts that the Surface Laptop performs 50% better than rival Apple’s MacBook Air despite being a lighter device. The Surface Laptop is also compatible with currently available Surface accessories such as the pen, the dock, and the dial.

The Microsoft Surface Laptop will be available starting at US$999, or roughly Php50,050 before taxes and other fees, for the least powerful Intel Core i5 version with 4GB of RAM and a 128GB SSD, and comes with a free year of subscription to Microsoft Office 365 and a Microsoft OneDrive allocation of 1TB. Pre-orders are now available in the US, and will hit stores on June 15th.