Manufacturers can only do so much to improve PC peripheral like gaming mouse. In fact, most of the so-called innovations we’ve seen in the past few years have mostly been marketing BS. But the folks over at MionixLabs are looking to shake things up a bit with the Mionix Naos QG – the world’s first gaming mouse with a built-in heart rate monitor and Galvanic Skin Response sensor! 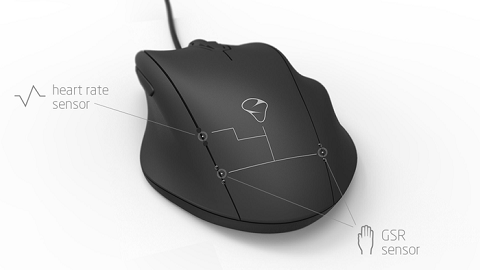 Mionix decided to pattern the design of the Naos QG from the Naos 7000; and for good reason since it is regarded by many gamers and tech websites as one of the best gaming mice in the business.

But what set this rodent apart from other “innovative” gaming mice out there actually has little to do with its ergonomic design and superior build quality, rather what lies underneath its skin. 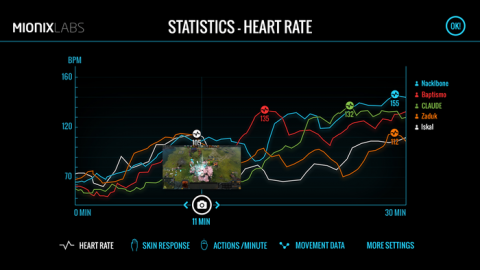 Mionix engineers has placed a pair of sensors inside the Naos QG; one tracks your heart rate and the other measures the gamer’s stress level in real time. The data gathered by these sensors can be analysed or overlaid on the users screen with the accompanying Quantified Gaming (which by the way what the QG stands for) Software that the team is also developing.

To give you guys a better feel of how these sensor works in real life, here’s a short video courtesy of MionixLabs:

MionixLabs is currently running a Kickstarter campaign for the Naos QG and is looking to raise a hundred grand to make their vision a reality. But with only four days to go, they’re still USD12,000 short of their target, so if you’re interested to support their project (and probably be the first few proud owners of a Naos QG), don’t forget to head over to the source link below.