You think Qualcomm’s Snapdragon 800 is the reigning beast? Think again, as the company has just announced its highest performance processor that can deliver the highest-quality mobile video, imaging and graphics experiences at Ultra HD (4K) resolution – the Snapdragon 805. 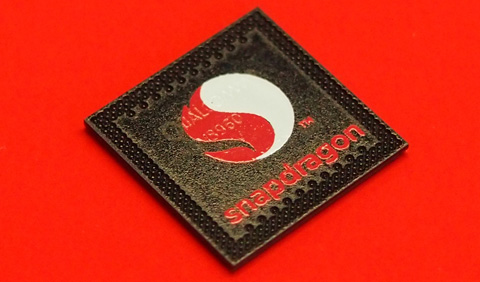 According to Qualcomm, the Snapdragon 805 is the “next generation mobile processor of the Qualcomm Snapdragon 800 tier”. It features the new Adreno 420 GPU which is capable of producing 40% more graphics processing power than its predecessor, it has Ultra HD support, 4K video capture and playback, and enhanced dual camera Image Signal Processors (ISPs). To top it off, it sports the Krait 450 quad-core CPU, the first mobile CPU to run at speeds of up to 2.5 GHz per core, plus superior memory bandwidth support of up to 25.6 GB/second.

The Snapdragon 805 processor is sampling now and is expected to be available in commercial devices by the first half of 2014.