What are These Ancient PC Ports For?

You may have already seen them in the past. Maybe you saw them on your uncle’s friend’s office desktop, on some old traditional laptops, or somewhere in your local computer shops—that’s probably dissolved by now. We all might have hazy memory of this stuff, but ever wondered what are these ports for? Well, at some point I bet these common ports have served their purpose in the past, and surprisingly, some of these ports endured technological advancements still existing up to this date.

Let’s play a game, shall we? See first the list of ports below then make your intelligent guesses on what they do. If you got it all correct — either you must be very good at prediction or you’re very familiar of these computer stuff.

LPT or “Line Print Terminal” is the logical name assigned to parallel port #1 in old PCs. Yep, the hint is on the name, and it was generally used for printer communication. A “parallel port” uses D-shaped 25-pin female connection that provides an interface of multiple wires to execute ‘parallel communication’ which means sending and receiving large bits of data simultaneously. This is not present in modern PCs anymore but back then, up to three parallel ports can be designated with LPT1 as default (consecutively LPT2, LPT3). Aside from printer communication, hard drives, CD drives, and compatible camera equipment were also utilizing this port. Parallel ports were the alternative to “serial ports” because of their faster data transmission speeds in a parallel fashion. 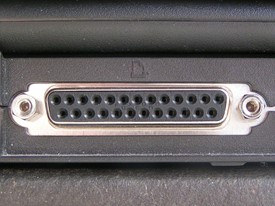 Serial port (also known as RS-232). In contrast with parallel ports, “serial ports” provide slower data transmission speeds as it sends data bits by bits at a time. Also known as RS-232 port, serial ports were the standard for early computers to connecting mouse, modems, security cameras, and other peripherals. While old Mac computers used this port mainly for printers. A serial port uses 9-pin D-shaped male connectors which executes ‘serial connection.’ Due to its slower speeds, it was superseded by USB on desktop computers. Fortunately, USB-to-serial port adapters are still available to establish connections between new and old peripherals.

PS/2 port whose name is derived from IBM’s Personal System/2 series of PCs. Nope, it’s not related to PlayStation. It uses 6-pin mini-DIN connector for mice and keyboards connections to compatible PC. The port was later used by non-IBM PCs, and it first appeared on laptops then on desktops. Eventually, PS/2 connections were also replaced by USB, not until in the 2000s when PS/2 ports made a comeback to motherboards. Thanks to its interrupt-driven design, the PS/2 interface has lower latency for keyboards which is great for gaming purposes. 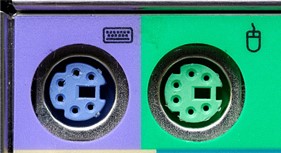 AT port is similar with PS/2 port but it solely catered keyboard connections. Only first and second generation of IBM personal computers used the 5-pin DIN connector for AT port. Non-IBM PCs apparently did not adopt this type of port. 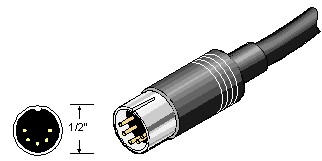 AT Port and AT Cable

FireWire port, also officially called as IEEE 1394 High Performance Serial Bus (HPSB), is a high-speed computer data-transfer interface used to connect PCs, audio/ video devices, and other professional/ consumer electronics. Firewire port was mostly developed and promoted by Apple Inc. for video transmission. Apple trademarked “FireWire” for their own use in 1993, and early versions of iPod could connect via Firewire. Sony Corporation also trademarked IEEE 1394 as ‘i.LINK’ and it had a different look from Apple’s FireWire. Because of its fast transfer rate, it was frequently used for professional video editing and real-time video transmissions. Unfortunately, the USB was at it again, ending ports’ careers, thus the last Apple computer with FireWire was released in 2012. 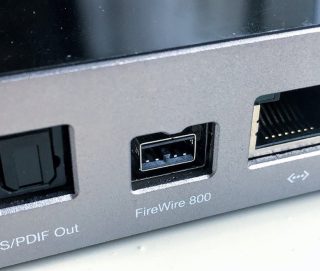 RJ-45 port has many names such as the Ethernet port, the network adapter, or the network jack. The Registered Jack-45 is a common interface for data network connectivity that connects to the plug with twisted wire pairs and 8-pin modular jack. The “RJ” nomination refers to the design of the socket (port) and the plug, not the physical appearance of the plug. RJ-45 jack was primarily intended for telephone connector, subsequently, it is now heavily adapted to computer peripherals to establish internet/ networking connection. Luckily, USB couldn’t be the ‘jack of all trades’ (pun intended) since RJ-45 ports remained in modern PC parts. SCSI port, short for Small Computer System Interface and pronounced as “SKUH-zee,” is a hardware interface for up to 15 peripherals—such as hard drives, CD-ROM drives, and scanner equipment—connected to one expansion card called a ‘SCSI host adapter’ thru external and internal hardware connections. This is called a SCSI daisy chain topology. SCSI ports were popular in the past and many iterations have been developed; however, it has been superseded by faster connection types such as SATA ports. 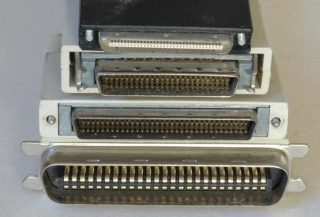 VGA port or Video Graphics Array port is a display standard developed by IBM thru PS/2 personal computer series. VGA debuted with a 640×480 resolution color display with a 60Hz refresh rate 16 or 256 colors (when resolution is toned down to 320×200) displayed at a time. Gradually, lots of VGA variants have emerged in reference to their supported resolution output, such as SVGA (800×600), WUXGA (1920X1080), WQUXGA (3840×2400), and the likes. The VGA port has been widely used even before the introduction of HDMI, DVI, and DisplayPort. Today, electronic manufacturers such as Asus, HP, and Lenovo are still putting VGA ports on their desktop computers for legacy monitors. 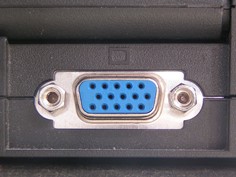 In hindsight, most of them are replaced by USB or Universal Serial Bus, and there have also been many iterations of this port such as USB 3.0, and USB Type-C that deliver much faster data transfer and power delivery. Science and technology are always advancing, and only time would tell when some other ports would go away and what ports are to be introduced in the not-so-distant future.

Alright, did you guess them all correctly? Out of eight ports mentioned, how many did you get right? Comment down below your score to assert your incredible awareness.