Unlike in the smartphone segment, consumers have lesser options when it comes to tablets. Nevertheless, we rounded up our list of best tablets that you can reward yourself or buy for your techie significant other this holiday season. 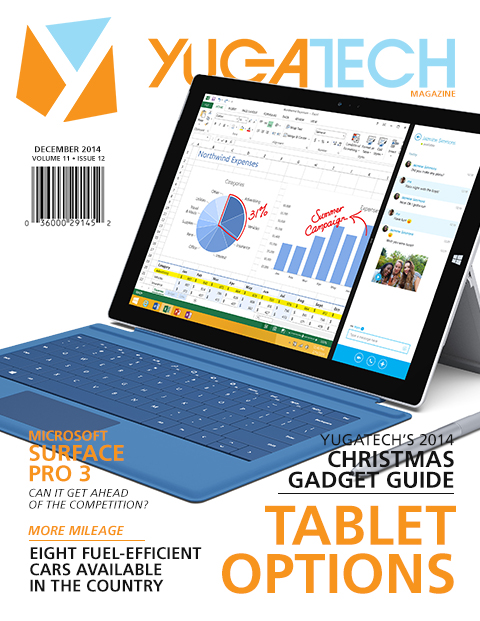 If you’re on a tight budget, you can easily find a decent 7-inch slate that costs around three to four grand. Apart from the ones you can see on booths of some unknown brands, Cherry Mobile also has a few tablets (Fusion Breeze 2, Fusion Aura and Superion Radar) that costs less than Php3,000.

Have an extra grand or two to shell out? If you’re looking for a tablet from a reputable brand, we highly recommend these two: the Acer Iconia B1-730 and the ASUS FonePad 7 (FE170CG).

When it comes to bang-for-the-buck tablet, I think we can all agree that the Acer B1-730 takes the cake for its ridiculously-competitive price tag (Php4,488) and pretty decent features you don’t usually see in a tablet at this price point.

Now if you want phone functionalities with your tablet and you don’t mind shelling out a little extra on it, the ASUS FonePad 7 FE170CG should be a good choice. Priced at only Php5,995, this tablet offers strong battery life, great sound output and it can also double as a dual-SIM smartphone for your voice call and SMS needs. 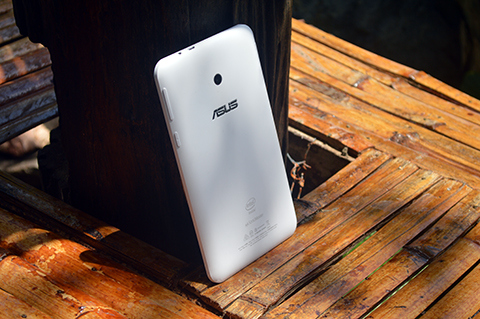 Tablets running on Windows 8 are slowly becoming more and more affordable. Sadly though, most of them have not made it to our shore. Luckily, there are a few like the HP Stream 7 which currently retails for Php7,999 that are locally available for consumers who wants full Windows experience on their tablet PC. Now if you’re into graphics intensive games, then the Cherry Mobile Tegra Note 7 should be a good candidate. As its name implies, this Php9,999-worth slate (non-LTE variant) is powered by a 1.8Ghz quad-core processor from NVidia with 1GB of RAM, as well as a 72-core NVidia GeForce GPU. Despite of being the oldest in the group, the 2nd Gen Google Nexus 7 is still a worthy consideration if you’re looking for a sub-Php10K, 7-inch slate. If you know where to look, you can get the 16GB WiFi-only variant of this tablet for under Php10,000 which is quite a steal considering that it has full-HD display, Snapdragon S4 Pro CPU paired to a 2GB of RAM. 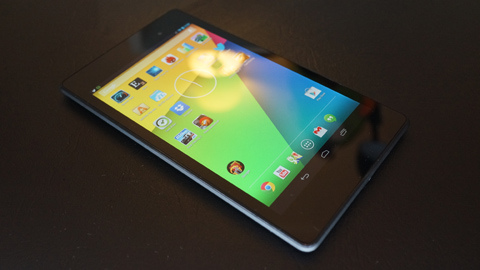 Folks that want to complement their existing Apple devices with iPad Mini 3 (available in some online stores). Or you can settle with the iPad Mini 2 if you want to save a few bucks.

If you’re not into the iOS platform though, here are some non-Apple options that you can choose from. 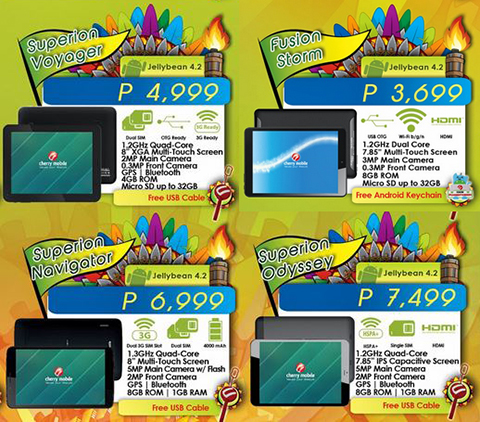 Much like in the previous category, Cherry Mobile offers budget-conscious buyers with a set of affordable 8-inch slates that ranges from Php3,699 (Fusion Storm) all the way to Php7,499 (Superion Odyssey).

Starmobile also has a couple of 8-inchers namely the Engage 8 Quad+ (Php6,990) and the Engage 8 3G (Php9,990). These are slightly more expensive than CM’s offerings, but both of them feature aluminum bodies which makes it easy to justify the price difference.

For those of you who don’t mind not having data connectivity on your tablet, the Acer Iconia Tab 8 should be an interesting proposition. Priced at Php10,990, this tablet sports a IPS display with WUXGA (1920×1200) resolution, quad-core Intel Atom processor with 2GB of RAM and an expandable 16GB of internal storage.

Acer also has something for the Windows lover out there. The Acer Iconia W4-820 has a “Zero Air Gap” IPS display with HD resolution, slightly the same internal configuration, but it runs on Windows 8.1 and it comes with a bundled wireless keyboard. These minor improvements do cost extra though, extra eight grand to be exact, which may be a little too hard to justify. On the other hand, if you don’t mind splurging a bit for your 8-inch tablet, the Samsung Galaxy Tab S 8.4 should be worthy investment. The combination of its flagship specs, and its sub-Php18K price tag (see listing here) makes it a real must-have. 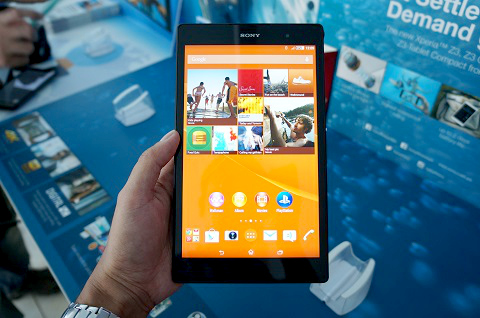 But if you want a slate that can handle a good amount of water, the new, but pricey, Sony Xperia Z3 Tablet Compact is a good choice. The IP68-certified tablet has a price tag of Php31,990.

Unlike last year, the Apple iPad Air isn’t the only note-worthy candidate in this year’s Christmas Guide. 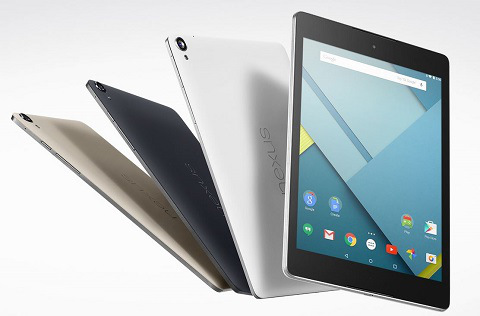 It’s now joined by the Google/HTC Nexus 9 which has unofficially made available locally though Kimstore.

Consumers have fewer options to choose from in the 10-inch department, but the Cherry Mobile Alpha Morph is a little hard to beat because it combines decent specifications with super competitive price tag (Php11,999). 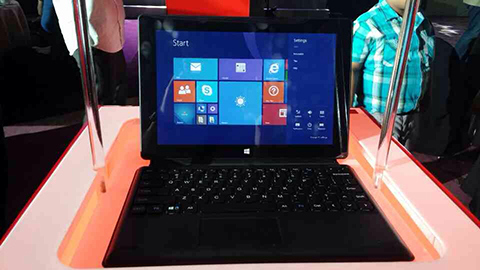 Now if you want more storage and significantly better build, then look no further than the ASUS Transformer T100T. It costs two times more (Php23,995) than the Alpha Morph, but you get a more respectable keyboard with 500GB of storage built-in, a more pixel-packed display, and a more powerful processor.

The 10-inch variant of the recently launched Lenovo Yoga Tablet 2 should also be on your shortlist, especially if you’re looking for an Android slate with a 10-inch display. It’s currently being retailed for Php19,999, but the first few buyers will get an instant Php1,800 off on its SRP when bought from any of the Lenovo Exclusive Stores nationwide.

Now if you really want to go big, we have a couple of impressive slates here running Android and Windows. As expected, these two don’t come cheap. 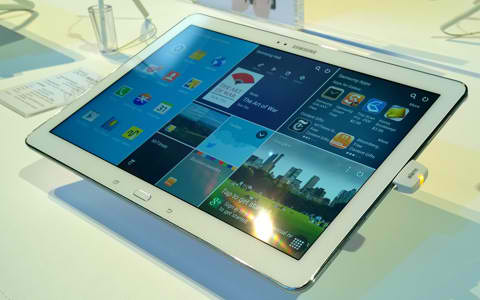 For Android lovers, we have the Samsung Galaxy Note PRO 12.2 with an introductory price of Php36,990 for the WiFi-only model. 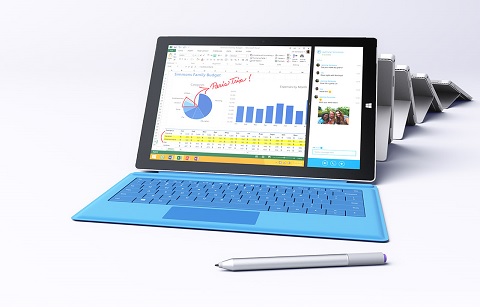 But if you want a portable workhorse, you can get the Microsoft Surface Pro 3 which is now available at Villman for Php69,999.

There you have it guys! That’s our Christmas Gift Guide: Tablets for this year. We hope our list helped you out in picking the right tablet for you. If you have any suggestions, feel free to let us know in the comments field below.

can you guys check out the qube phonetab. its an 8inch tablet with a quadcore cpu 1gb of ram.. i think it’s worth a look…

Where can I buy the Acer Iconia W4-820 here in the Philippines?

Acer listed its partner stores with location on their facebook page. Hope this helps.

The FE170CG is actually just only 5495 officialy. It got a price drop last December 1.

I would add the LG G Pad 7.0. I bought it last week for only Php 6,000 brand new, and it has been serving me well thus far. The battery life is wonderful! The longest screen-on time I’ve had is 11hrs 56mins, with my usage involving mostly browsing the Net and reading e-books, with a little bit of YouTube, Samurai Siege, and Ultimate Spider-Man on the side. The only drawback I see is the small 8GB of internal memory, but I guess that’s to be expected. It’s a real steal for the price.

what about Nokia N1? is it available?

I would like to mention the LG G Pad 8.3 which I bought a couple of months ago for about P11K only. Very decent and beautiful 8″ tablet. The price might have went down further by now. If you find one, grab it if you have the budget.

Hello can you also do a guise for hybrids (laptop/tablet)? Thank you

can you also do a gadget guide for laptops? thanks

Check out the following days, we have everything lined up ;)

Hi Rex, it was initially included in our list but it was replaced by the FonePad 7 because it’s cheaper and has data connectivity and phone functionality.

That doesn’t mean though that the MeMO Pad 7 is not a good tablet. In fact, if you can live without the phone features and can spare an additional Php1,000, you should benefit from faster processor, two times more built-in storage, and better display by going for the MeMO Pad 7 instead of the FonePad 7.

Just what I was looking for. This guide just made my life easier. Thanks Yugatech!

What about Samsung’s Nexus 10, is it still available here?