First up is the PowerShot S110, the successor to last year’s S100. The S110 didn’t fall far from the tree and sports a 12.1 megapixel CMOS sensor, DIGIC 5 image processor, a large f/2.0 aperture and an enhanced HS System. GPS is no longer an option but Canon added WiFi connectivity so you can view your photos directly on your iOS or Android device using the Canon CameraWindow app. From there you can add GPS data on the images, save it on your device or upload it on Facebook. Another notable feature of the S110 is the multitouch capacitive touchscreen so you can now do the “pinch-to-zoom” gesture when viewing photos. 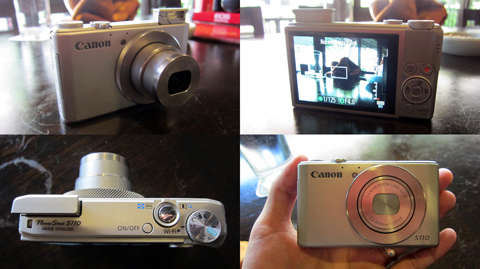 The Powershot S110 also boasts in night or low-light photography. Its new Handheld Night Scene mode takes two shots of the subject – one with flash and one without – then combining the two shots automatically. Take a look at the sample shot below: Next is the PowerShot G15 – the successor to the G12. The G15 claims to have the fastest Auto-Focus performance in its class with the capability of focusing on a subject in 0.17 seconds. It sports a 12.1 megapixel CMOS sensor, a DIGIC 5 imaging processor, and an upgraded lens with a maximum aperture of f/1.8-2.8. 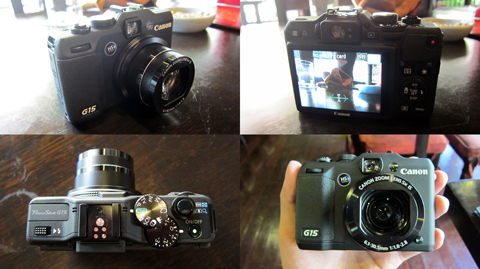 The PowerShot G15 has a price tag of Php28,998 and comes with a free 4GB SD card, camera case and 3-year warranty.

Last is the PowerShot SX500 IS which sports a 30x (24 – 720mm) optical zoom lens. This is backed up with Canon’s new Zoom Assist Seek function that helps the user keep track of the subject when zooming in, and an Intelligent Image Stabilization (IS) which counters camera shake especially when trying to take high-zoom photos. Canon also improved its Auto-Focus performance to complement the G15’s 16 megapixel CCD sensor and DIGIC 4 image processor.