Nikon adds J2 to their 1 series

Nikon adds J2 to their 1 series

Last year when Nikon joined the ILC bandwagon they had two entries representing them, the J1 and V1. Though not far behind from its competition, both of these ILCs, especially the former, struggled to win the hearts of shutterbugs.

Hoping to pick up where the Nikon J1 left of (which isnâ€™t that far from the store shelves), the renowned camera manufacturer is said to launch the Nikon J2 this September. The new ILC is almost the exact replica of the J1 with only minor improvements. 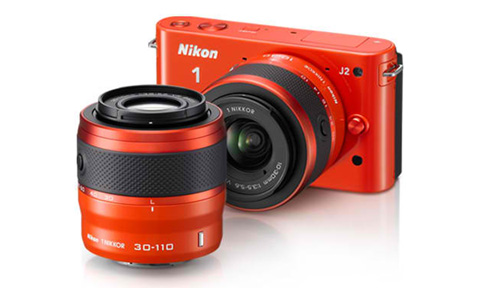 The only two differences between the two models hardware wise are the LCD, which is twice as dense at 921k dots, and the Mode dial which now has 2 additional options. Software wise, the Nikon J2 is slightly smarter than the previous model which automatically turns on when users extends the lens and turns off when they retract it.

Other than the two mentioned enhancements, everything else is pretty much identical. The Nikon J2 (including the 10-30mm f/3.5-5.6 kit lens) has a $549.95 price tag which is a hundred dollar cheaper than the J1. Weâ€™ll see if the price cut and the crisper screen finally gets the attention of photo enthusiasts.