Are we ready for Wearable Technology?

Are we ready for Wearable Technology?

We’ve been so engrossed with smartphones, tablets and several other consumer technologies. In fact, some of current tech seems to be overkill already – such as 1080p displays on a 5-inchsmartphone and multi-core CPUs in which platforms aren’t even fully optimized for yet. As time goes, manufacturers look to other elements to perfect and now they’re looking a good look at wearable tech; are we ready? 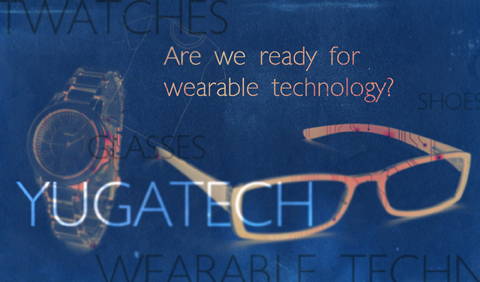 Personally, I do want manufacturers to perfect the smartphone before they look elsewhere. I might have even said that next year could be the year of smartphone cameras as I really like the idea of HTC’s UltraPixel, Nokia’s PureView and Sony’s Exmor RS — they focus on quality/technology over just plain megapixel count (Google’s next Nexus phone is rumored to have a great camera as well).

Moreover, we feel like these companies are looking at something more as each one are confirming that they’re working on something else other than a smartphone or a tablet — specifically a smartwatch.

Samsung has already confirmed that they are working on a smartwatch, while companies such as LG, Apple and Google were reported to be working on one too. This isn’t the first time someone’s making an intelligent wristwatch, as gadgets like the Motorola MotoACTV and the Sony Smartwatch are already available for purchase now. Why the excitement then?

A recent report from analysts say that the time is ripe for smartwatches. If we make that a given, we still can’t deny the fact that companies aren’t only working on smartwatches – but also on other gadgets that you wear. Google already has Glasses for next year, and just recently, they just showcased a talking shoe. Over at the gaming zone, Oculus VR already has the Rift – a head-mounted virtual reality gaming device which is currently being funded and developed.

But let’s get back to the consumer. Do we really need a watch just to check on our notifications when we can just pull out the phone out of our pockets? Or a pair of glasses to take photos when you have a more capable camera lurking in your bag? Above everything else, would it appeal to 3rd-world countries such as the Philippines? Leave your comment and opinion below.