GoPro app for Android now out

GoPro app for Android now out

Just two weeks after the release of GoPro app for iOS devices, the company has just recently ported the app to the Google Play Store for Android 4+ users. 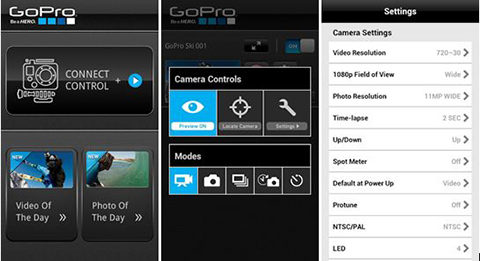 One of the limitations of the GoPro cameras is its lack of display, that’s why the California based manufacturer made a companion app to address just that. Not only does this app lets users see what the snapper sees, it also allows them to control some of the camera’s basic features (Power On/Off and Start/Stop recording) and give info about the camera’s battery and storage status.

Here’s a short video tutorial on how to sync your GoPro camera with your handset and the things you need to have in order to do so.

Unfortunately, the GoPro app only supports the HD Hero2 for now, but we assume that the recently launched GoPro Hero3 will be included in the subsequent version of the app. The company also mentioned that they’re planning to include features like video and photo streaming from camera to device/web, SNS sharing and multi-camera control.