iOS 10 is already on 54% of Apple mobile devices

Apple has released official figures of the adoption rate of their latest mobile operating system, iOS 10, and things are looking pretty good. 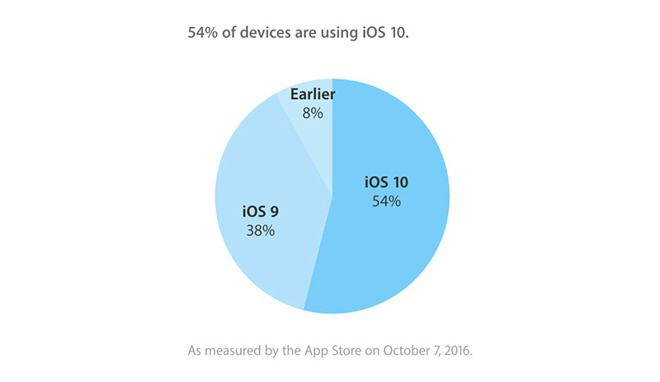 After a few weeks from its  initial roll out, iOS 10 is now running on 54% of total Apple mobile devices including the iPhone, iPad, and iPod touch as of October 7. Additional figures given are the 38% share of iOS 9 and 8% of older versions. This was announced through Apple’s developer support website.

If you own an iPhone 5 and later, iPad 4th Gen, iPad Pro, iPad Air and later, iPad Mini 2 and later or iPod Touch 6th Gen, you may update to the new iOS 10 for free and enjoy the additional features Apple has put in. Check out our top picks of the new hallmarks here.