The OS 10.1 update for the BlackBerry Z10 has finally arrived here in the Philippines, bringing with it the much awaited new features and enhancements for the device. 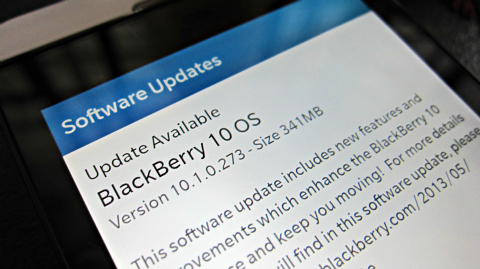 BlackBerry started seeding the OS 10.1 update after the BlackBerry Live 2013 keynote in Orlando, Florida more than a week ago. Z10 users in the Philippines have been waiting for the update since then. The update has finally arrived in the country bearing the version number 10.1.0.273 (Globe unit. Version number may vary depending on carrier.) and is worth 341MB in size.

Here are some of the new BlackBerry 10.1 features:

For more information on how to update your BlackBerry Z10 smartphone, visit www.BlackBerry.com/update.

If you’re one of those who received the update on your BlackBerry Z10, feel free to share the new features you’ve discovered by hitting the comments below.

Thanks @iamWALP for the heads up.