Smart Communications has announced that the company is, yet again, extending it’s Free Internet Promo for Smart, Sun Cellular and Talk ‘N Text subscribers which was initially intended to end today, February 5 as per the telco’s last announcement.

In line with the announcement of the promo extension, the MVP-led telco also announced that it will now allow its subscribers to use their free data allocation for video streaming services such as Youtube, Vimeo, or Daily Motion. 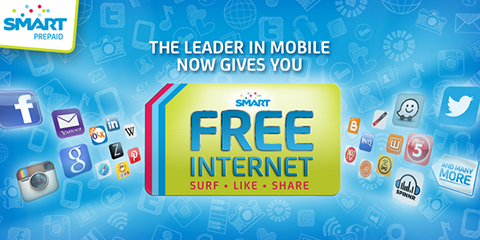 To register to the Smart Free Internet promo, just text FREE to 9999. Keep in mind that you need to maintain an airtime balance of Php1 to keep your subscription.

The Smart Internet Promo is extended February 28, 2015. For more information, head over to the source link below.