Boeing has been reported to have a smartphone that old school James Bond could have used. Codenamed “Black“, the Android-running smartphone has a special mechanism that self-destructs when opened by force, and will be sold only for government and security agents. 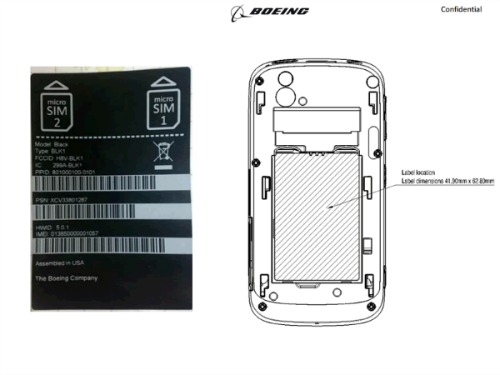 The aerospace and defense company filed documents for the Boeing Black smartphone (not to be confused with the privacy-focused Blackphone). As a safety precaution, the handset is sealed with epoxy around the casing and bolted with screws; tampering with the device or opening it in any way by force will prompt the Black to wipe the entire phone clean and make it stop functioning for good.

Since this is a “secret” device the company isn’t planning on releasing the full specs to the public. What’s more is that even the agents using it will have to sign a Purchase Agreement to keep silent about the phone’s specs, features, apps, and just about everything else (adding more to that secret agent feeling).

So far, the only information released is that it runs on Android, has dual-SIM functionality, supports GSM, WCDMA, and LTE while having connectivities for HDMI, USB, Wi-Fi, and Bluetooth.