LG unveils new accessories for the LG G5, including a 360 VR

LG unveils new accessories for the LG G5, including a 360 VR

Along with the announcement of the LG G5 comes new accessories that are said to make your phone experience more fun and enjoyable, including a plethora of tech gizmos for virtual reality, entertainment, and security. 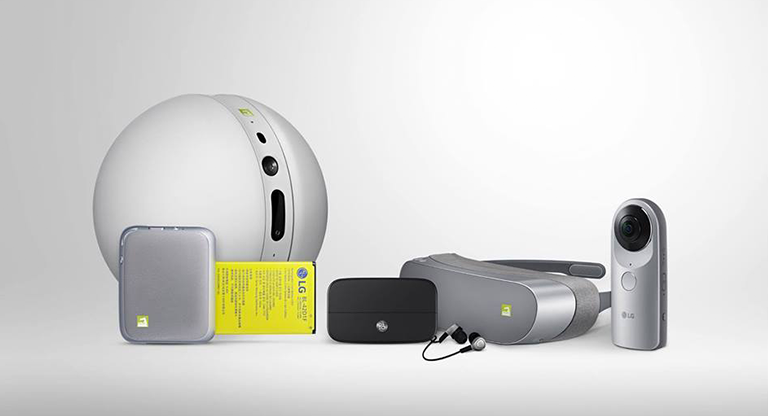 Need a companion at home? The LG Rolling Bot may look like BB-8 Sphero lookalike, but it is essentially a companion app that capture images with an embedded 8MP camera. Not just a toy, the LG Rolling Bot can be used as a monitoring system for the home, pet care companion as well as a remote controller for compatible home appliances as it can be accessed via WiFi over LG G5’s live streaming capabilities. Yes, you read that right. LG also unveiled the 360 VR, a virtual reality goggle that can be connected with the G5 via a dedicated cable. This only works with the Korean tech conglomerate’s newest flagship, and can simulate a 130-inch TV viewed from two meters away. The LG 360 VR weighs only 118g (4.16 ounces) and is just one-third as heavy as competing VR goggles while keeping its compatibility with delivering a resolutaion of 639 ppi.

LG also announced a new version of its Tone headset, aptly dubbed as he LG TONE PlatinumTM. Sporting the model HBS-1100, the latest in the LG TONE Series, touts superior audio quality as it sports Harmann Kardon speakers. LG touts that the Tone Platinum is the first BT headset in the world to be built with equipped with aptX™ HD codec, delivering lossless 24-bit audio in a wireless device. 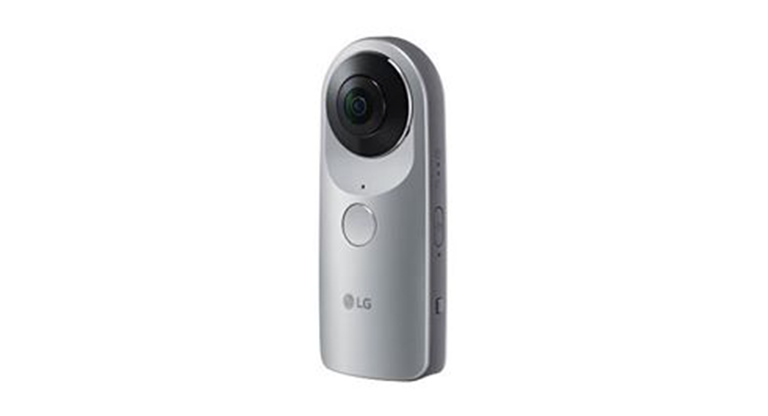 The LG 360 CAM provides 2K video and 5.1 surround channel recording on three microphones to help users effortlessly create high-quality 360-degree contents. It sports two 13MP 200-degree wide-angle cameras and an expandable 4GB internal storage, and a 1200mAh battery. The content on the LG 360 CAM can be easily connected to the LG G5, and can be uploaded to Google Street View and YouTube360.

Pricing and availability for these LG Friends are yet to be announced.