Tangram Philippines is a local company that offers the Rave, a wireless over-the-ear headphone that can make you go crazy over a silent disco, as it is said to cancel background noise completely. Is it something for keeps? Read on to find out. 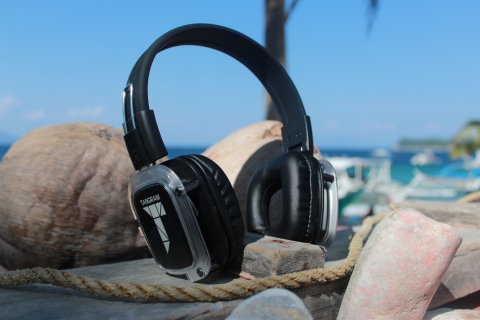 It has a 500mAh battery on board, but does not feel that heavy at all. It also comes with a slew of ports and switches: the volume dial, power and channel switches, and the 1.5mm DC port are all situated around its cans. It is very comfortable when worn, and the cups do not hurt your ears over prolonged use. The cans can also be folded inwards for compact safekeeping and storage. 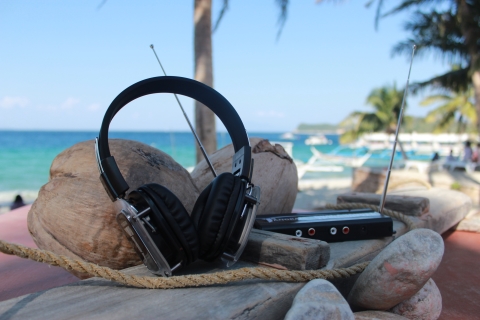 Tangram’s prized headphones can receive only FM radio frequency signals from its dedicated transmitters. Available in single or dual channels, these transmitters stream the audio feed directly from RCA Cable sources. These, as such, can support up to 600 feet of signal range and can present feeds to more than 500 Raves all at once.

Despite the lone medium for broadcast, the audio feed presents itself to be just okay. Powerful and full bass are achieved, and it produces a rich synth sound. On the downside, the pitch has sharpened a bit and some tones were muffled. I have to take note that the listening experience may be different with any device: It worked pretty well when using Spotify on an iPhone 6, and sounds a bit off when we played locally stored music on my LG G3 Beat. Tangram also noted that the transmitters used were prototypes, hence the stickers at the product. 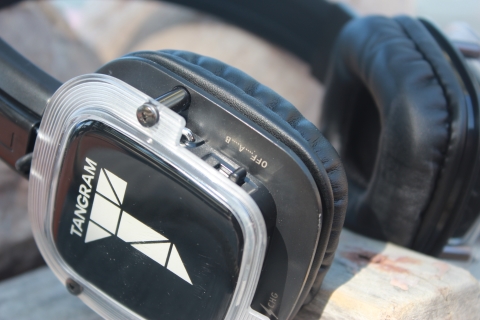 One of the features that makes the Rave stand out against the competition is its all-noise cancelling feature. It touts to completely eliminate outside noise, thereby turning your attention into the music. We had a chance to test the feature out last weekend during the Malasimbo Lights and Dance Festival Silent Disco in Puerto Galera, and we can say that it performed as advertised. We can’t even hear the noise from the main stage when we’ve put on a Rave. 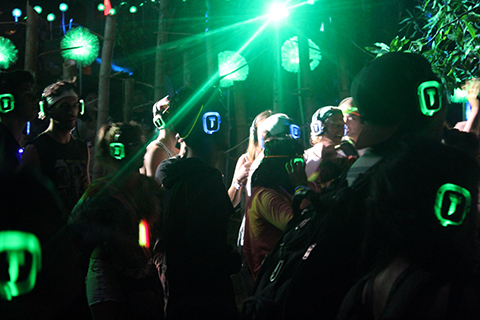 Another thing to note is that the Rave can simultaneously receive radio frequencies from up to three channels at the same time, and can be switched back and forth easily using a dedicated switch on the headphone. To test this, Tangram commissioned two DJs who were slugging it out during the event. Attendees had the free will to choose which song they want to listen to and can go back and forth with just flick of a switch.

This is where the transparent plastic comes in, as it indicates the current channel you’re listening with the switch on the headset — Channel 1 is colored blue, the second one is marked in a green color, and the last channel presents itself with a red hue.

Since we had limited time with the product (only used during the event itself for 2 hours and some several instances), we haven’t been able to test its battery life, which is touted to be between 8 to 10 hours.

The Tangram Rave is available at Php2,999, while its single-channel transmitter is priced separately at Php6,599. Both of these, along with a multiple-headset package offer and other promotional offers, are available at e-commerce website Lazada.