Every so often, we acquire our own gadget so we can review them for you even before they arrive in the country. This year, we’ll do a run down of drool-worthy devices that we bought and reviewed here in YugaTech.

This is a commitment by us to deliver an up to date and relevant content (especially reviews) to our regular readers. We believe that this is what separates us apart from all other publications (whether blogs, news sites and traditional media) and it’s a constant reminder that we

Last year, we spent over Php300k in review units and actually promised to slow down in 2012. Turns out, we did so much more this year.

iPad 3. This is the first time Apple introduced Retina Display into the iPad line, a resolution much higher than 1080p. Apple even called it the new iPad which made it very confusing. 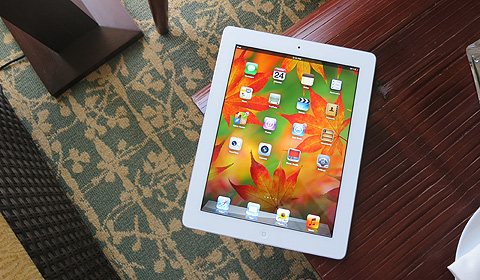 iPhone 5. When the iPhone 5 was released, there was huge demand and very little supply making it very expensive. Some enterprising folks in neighboring Singapore and HK brough them in an padded the prices by at least Php8k a piece. We got ours for Php40k the day after it was released in Singapore.

iPod Touch 5th Gen. Apple released the 5th generation iPod Touch without much funfare. It was the thinnest iPod Touch and also introduced a number of colors, including the Product Red. It started out at Php16k for the 32GB and has now normalized at Php13k.

iPod Nano 7th Gen. The 7th generation iPod Nano saw another re-design, added support for video but dropped the form factor that allowed people to use is as a smartwatch.

iPad Mini. The iPad Mini is the most popular device in 2012, according to Google PH. It’s the first time that Apple introduced a smaller form factor to the iPad line and is sanwiched by the 9.7-inch iPad and the 4-inch iPod Touch.

Asus Transformer Prime TF201. Asus introduced their 2nd generation tablet in the first quarter of the year. Stocks were very few as there as lack of supply. We managed to buy one the same day it was released in stores for about Php33k.

Asus Zenbook UX21. We got the first ultrabook from Asus in the first quarter of the year and it became our primary blogging machine. The Zenbook was among the first challenger to the Macbook Air, just a little cheaper by 10-20%.

Asus Zenbook Prime UX21A. Asus re-introduced the Zenbook line with a full HD IPS display. We bought the review unit from Asus at a discount — Intel Core i7, 256GB SSD and 4GB RAM.

Asus Padfone. It was our first time to attend Computex in Taiwan and was also fortunate enough to be able to buy the Padfone there.

Google Nexus 7. We shipped the Nexus 7 straight from the US, thru a friend and using JAC as the forwarder. We also recently bought a 32GB Nexus 7 over at the Multiply Discounted Deals site.

Canon S100, S110. During the Black Friday sales last November, we saw the Canon S100 going on sale for under Php10k and quickly got one. The last week, we saw the Canon S110 go on sale at Multiply Shopping and go another one too. We now have 3 Canon S100/S110 and we’re planning to do some special video projects with them.

Kindle Fire HD. Also bought the Kindle Fire HD during Black Friday sale and paid full price. However, when we went to San Diego that same month, we spotted a sale on the Fire HD at 50% off so we got one more (out of frustration that we bought one at full price just days before).

Microsoft Surface RT. We bought this one at the Microsoft Store the last time we went to the US. We have yet to post the review for this one.

GoPro Hero 3. Got this one on Best Buy as well. We still need time to play with it but review will be out soon.

Samsung Series 5 Ultra Touch. I just could not resist getting this one at Best Buy because it was on sale, at 40% off. It’s selling for Php45k here and we got our for only Php25k. Review will be up soon.

Parrot Zik. The first wireless headphones we actually invested on. Retails for Php21k in stores.

Some of the items above, we bought in multiples (like 2 Kindle Fire HD, 2 Canon Powershot S1xx, two Nexus 7). We racked up a total of Php420k in expenses for acquiring review units this year. That doesn’t include the PC rig we’ve built from scratch.

That’s the highest we spent to get you the most complete, comprehensive and up to date gadget reviews in the country so far.

Again, we will try to slow down next year and spend less. Instead we will focus on being able to attend international events like CES, Computex or IFA on our own budget. Nevertheless, we will continue to dish out the same volume, or more, of the usual gadget reviews we’ve been doing every year for the last 5 years.

How about you, what gadgets did you buy this year? Do chime in via the comments section below.

Normalized at 13K? What’s the meaning of that? Nag-itouch hunting ako and nasa 16k mark lahat. :(

Asus Zenbook UX21A, Samsung Galaxy Note then got jealous when the Note 2 came out so bought the Note 2 also. Coby Tablet for my daughter for Christmas

It was a great year. Congrats Yugatech!

I bought the following items in order

Bought myself an Ipad 3 and Galaxy Note 2. That was P420K well spent considering the fact that I based my purchases from your product reviews.

Huwaaaaat? 420k for those two gadgets?? Are they made from gold and diamonds?

why not auction it out here in yugadeals? :D I think this is a win win situation for everyone! :)

Well I bought my self another Motorola Razr at multiply/widgetcity when my Motorola Razr was snatched from me in the MRT, same color, same model…after a week, Widgetcity released a white version of Razr ~ bummer. :(

Then I bought my son (ours of course) a 32in Devant LED for our newly renovated pad.

Iphone 5 with its microscopic screen and lack of new features is the best? Ipad mini with its slower processor and mediocre screen resution is the best? Almost every singe tech blog and magazine out there has named the Samsung SIII as mobile phone of the year and the Google Nexus 7 as the 7-inch tablet of the year. Apple products are the best? Maybe the new ipad but certainly not the ipad mini and the iphone 5. Nice try, apple fantard.

you the man yuga!
It was a tipid year for me. For 2012 I bought the following:
8GB of Ram (for macbook)
battery for macbook