Back in February, ABS-CBN launched at Php2.5K-worth device called the ABS-CBN TVplus which takes advantage of the available ISDB-T signal in the country. However, if you’re looking for an alternative that can also double as a media player then we have something for you – the WIN ISDB-T TV Box. 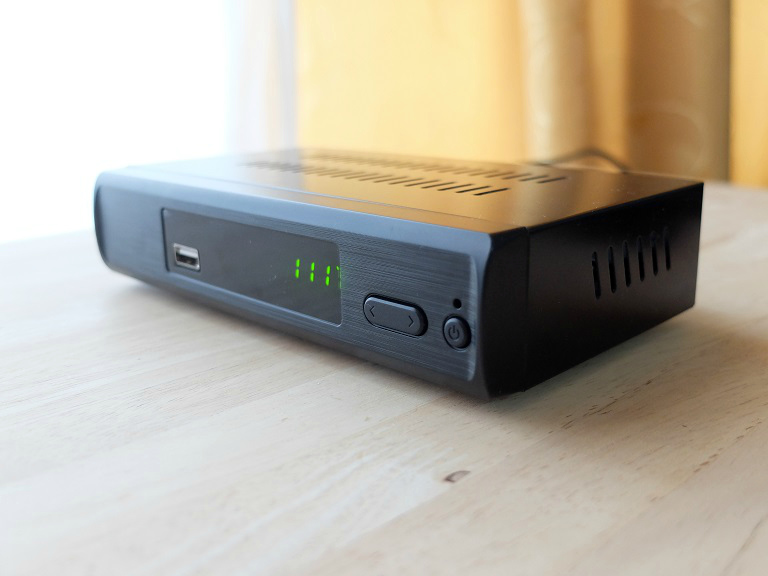 The WIN ISDB-T TV Box looks like your typical TV box – discreet, uninspiring, and comes in black. The build is a combination of two materials – plastic and metal. The front panel, which is the plastic part, has a brushed finish and houses the display, power and channel buttons, LED light, and the USB 2.0 port. The rest of the body is housed in a metal casing. The top and sides have slits for ventilation. Take a look at the bottom and you will see four foam nubs for its feet and holes for added ventilation. 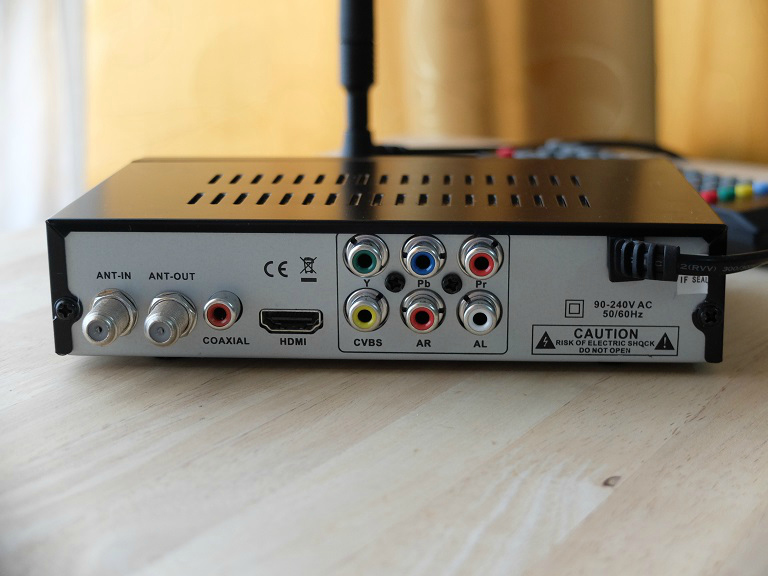 The rear part is where it gets busy. Here you will find ports for the terrestrial antenna, coaxial, HDMI, YPbPr, CVBS, and Audio Right and Left. 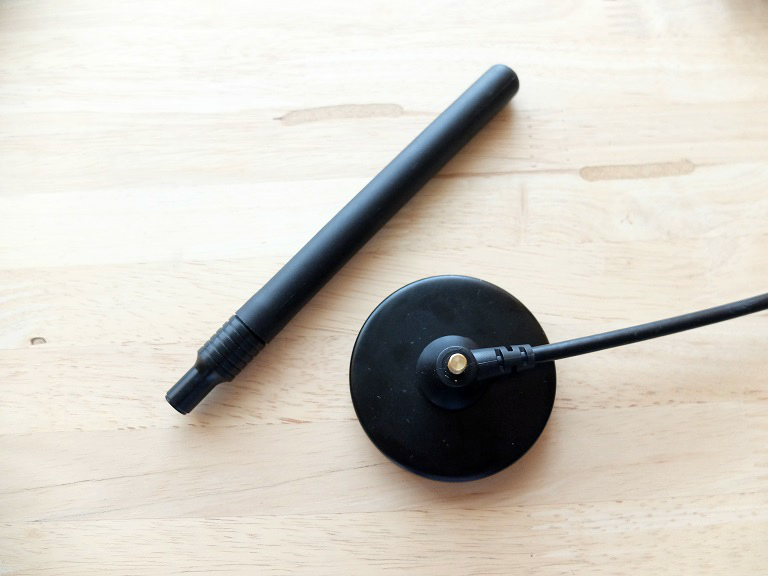 For the antenna, you will need to screw it to its base where the 5m-long coaxial cable is fixed.

The base is magnetic so you can easily stick it to a flat metallic surface. You will then need to connect the other end to the Antenna In to enable the TV box to receive broadcast signals.

Once you have the antenna connected and have placed it in a location where reception is good (near windows or outside it), you just need to choose your preferred connection to your TV, in this case we used HDMI which is recommended, plug the TV box and then switch it on. 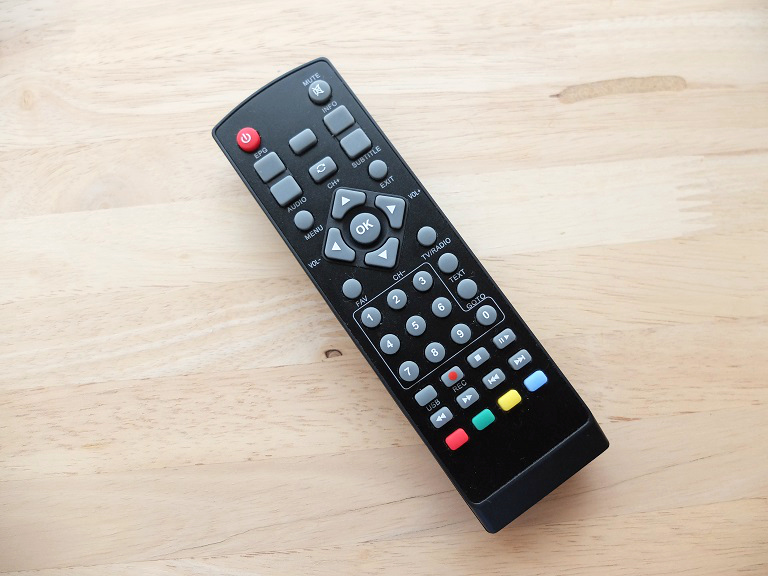 The first thing you need to setup on the TV Box are scan for channels which you can do by pressing the menu button on the remote that is included in the package. This will then bring up Installation tab where you can adjust settings for the antenna and location. Just select Auto Scan and it will then search for available channels. After the scan we were able to get a total of 21 channels, however, they are not all totally different networks. For example, there are three channels from TV5, two from UNTV, four from BEAM, and two from ABS-CBN. Some of them offer different programs while others are redundant. We also found CINE MO!, YEY!, Knowledge Channel, and DZMM Teleradyo but these are exclusive to the ABS-CBN TV+ and cannot be viewed. Below are all the channels our WIN TV Box can receive in our location (Bacoor, Cavite) as of writing: As for quality, the video and audio are clean and clear as long as you have a good reception. Otherwise, programs would appear like they’re buffering or skipping. Like what was advised earlier, it’s better to place the antenna beside or outside the window. If you already have an existing and better-performing antenna you can use that as well.

When it comes to resolution, most channels are in standard definition (SD) but the WIN TV Box can receive HD channels once TV networks broadcast them as free-to-air signals.

One of the best features of the WIN TV Box is that you can pause live TV or record the program as long as you have a USB storage (can support up to 1TB HDD) device plugged in. While watching a TV program just press pause and it will pause the show and the WIN TV Box will start recording. Press play and the program will resume but you can now rewind the program to part you paused. The WIN TV Box calls this the Timeshift mode. 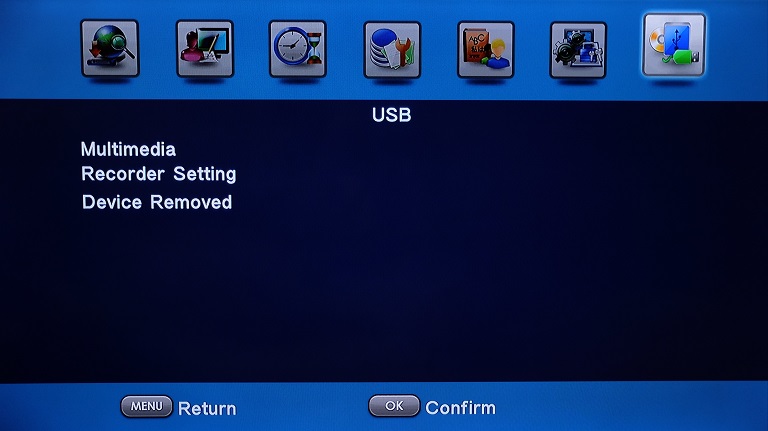 Recording the program is easy as well as all you need to do is press the record button and the TV Box will record and store it in the USB drive in TS video format. You can also schedule recording by using the EPG (Electronic Program Guide) and specify the channel, date, start and end time of the show. It can still record even when the TV or the TV Box is off as long as you keep the Box plugged in. Another useful feature of the WIN TV Box is it also doubles as a multimedia player. It played all the videos, music, and pictures in our hard drive with ease. Here are the formats that the TV Box supports: Music – MP3, WAV, OGG, M4A, FLAC, AAC; Photos – JPG, BMP, PNG; Videos – AVI, MKV, MP4, MPEG, FLV.

The WIN TV Box is a feature packed device that serves as a great companion to your regular TV. It’s small, can record live TV shows, and can easily play videos from your hard drive. The only limitation we see here is the current lineup of channels since not all TV stations are broadcasting in digital yet. 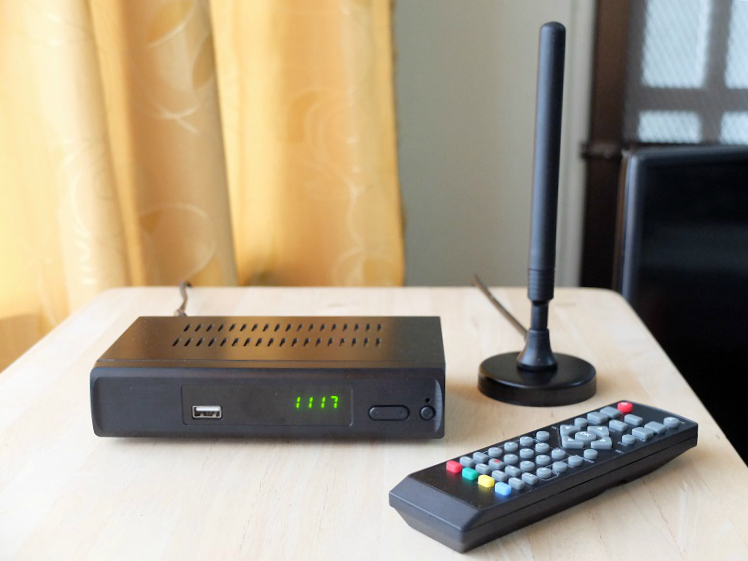 But things are about to get better as all local TV stations will soon completely migrate to digital.

As for the price, the WIN TV Box retails for Php1,799 (current price) which is affordable, making it easier for almost all households to adopt digital TV without breaking the bank. That being said, this is a cheaper alternative to that Mahiwagang Black Box that ABS-CBN has been peddling for months.

What we liked about it:
* Affordable
* Can record TV shows
* Doubles as a multimedia player via USB
* Small
* User-friendly

What we didn’t like:
* Current limited channel offerings of TV stations