After a brief period of beta testing, iOS 6.1.3 is now out in the open and ready to be downloaded on supported iOS-powered devices running on iOS 6 or later.

The recent update aims to patch up the platform’s well-documented vulnerability that allows anyone that has access to your device to totally bypass the lock screen to access information using the phone application. 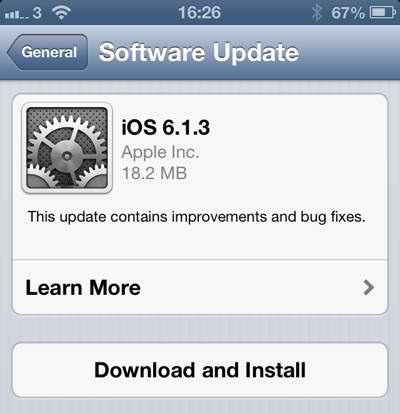 Apart from fixing the bug, iOS 6.1.3 also brings some improvements on Apple Maps in Japan. The update is also said to remove the EvasiOn jailbreak on the device and impairing any possibility for it to be jailbroken again using existing means. It’s something to ponder upon before you update your device.