What changed on the iPhone 6 and iPhone 6 Plus?

What changed on the iPhone 6 and iPhone 6 Plus?

Now that Apple has officially announced the new iPhone 6 and its big brother, the iPhone 6 Plus, it’s time to take a closer look at the improvements that Apple made on their new handsets compared to the iPhone 5S.

In terms of its design, Apple still kept most of the design language on their new iPhones, albeit made the edges of the iPhone 6 and iPhone 6 Plus more rounded and trimmed some of the excess fat to make it nominally thinner than its predecessor. 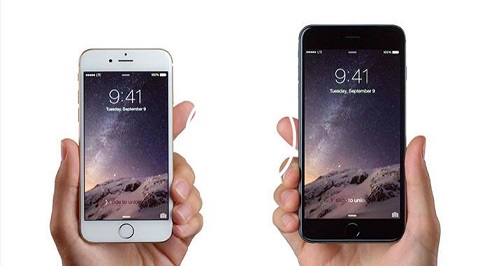 Because of the bigger screen found on the new iPhones, Apple had to reposition the power button which is now located on the right flank of the phones, thus making it easily accessible using the user’s right thumb or left index finger (when held upright).

As for the paintjob, there’s an off-colored pinstripe that divides the back portion of the handset into three sections, similar to the previous model. However, Apple dropped the use of a two-tone color for the iPhone 6 and 6 Plus’ back panel, and instead painted the top and bottom portions of its posterior with the same color as the middle portion of the handsets. 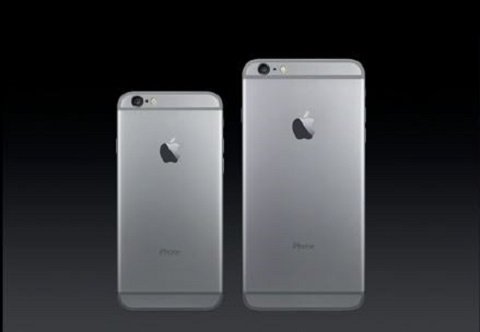 One of the more notable changes that Apple made on the two new iPhones is the screen size. Since the debut of larger Android smartphones, consumers can’t help but criticize the lack of improvement on the iPhone’s screen size. So the Cupertino-based company answered back by releasing two new iPhones that has a 4.7-inch screen (iPhone 6) and a 5.5-inch display (iPhone 6 Plus).

In keeping with their age-old tradition of providing crisp display, Apple also had to increase the resolution of the display to match its size. From 1136 x 640 on the iPhone 5S, the new iPhone 6 now has a 1334 x 750 screen resolution which equates to Retina-grade pixel density of 326ppi. The iPhone 6 Plus, on the other hand, is equipped with a 1080p display to match its fairly large, 5.5-inch display, putting in the same league as the other flagship Android smartphone in the market.

If you look at each of the new iPhone’s spec sheet, there’s not a lot of improvements on the hardware used for its camera. Both handsets are still equipped with an 8-megapixel rear iSight camera with an accompanying True Tone Flash, similar set up found on its predecessor.

So what changed? Honestly speaking, most of the improvements that Apple made on the imaging department are intangible and can only be appreciated when you actually start shooting with the new iPhones. First up is the new imaging sensor which, unfortunately, was not discussed in details during the launch event. 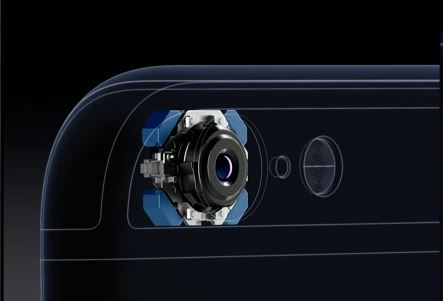 What was highlighted, however, is the addition of Optical Image Stabilization which will come in handy for users with shaky hands and for long-exposure shots. It minimizes the blur caused by changes in the camera’s position while shooting.

Another thing that Apple put emphasis on was the revamped autofocus feature (pixel focus) of the new iPhones. It uses a similar technology as phase-detection autofocus which, in theory, should be a significant improvement on the last generation in terms of its ability to lock in on the subject.

Apart from improving the new iPhone’s imaging capabilities, Apple has also revamped its video recording features. With the iPhone 6 and iPhone 6 Plus, users can record Full-HD clips at 60 fps, as well as do slow-motion video at 120fps and all the way up to 240fps.

As with the previous model, the company also announced the new processor that will do the heavy-lifting for their two new smartphones – the Apple A8 System-on-Chip. 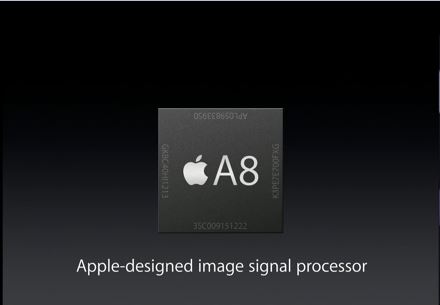 Again, the company was not that keen about the details of their new chip, but here are some of the things that was mentioned during the announcement:

1. The Apple A8 was built using 20-nanometer process and has 2 billion transistors.
2. Compared to its predecessor, the new processor boasts a 25% improvement on CPU performance, and 50% mark up on GPU performance.
3. Despite of the claimed performance improvements over the previous generation, the new A8 processor is said to be 50% more power-efficient than the Apple A7.
4. An accompanying co-processor dubbed as M8 will come with its own Barometer which will allow it to calculate distance travelled and elevation. Oh, and it can also determine the difference between running and cycling.

Here’s the breakdown of all the changes that Apple made on the new iPhones (in table form):