Samsung has finally revealed its newest flagship lineup, the Galaxy S20 series of smartphones. Among the devices in the lineup is the Galaxy S20+, sitting between the standard S20 and the more premium S20 Ultra. We’ve decide to match it up against the premium member of last year’s S10 series, the Galaxy S10+. If you’re curious to know how different they are from each other, read on to find out. 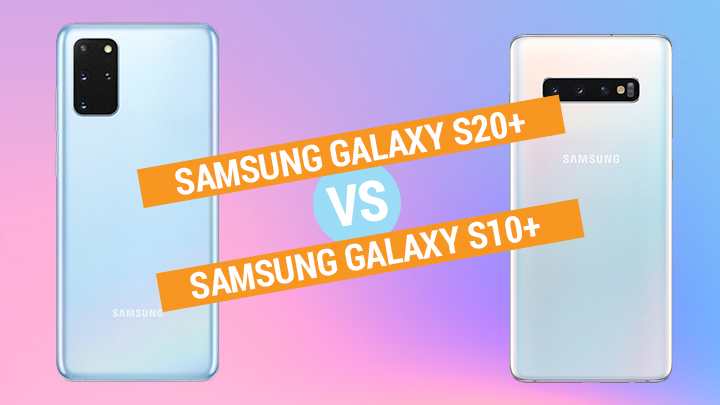 The S20+ has a screen size measuring at 6.7-inches, which is definitely a bigger improvement to the S10+’s 6.3-inch display. The two devices have an Infinity O display, employing hole-punch modules for their respective front cameras. While the handsets have a Dynamic AMOLED display, the S20+ has the 2.0 version, producing sharper details. The S20+ also has support for HDR10+ and has a 120Hz refresh rate, compared to the S10+ that has HDR+ support. Corning Gorilla Glass 6 protects the S10+’s screen, while the Samsung has yet to confirm what kind of screen protection the S20+ has.

For RAM and storage configurations, the S20+ is available in 8GB or 12GB RAM and 128GB or 512GB storage. On the other hand, the S10+ has a lower base option of 6GB RAM and a higher one at 8GB RAM, while the storage options are the same as that of the S20+. It should be noted though that the S10+ also offered 12GB RAM and 1TB of storage in a limited fashion. Both devices are expandable, with the S10+ at 512GB, while the S20+ can be pushed further up to 1TB.

Camera-wise, the S20+ now has a quadruple-rear setup, compared to the S10+ that only had triple cameras. The S20+’s cameras are composed of a 12MP main, 12MP ultra-wide, 64MP telephoto, and a Depth Vision camera, while the S10+ has 12MP wide, 16MP ultra-wide, and 12MP telephoto snappers. Not only that, but the smartphones also differ in the placements of their rear shooters. The S20+ has its lenses housed in a square-shaped module, while the S10+ lined up its cameras horizontally. As for front cameras, the S20+ has a single 10MP snapper residing inside a hole-punch module. Meanwhile, the S10+ has a dual setup, composed of a 10MP lens and an 8MP depth/live focus camera, housed inside a pill-shaped module.

The S20+ is 5G-capable, although the Philippines won’t have those 5G-ready units. Still, that’s an improvement from the S10+ that didn’t have 5G support. The S20+ and S10+ also share a couple of features, such as an ultrasonic fingerprint scanner, face recognition, NFC support, and IP68 dust and water-resistance. However, the S10+ has a 3.5mm audio jack which the S20 lacks.

The S20+ packs a 4,500mAh battery, which is slightly larger than the S10+’s 4,100mAh cell. Both devices have a USB Type-C port and also have support for fast charging and Wireless PowerShare. Out of the box, the S20+ has Samsung One UI 2.0 based on Android 10, while the S10+ has One UI based on Android 9 Pie. Samsung has already made the One UI 2.0 update available for the S10+ though, so users can upgrade their software right away.

Compared to the S10+, the S20+ has a larger display size that comes with a 120Hz refresh rate and HDR10+ support. The S20+ also comes equipped with improved flagship chipsets, larger RAM configurations, and larger expandable storage. It has upped the number of rear cameras, but also, Samsung has scaled the front camera down to a single compared to the S10+’s dual setup. Whether you’re upgrading from the S10+ or looking to get a Samsung flagship, you might want to consider copping the Galaxy S20+.