VIVO has been on a roll with its Y-series of smartphones this year as it released two of its latest devices in the country — the Y15 and the Y17. What is their difference from each other? Find out below. Let’s begin! 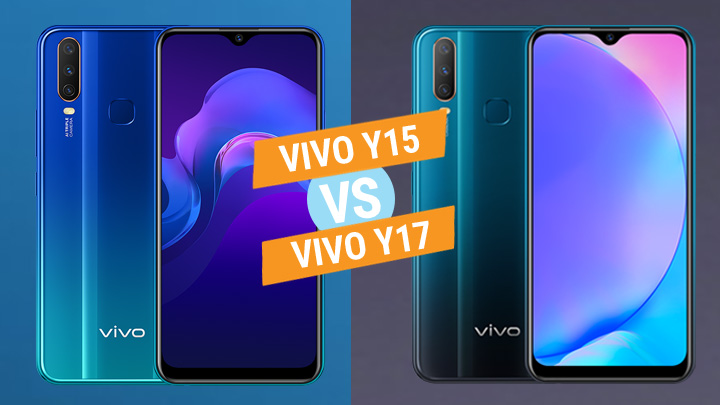 It is established that the VIVO Y17 is better than the Y15; however, what’s the difference?

Starting with both of the device’s design, they are pretty much identical as they both have a gradient design, same size, and even same mass. For display, they have an identical configuration of 6.35-inch screen size with an HD+ resolution.

Performance-wise, the VIVO Y17 is faster and better performing in CPU based on the maximum clock speed that it can reach. For gaming, they both have the PowerVR GE8320 GPU which can run at least moderate graphics games; however, it might struggle when it comes to resource heavy ones.

While the rear camera setup of both devices is the same, the front camera of the VIVO Y17 has a higher resolution. From this, we can say that it has a better camera quality over the Y15 given that they both came from the same company.

In terms of other features, the Y17 comes with larger storage and a more updated Bluetooth 5.0 technology. For people who want to store more photos, music, videos, games, and documents, the Y17 is definitely the better choice regardless of the differences in their prices.

For battery, the Y17 and the Y15 have an identical capacity; however, the former supports an 18W fast charging technology while the latter doesn’t support it at all. From this, you already know which one to get if you are always on a hurry.

Here are the prices:

If you are choosing between the two smartphones, I would say that the VIVO Y17 is worth the additional PHP 2K in its price because it has better performance, larger storage, and support for fast charging. What do you guys think? Let us know your thoughts in the comments section below.