Vivo recently launched a new smartphone called the Y17. As the latest member of Vivo’s Y Series, it packs a sizeable screen, a glass-like back, Helio P35 chipset, and a gigantic 5,000mAh battery. We took this device for a spin, see how it fared.

The Vivo Y17 has a pretty sizeable appearance, due to its large screen size. Gripping the device, it feels firm and quite thick, most likely because of the massive battery capacity it holds. Despite that, it sits comfortably against the palm thanks to its rounded edges. Up front, it has a slightly broad chin, but the other bezels surrounding the screen are quite slim. There’s a notch at the top of the screen where the front camera resides.

Vivo dubbed the Y17’s finish as a “mirror finish,” imitating a glass-like appearance when in reality it is plastic. The glossy plastic rear is prone to smudges and fingerprints, so do use the clear case Vivo has provided in the box if you’d like to keep your phone pristine.

Over the rear, the device has its triple camera setup stacked vertically, with the LED flash right below the shooters. The fingerprint scanner is at the upper center of the rear.

On the right, the Y17 has the volume and power buttons. They’re well-positioned even with the phone’s size. People with small hands won’t have trouble reaching them.

On the left, there’s the dual SIM tray slot, and the dedicated microSD card slot.

The top of the smartphone is bare while the bottom has the 3.5mm headphone jack, a micro USB port, a microphone, and the single downward-firing speaker. It would have been nice if the Y17 had a USB-C port instead, seeing as more and more smartphones these days have left the micro USB port in the past.

The Y17 sports a 6.35-inch HD+ IPS display. It has a maximum resolution of 720p, but still, details come out looking crisp and sharp. The sizeable display makes it great for video-watching. We’re also giving a point to the brightness of the Y17’s screen; we were able to use under direct sunlight even at just 50%. As for color reproduction, they come out vivid and accurate. In the settings, users have the option to adjust the color temperature of the display to cool, default, or warm.

When it comes to audio quality, the single speaker delivers decent and loud audio. However, do expect the lows to be audible only from time to time.

Situated on the notch up front is a 20MP shooter, while three cameras occupy the rear, namely 13MP + 8MP + 2MP shooters. There’s also an LED flash located below the rear cameras.

For selfies, the images produced by the Y17 look decent enough for social media posting. There’s a dedicated AI beauty mode; switching the beauty mode to the maximum will make selfies look too processed. We recommend the standard AI setting, as it makes the skin smooth while still looking natural. 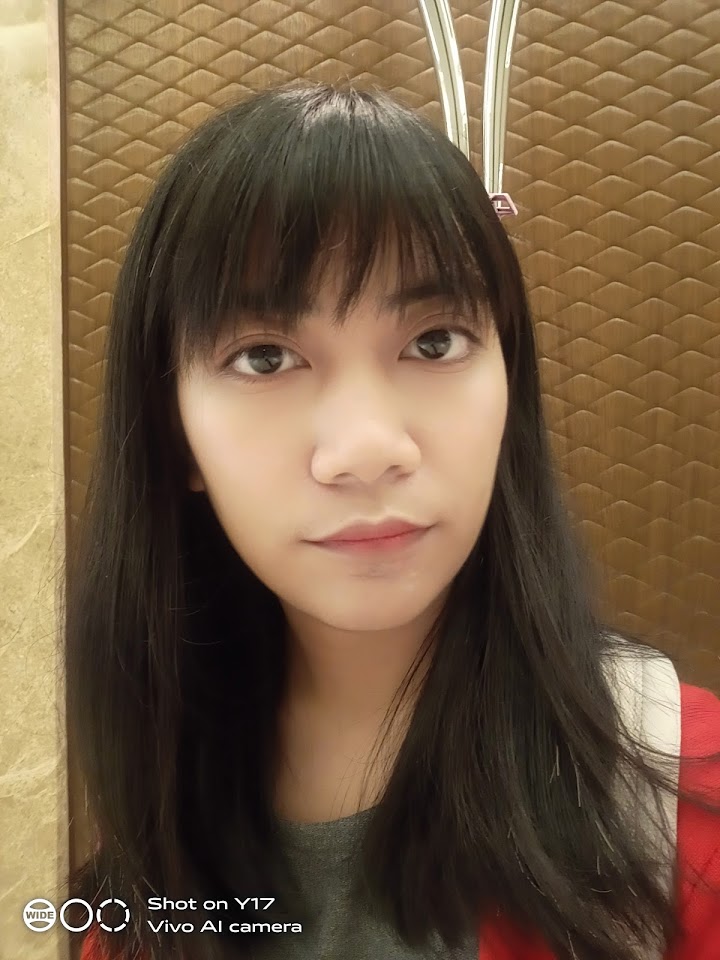 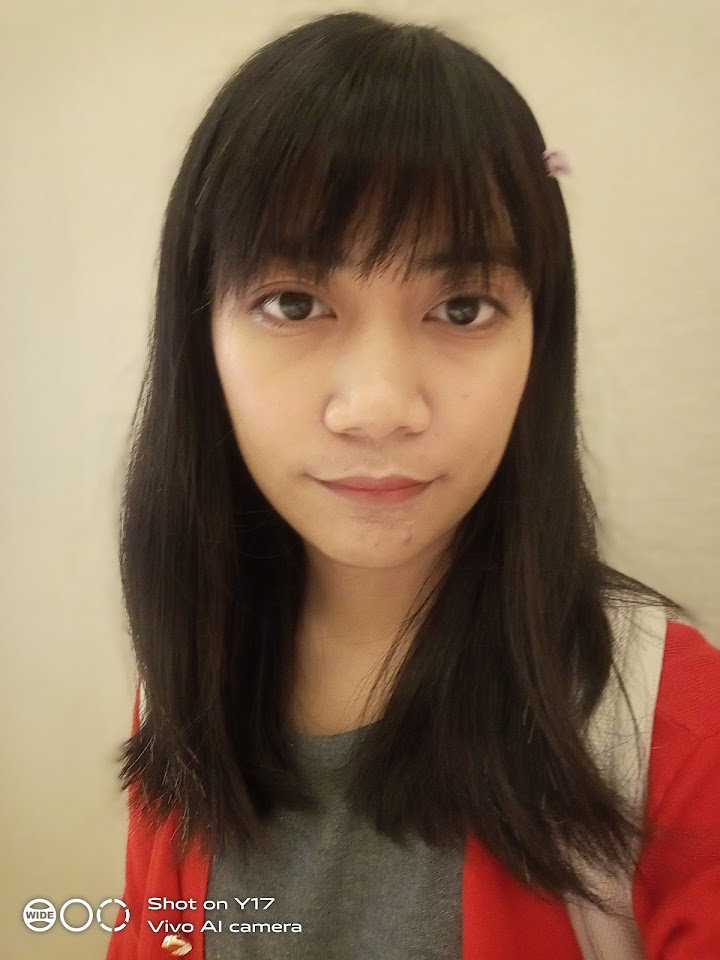 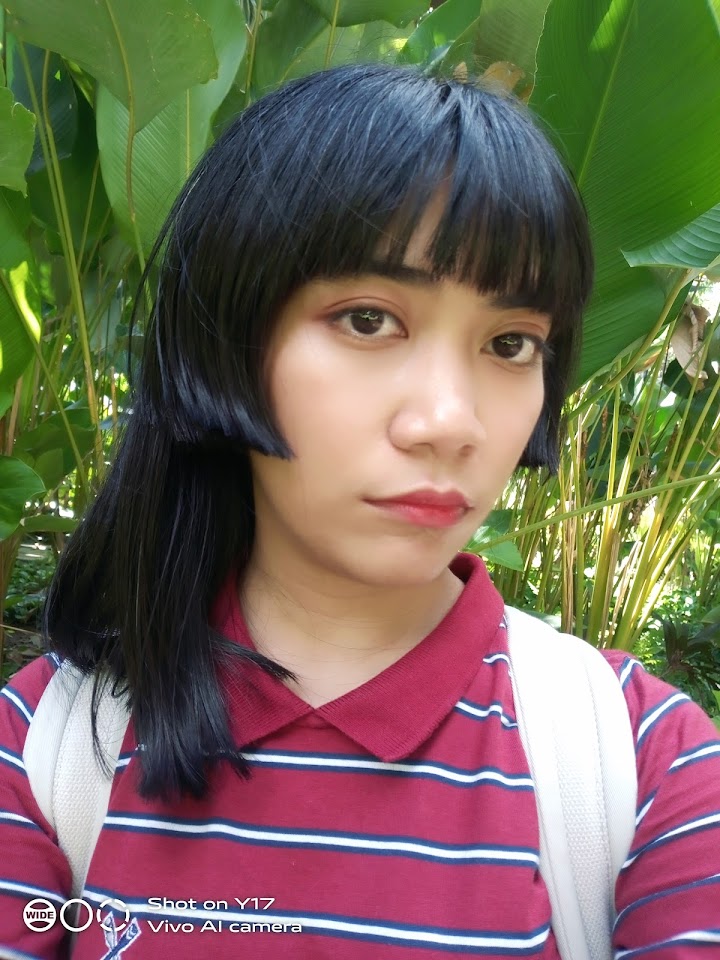 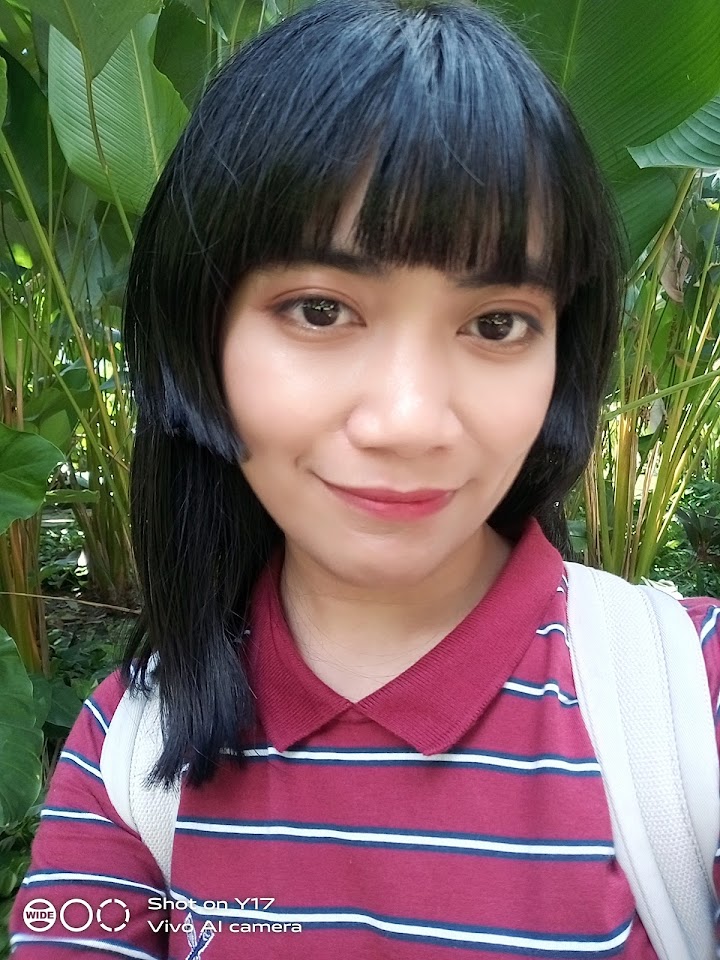 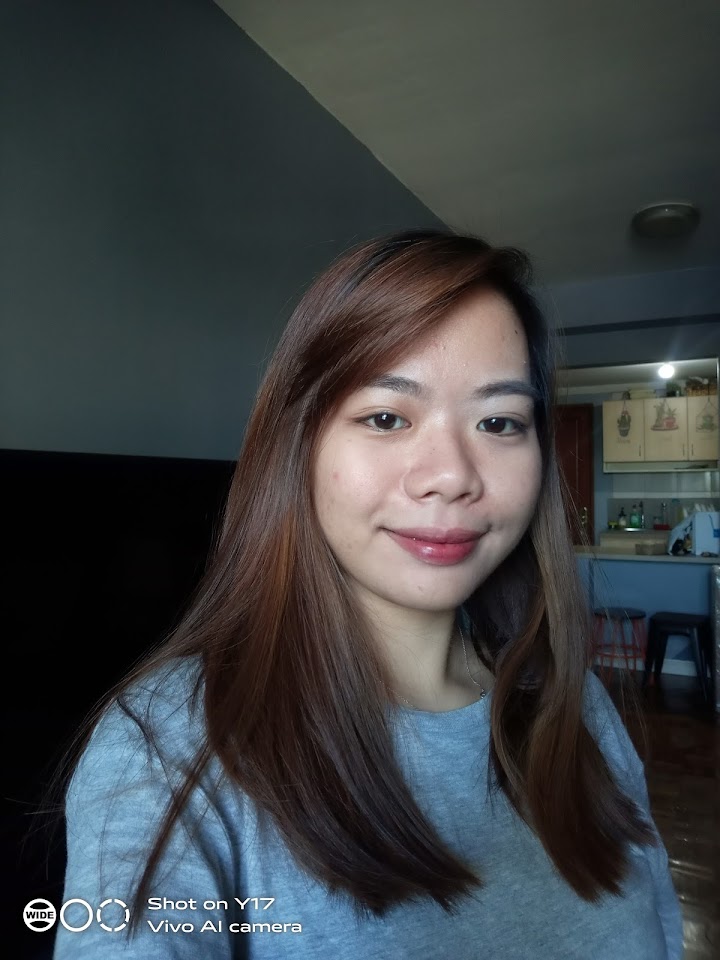 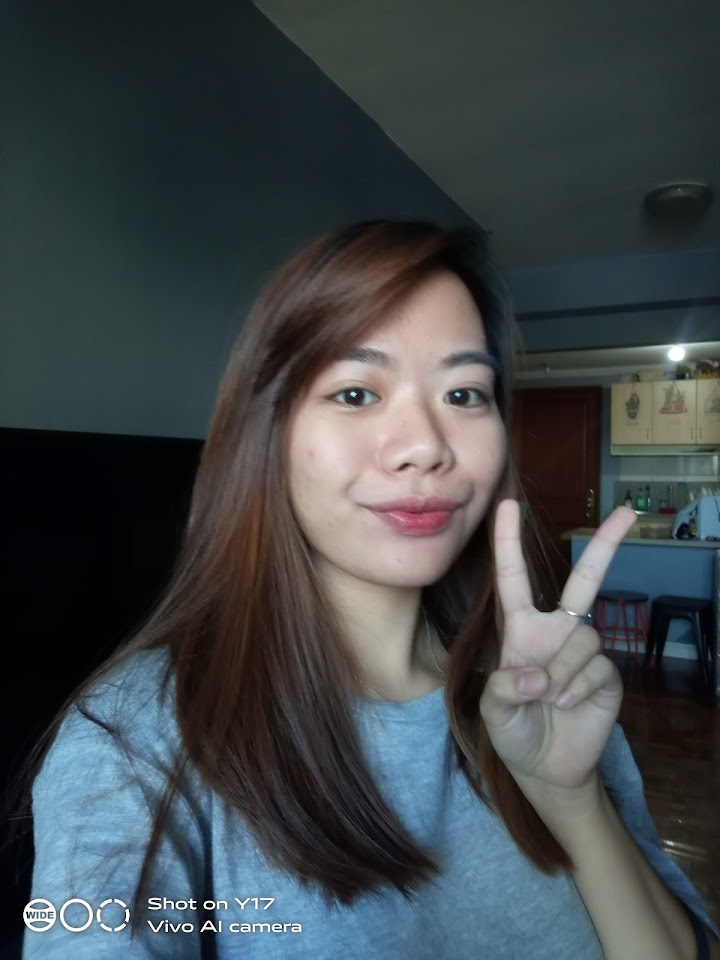 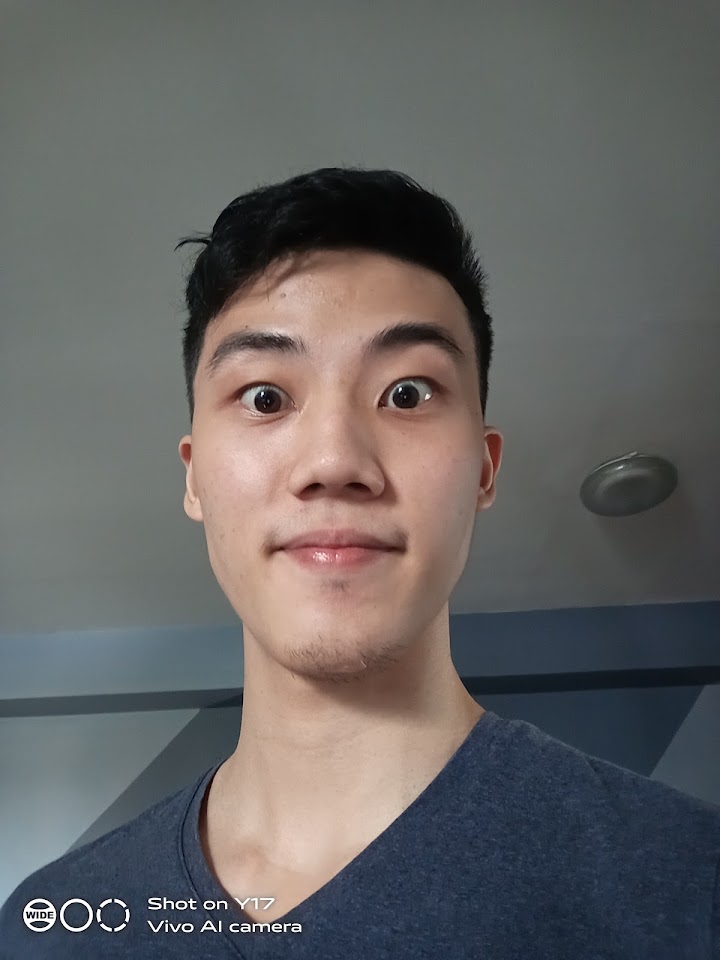 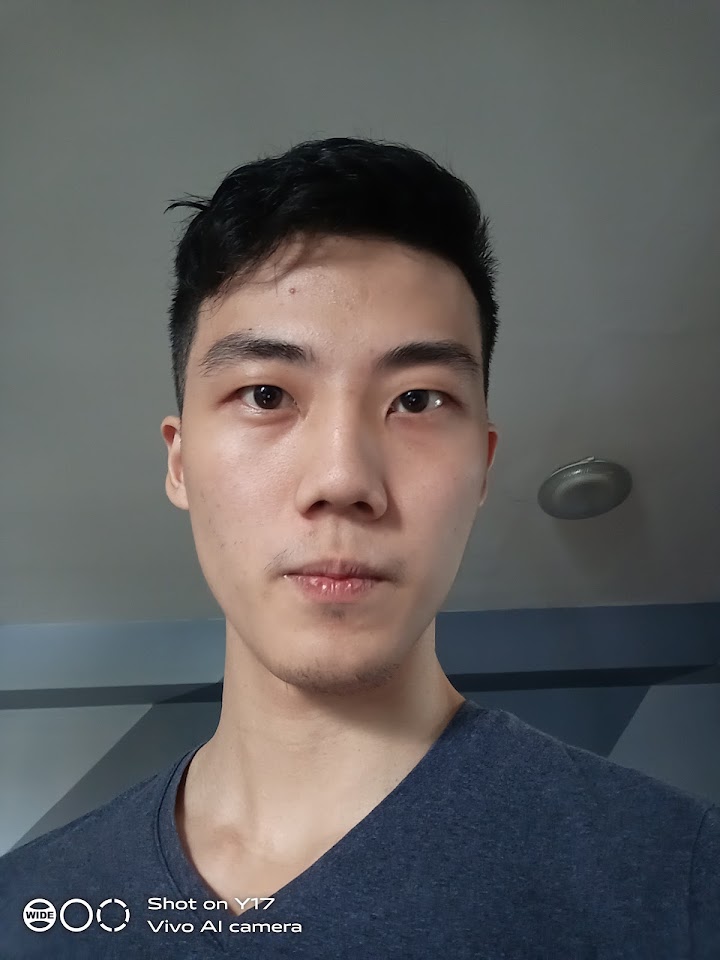 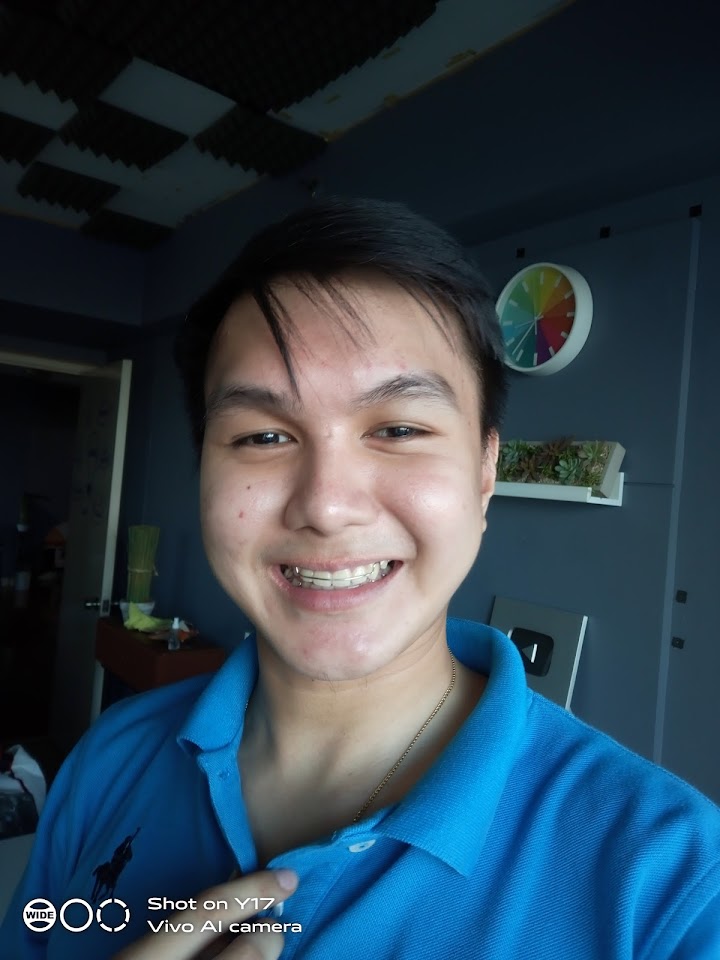 Daytime shots produced by the rear cameras capture vibrant colors. Although, the camera can lose its focus pretty quickly; you’d have to manually focus by tapping on the subject a couple of times to get the shot that you want. There’s no dedicated Portrait/Bokeh mode, but there is a button on the standard Photo mode that allows you to do just that. Edge detection is pretty average; however, as mentioned, it tends to lose focus as well. Checking each image after capturing them is a must. Otherwise, you’ll end up with slightly blurry shots. 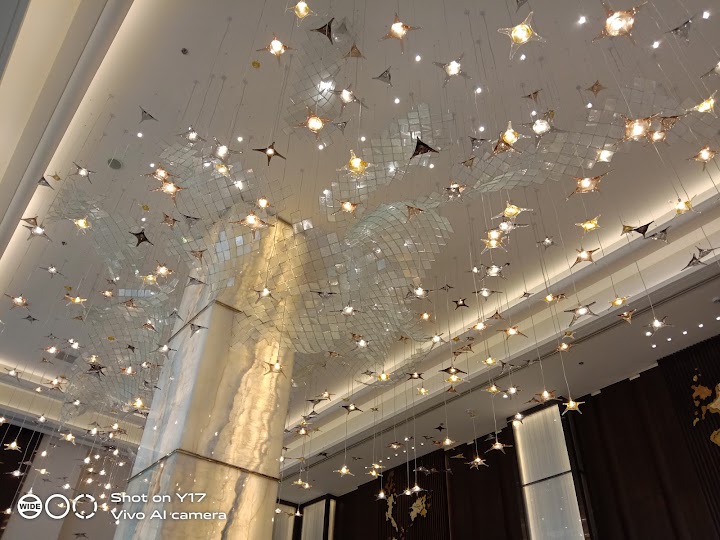 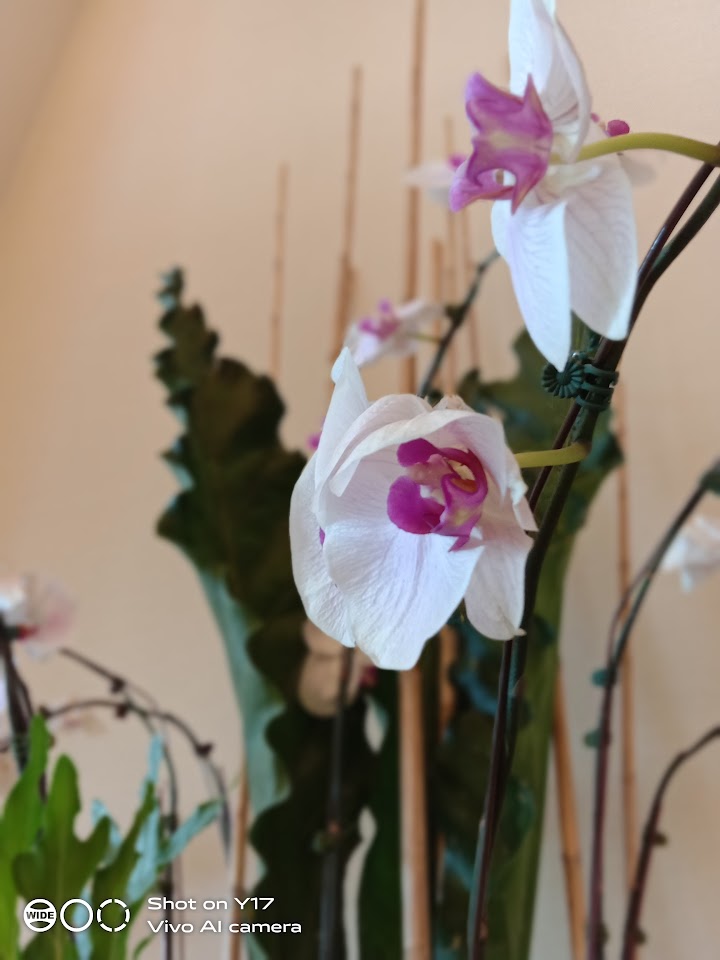 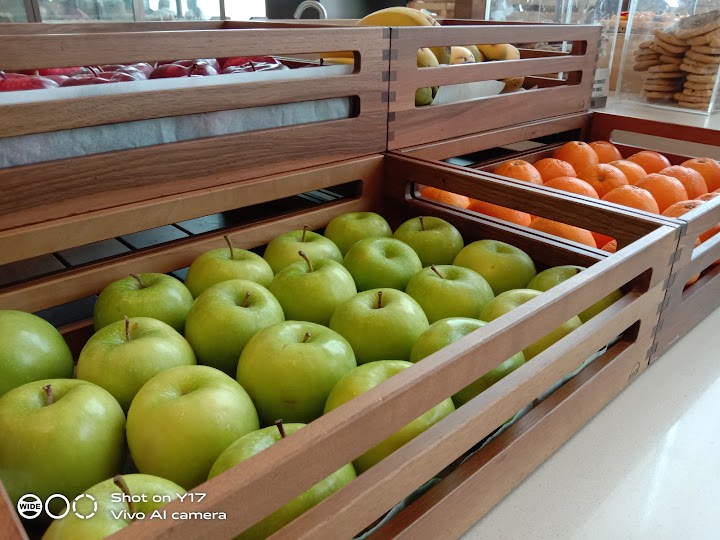 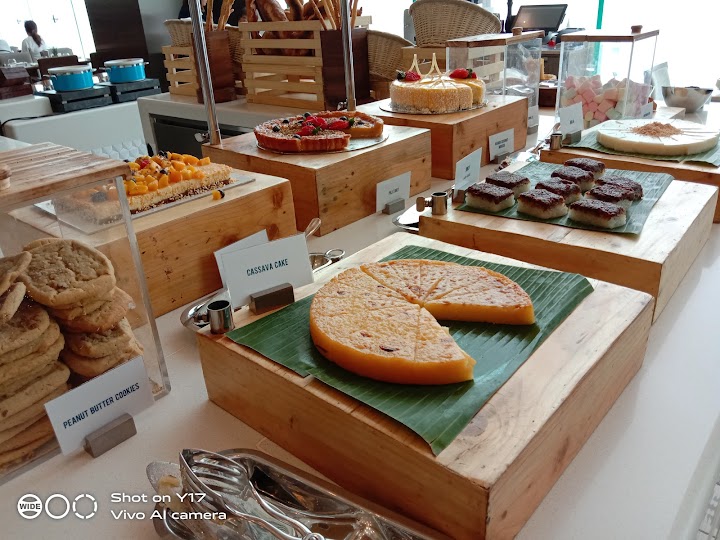 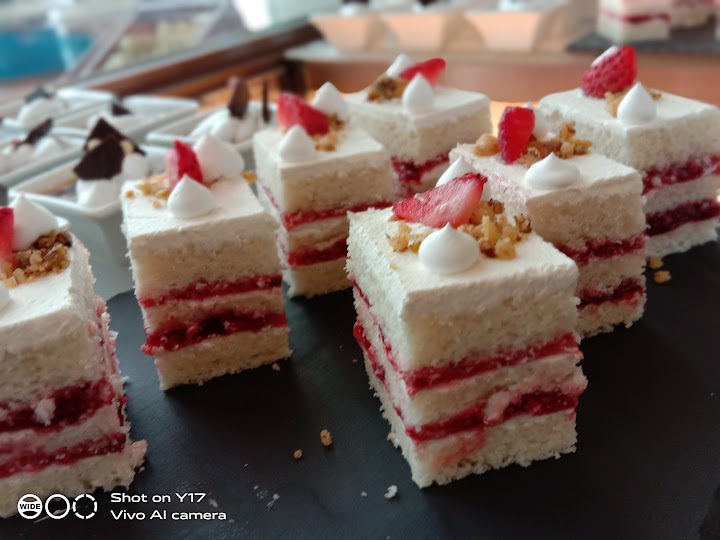 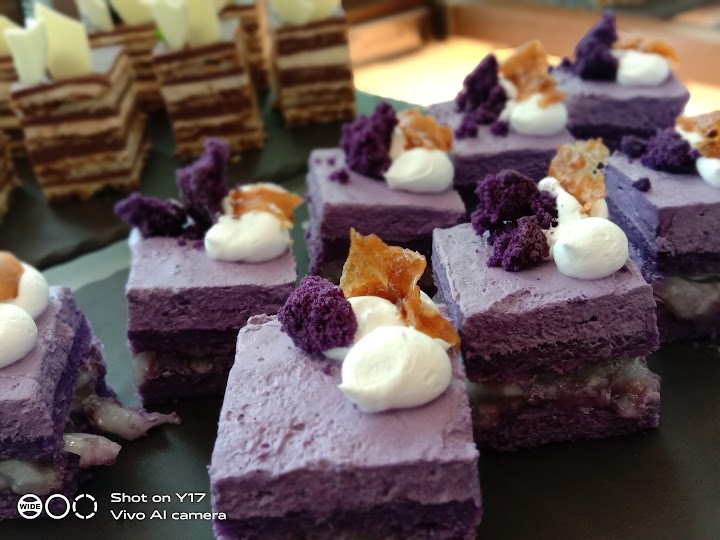 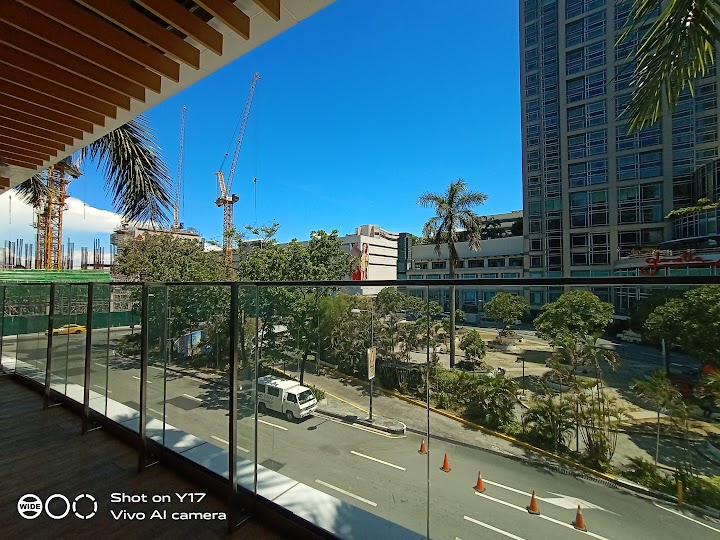 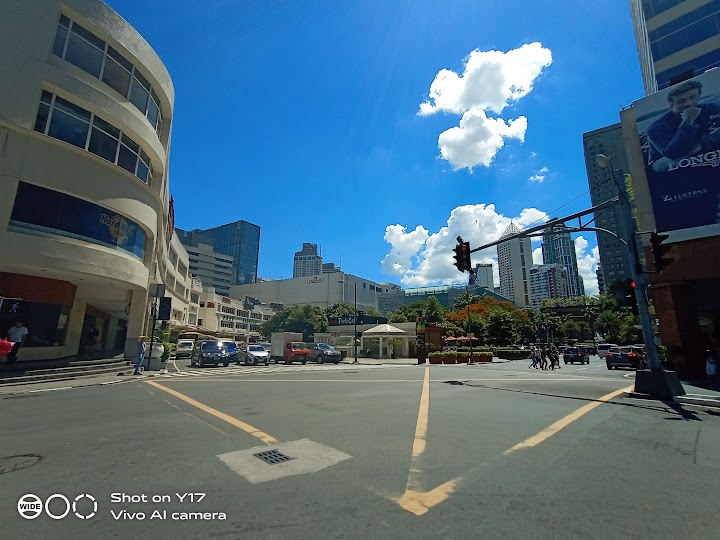 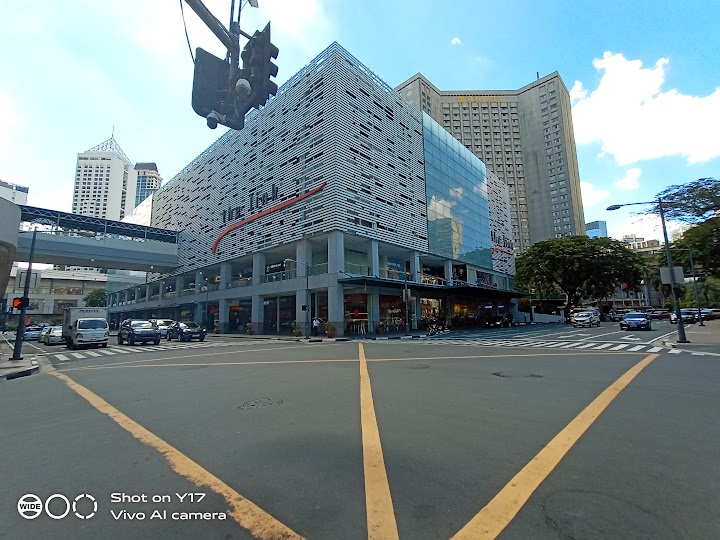 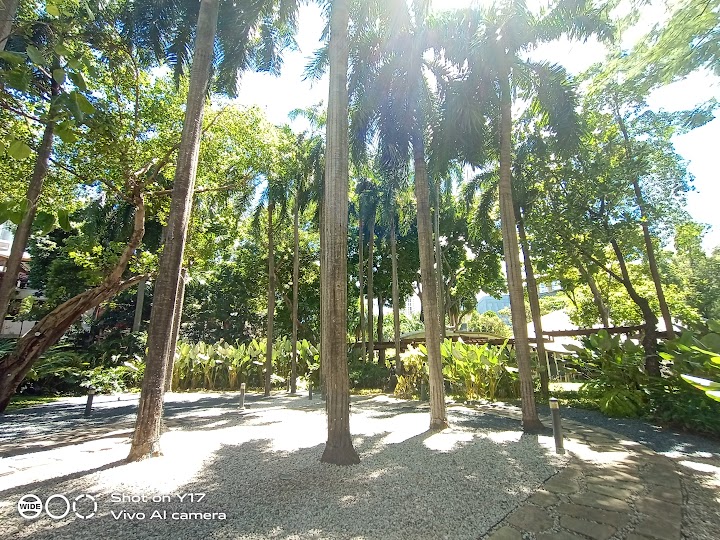 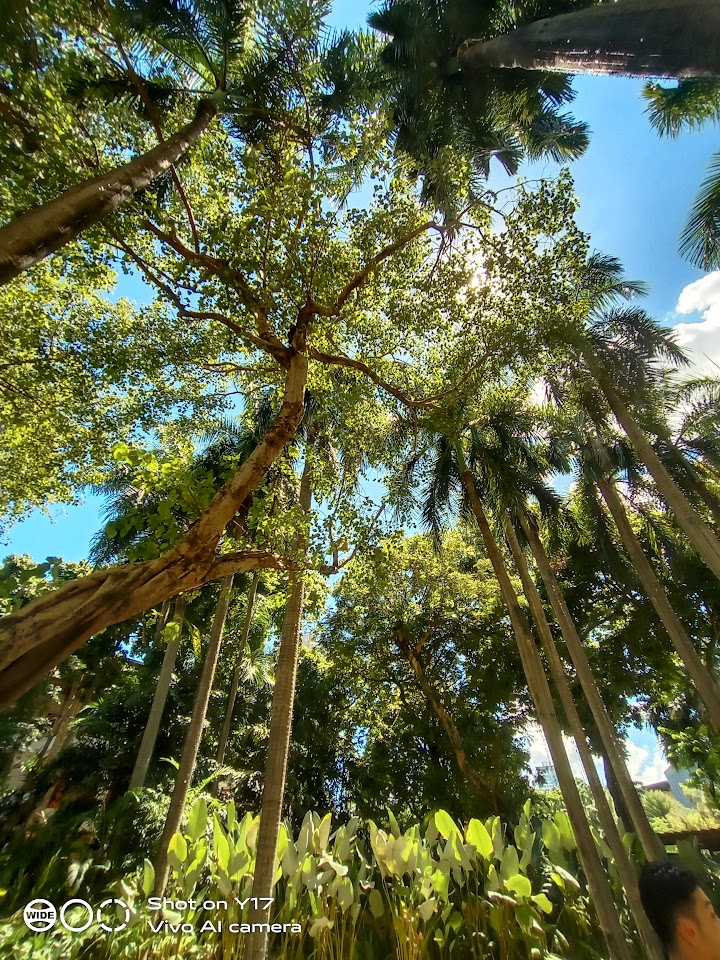 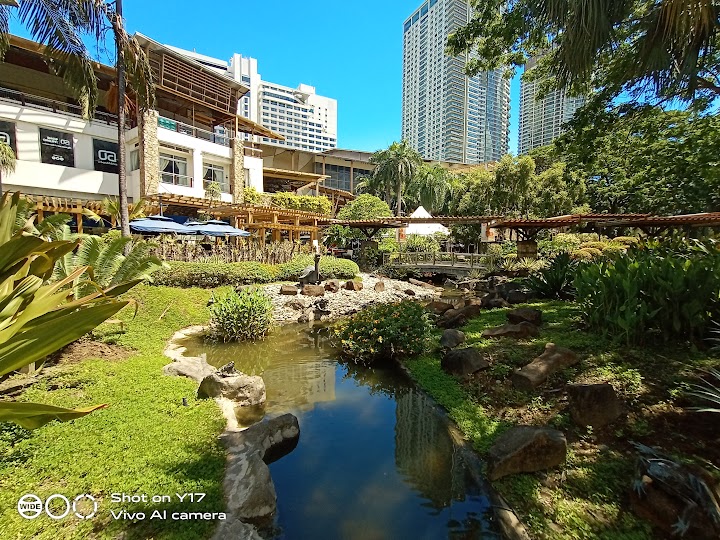 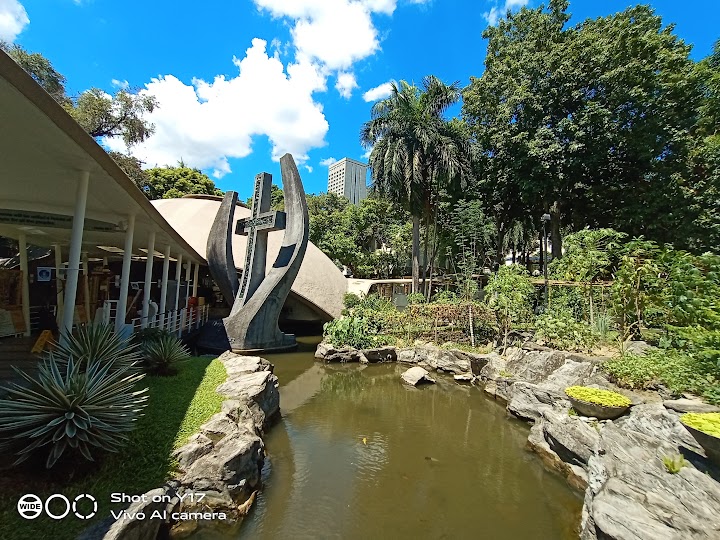 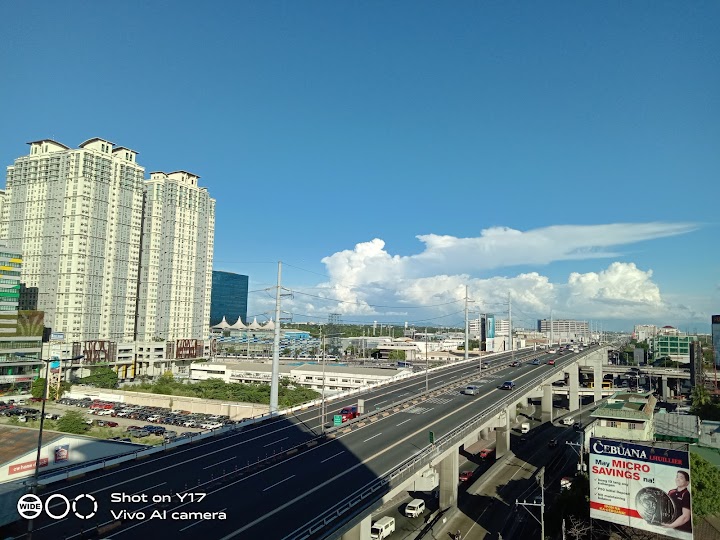 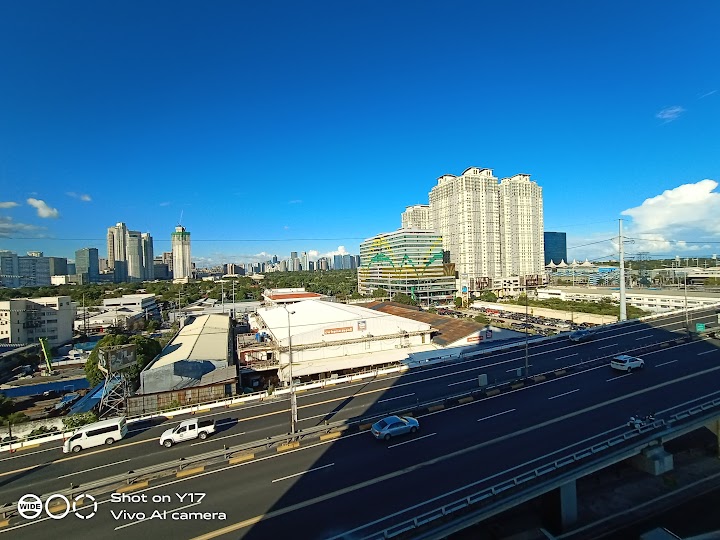 The Y17 is also capable of shooting at a wide-angle. There’s a slight fish-eye effect to it, but the images capture a wide range and have vibrant colors. There’s no dedicated Night Mode in the Y17, so it’s advisable to avoid low-light shots with this device.

For videos, the Y17 can shoot up to 1080p and is also capable of shooting videos at wide-angle. Interestingly enough, the wide-angle videos produced look brighter and more colorful than the standard video. Check them out:

Android 9 Pie acts as the Y17’s operating system, with Vivo’s Funtouch OS 9 skinned on top of it. By default, the home screen has a layout size of 4×6, but it can be adjustable to 4×5 for larger icons or 5×6 for smaller icons. The interface has the standard home screen style, and unfortunately, you can’t change it to a drawer-style one. The Y17 also has an EasyTouch feature that has the user’s choice of favorite apps and a selection of quick tools. When not in use, it slides to the left or right edge of the screen as a small gray bump.

128GB is the only storage capacity available for the Y17, and it can be expanded up to 256GB via the dedicated microSD slot. Out of the 128GB, about 107GB of it is usable. Pre-installed apps include the usual Google apps and third-party apps such as Facebook, Lazada, and WeSing. The Y17 has a variety of tools pre-installed, including EasyShare, vivoCloud, and V-Appstore. As for features, the smartphone has a Kids Mode, Motorbike Mode, Smart Split, App Clone, Smart Mirroring, and i Manager.

When it comes to biometrics, the Y17 has a rear-mounted fingerprint scanner and face recognition. They’re both pretty fast and accurate. One favorite thing of mine in the face recognition feature is that on the lock screen, there’s a smiley emoji that changes colors to detect your face. It stays smiling when it recognizes the face registered, but if it doesn’t recognize the face, the emoji shakes its head and gives you a sad look. It’s a minor thing, but it’s also an incredibly cute touch to the smartphone.

MediaTek Helio P35 powers up the Y17, paired up with a PowerVR GE8320 GPU and 4GB of RAM. We ran the smartphone through our usual benchmark apps, and here are the results:

The device is excellent to use in basic tasks, such as social media browsing, video-watching, and the like. Do take precaution in not having too many apps run in the background as there will be lags. When it comes to gameplay, the Y17 has a Game Cube feature that optimizes whichever game is added to it, running it at the best possible performance. Still, even with Game Cube enabled, graphics-intensive games lag and have frame drops from time to time.

The usual connectivity features, such as Wi-Fi, LTE, and Bluetooth, can be found on the Y17. It has a Gyroscope sensor as well for AR games and apps. The device also gave us accurate results when we pinned locations and the like on the map.

PC Mark’s battery test scored the Y17’s massive 5,000mAh battery with 14 hours and 21 minutes. On our standard video loop test (1080p movie, 50% brightness, 50% volume with earphones, airplane mode), the device lasted through a total of 20 hours and 25 minutes. The Y17’s battery life is enough for all-day usage. Even with an 18W fast charger though, it took us around an hour and 30 minutes for the device to be fully charged.

The Vivo Y17 has its pros up its sleeve, such as its incredible battery life, bright display, modest camera quality, and that sweet wide-angle camera quality. On the downside, however, it still has a micro USB port, graphics-intensive games lag, and video playback can only go up to a maximum of 720p. For its price tag of PHP 12,999, we do feel like the Y17 is a little overpriced for what it offers. There are other smartphones out there with better specs, tagged at the same price tag or even lower, that’ll make your purchase worth it.