There are plenty of options in the market if you’re just looking for a smartphone that can deliver great performance when it comes to gaming. Just go for a device with a flagship chip, huge RAM, and storage, and you can pretty much play all the games in the Google Play Store. However, not all flagship smartphones can deliver a great gaming experience. For that, you will need a gaming smartphone. And one device that was able to show us the future of mobile gaming is the Lenovo Legion Phone Duel. Let us show you why. 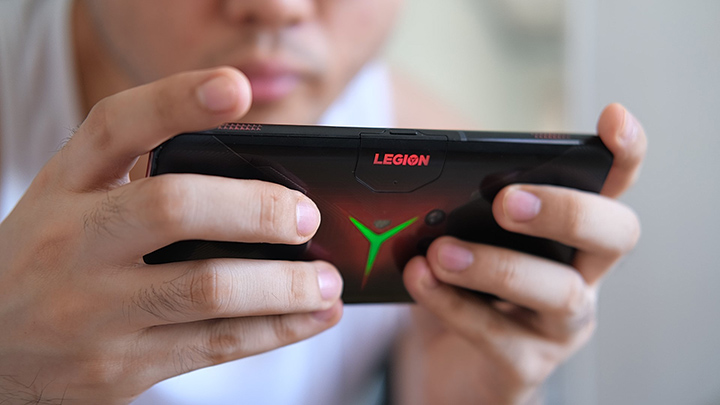 Smartphones are designed to be used in two orientations: portrait and landscape. However, most games are designed to be played in landscape mode. Lenovo designed the Legion Phone Duel to meet that requirement, and you can see it in its symmetrical design, powerful front-facing stereo speakers, dual USB-C ports for convenient charging while gaming, ultra-sonic shoulder buttons, and a pop-up front-facing camera. Add to that the stylish gamer-centric design with RGB lighting. Regardless of how you’re using it, whether in portrait or landscape, the Legion Phone Duel screams ‘gaming.’ 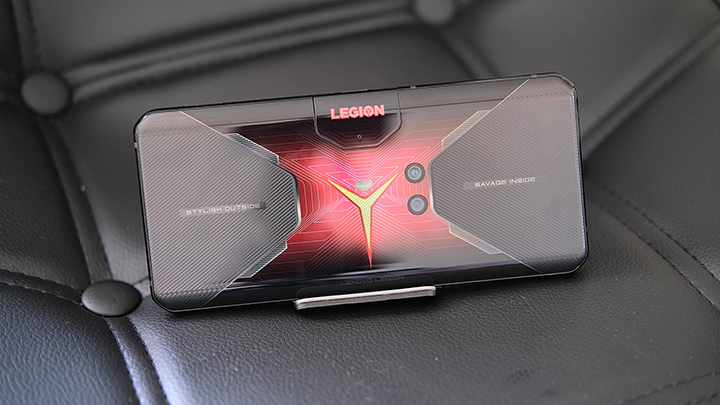 Gaming smartphones are the most powerful mobile devices around, and that’s possible because of the chipset being used. In the case of the Legion Phone Duel, it uses the most powerful Qualcomm chipset at the time, the Snapdragon 865 Plus 5G. It features an octa-core CPU with a maximum clock speed of up to 3.09GHz, an Adreno 650 GPU, up to 512GB UFS 3.1 storage, and up to 16GB of RAM. And to ensure that it’s at its peak performance while you’re gaming, it is equipped with a dual-liquid mid-thermal, floating cooling system to keep things cool. 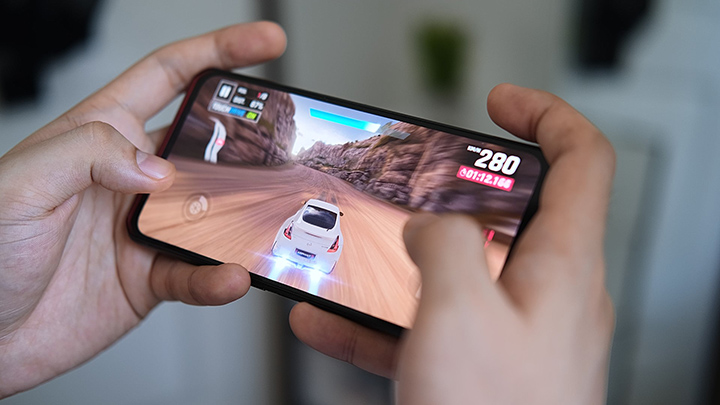 Being able to play mobile games on a hi-res screen is no longer enough. If a game supports a high refresh rate, then you got to have that experience. With the Legion Phone Duel, you can be sure that you’ll get high refresh rates of up to 144Hz for incredibly fluid and blur-free gameplay, a 240Hz touch sampling rate for ultra-fast responsiveness, and an FHD+ AMOLED screen for vivid and punchy images. And since the front camera is hidden inside the phone, you’ll get a full-screen experience and none of that distracting notch or hole-punch. This is a huge upgrade if you’re coming from a standard phone with a lower refresh rate and a less responsive screen. 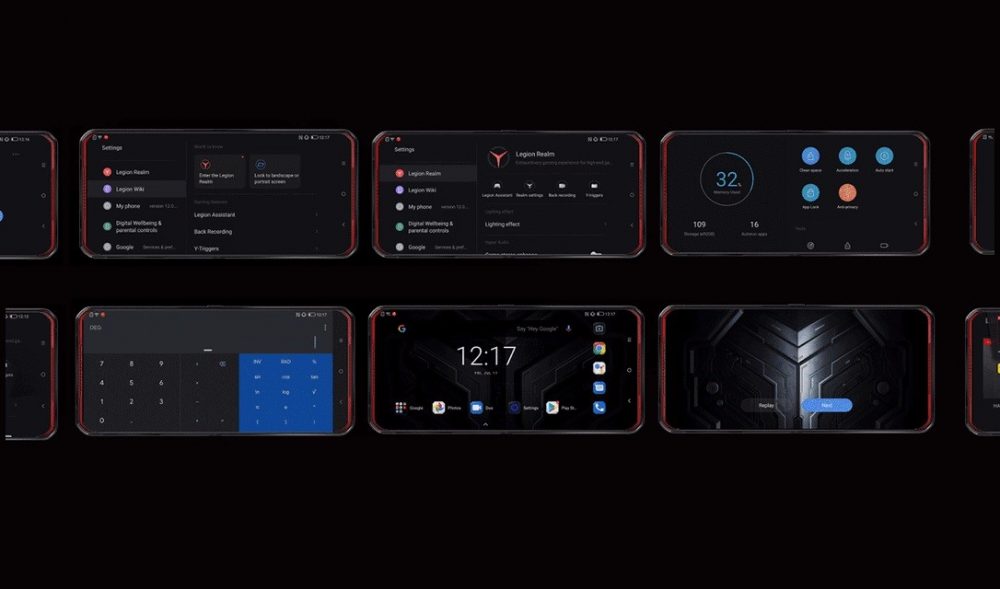 The Legion Phone Duel runs on ZUI v12 based on Android 10. It’s the world’s first deep customized horizontal UI, meaning the user interface is heavily tweaked to work properly in the landscape mode. From the home screen to the phone and SMS apps, to Settings, and other built-in apps, you can be sure that everything is scaled and optimized to work in landscape. No need to shift orientation when you need to toggle between applications. 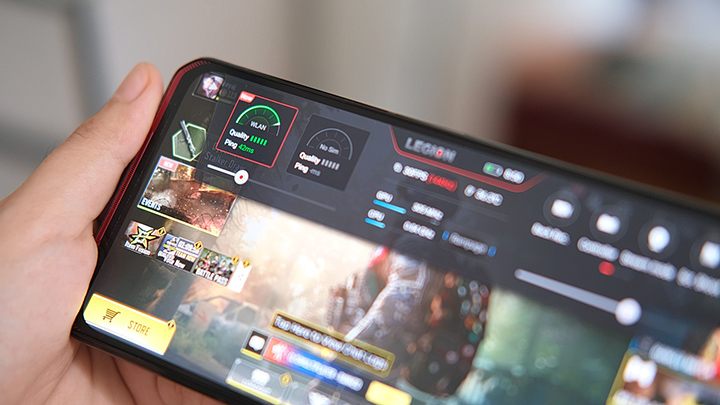 Even though the UI is already deeply customized with the gamer in mind, the Legion Phone Duel also comes with cool features to enhance the gaming experience. One of them is the Legion Assistant. As the name suggests, the Legion Assistant assists you in making sure that the Legion Phone Duel is ready to play games. Simply drag down from the top, and the Legion Assistant dashboard will appear. From there, you will see the quality of your internet connection, the clock speed of the CPU and GPU, current FPS and temperature, brightness and volume adjustment, as well as a variety of shortcuts like recorder and stream mode. There’s also a ‘Rampage’ button, which pushes the CPU and GPU to the max clock speed if you need that boost. 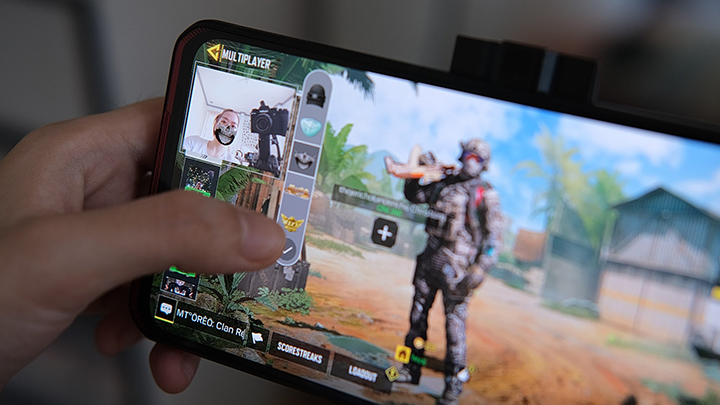 Although a phone is designed for gaming, that doesn’t mean that it has to skimp on other features like cameras. In the case of the Legion Phone Duel, it is equipped with dual-rear cameras consisting of a 64MP F1.9 main and a 16MP F2.2 ultra-wide. The cameras are placed in the middle of the body, staying away from your fingers, so you don’t block it when using in landscape mode. As for selfies and streaming, it uses a motorized pop-up 20MP F2.2 wide-angle camera. So, even though you’re using a gaming smartphone, you don’t have any reason to feel out of place amongst camera-centric smartphones. The ones in the Legion Phone Duel will do just fine. A huge battery is a must for a gaming smartphone as you don’t want it to die on you while playing a ranked game. The Legion Phone Duel solves that by sporting two 2,500mAh batteries for a total capacity of 5,000mAh. Why two battery packs instead of one, you ask? Well, that allows the Legion Phone Duel to support dual Type-C charging for a total charging power of 90W. Yes, you can plug two chargers on this phone via its two USB-C ports. In our review, we were able to charge it from 0% to 100% in just 30 minutes. That’s super-fast!

Flagship smartphones nowadays are really expensive, and the high-end ones can reach up to PHP 70K. Fortunately, Lenovo priced the Legion Phone Duel competitively, and they even reduced the current price by PHP 5,000 in celebration of the Chinese New Year this February. The Legion Phone Duel now starts at PHP 34,995, and that’s for the 12GB + 256GB model (Blazing Blue). And if you have an extra budget and want the best model possible, you can go for the 16GB + 512GB model (Vengeance Red) available now for just PHP 44,995.  As you can see, you don’t need to spend too much just to get flagship-level gaming performance.

The Legion Phone Duel is available in Legion Stores and authorized resellers nationwide, as well as the Lenovo Legion Flagship Store in Lazada.

Experience mobile gaming, evolved with Legion Phone Duel. Follow Lenovo Legion PH for more updates. Be one with Legion and join the following:

For more information on the Legion Phone Duel, visit https://legion.lenovo.com/legion-phone-duel.