Netflix invited journalists from all over the world to visit their headquarters in Los Gatos, California (we were the representative for the Philippines). Here’s a quick look at the Netflix HQ in our second day of the tour. 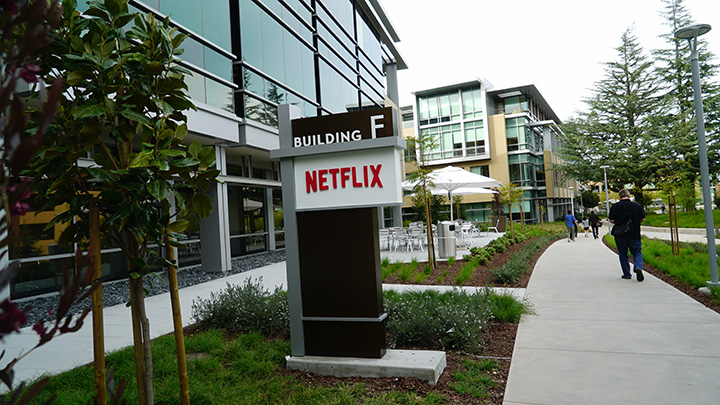 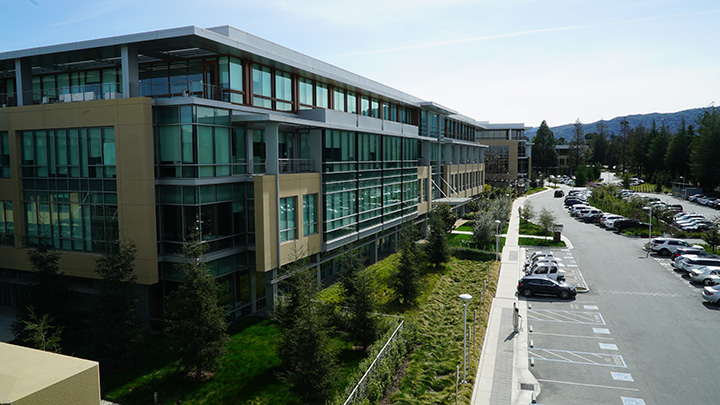 The second complex is on the adjacent side of the creek where modernist-style buildings lined up side by side. Each 4-storey building is named A to F, with the latter just newly constructed but is still mostly un-occupied. 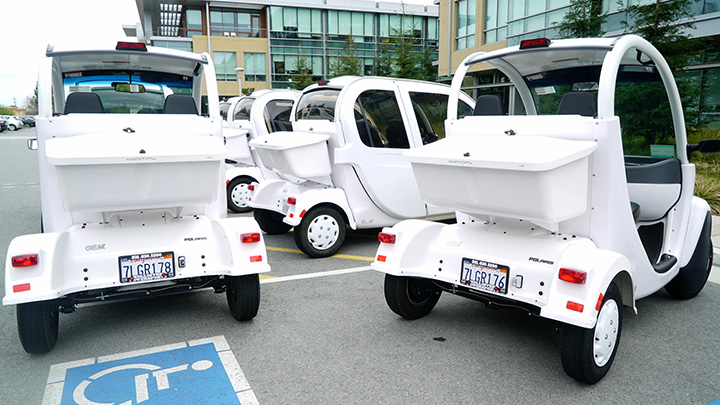 They have these Polaris GEM electric vehicles that employees can use to drive between the two building complex since they have to go out of the main road and cross the bridge to get to the other side. We drove these around and they’re actually very fast. 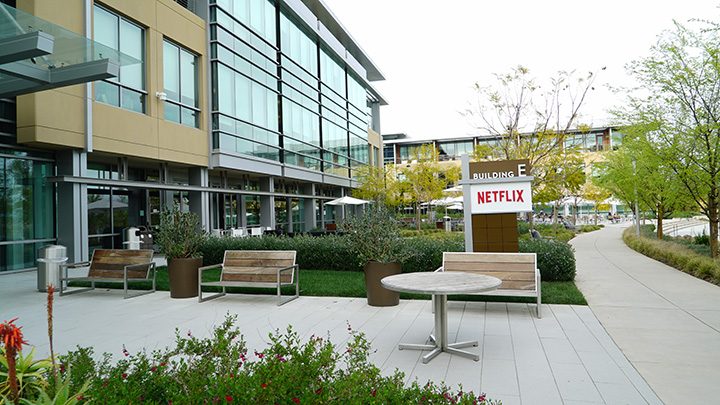 Employees don’t have any IDs and there’s no security guards at the door. Each one is given an NFC tag which they can use to open doors in any building. 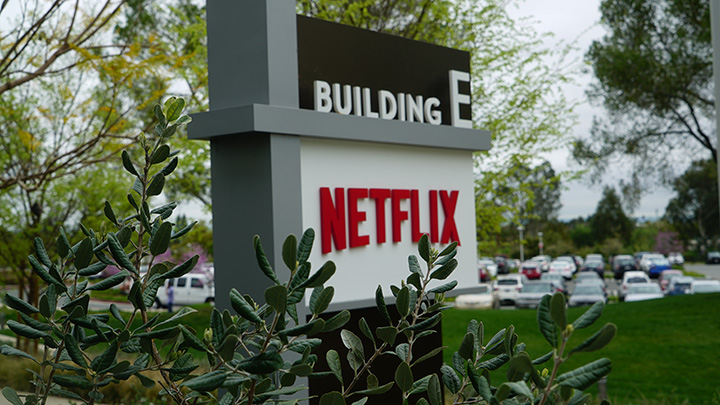 There are also non-office buildings in the complex. While there’s plenty of parking spaces for employees and visitors, Netflix also offers daily shuttles to the office from downtown San Francisco (about a 45-minute drive). There are about 1,800 employees in the Los Gatos office. 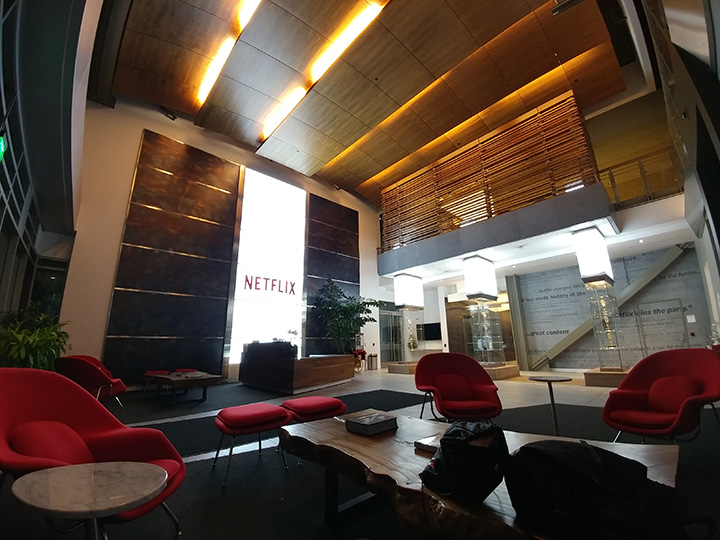 The main lobby is found in Building E. It’s a nice cozy lobby with high ceiling, a combination of wood, metal and glass finishes and furnitures. These are glass cabinets along one side that showcase Netflix’s Oscar Awards (just a few of them since most are in the Hollywood office — Emmy, Golden Globe, SAG, NAACP, Peabody). 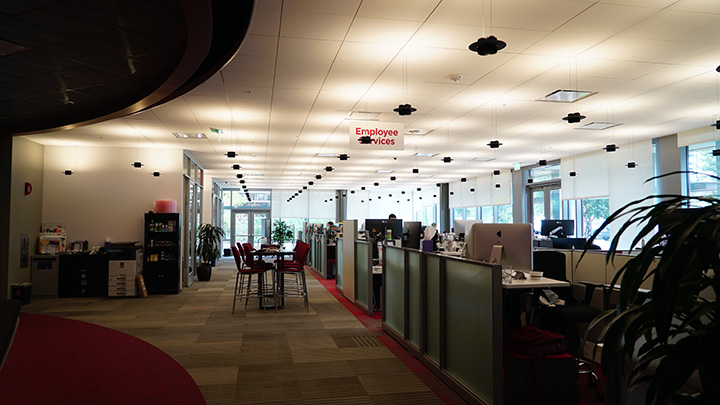 The floors have mostly an open plan with sections assigned to each employee. They use height-adjustable desks to encourage people to stand instead of sit all day. 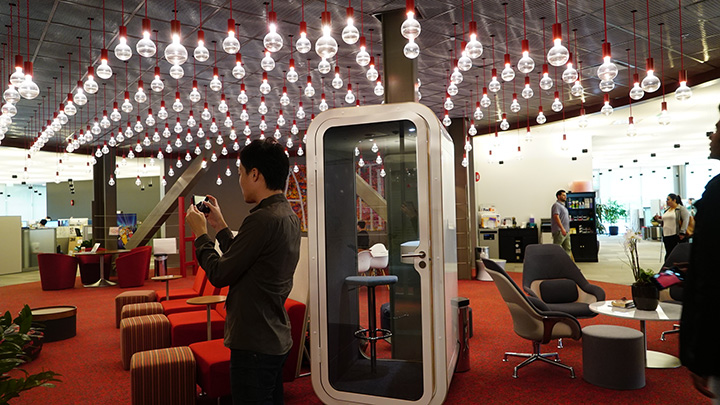 There are also communal areas where employees can gather around to meet and collaborate, nooks to get more personal space, and lounge cubicles for more privacy.

That privacy booth in the middle can be used if you want zero noise for personal time or work. Meeting rooms are everywhere and each one is named after a movie or TV series. 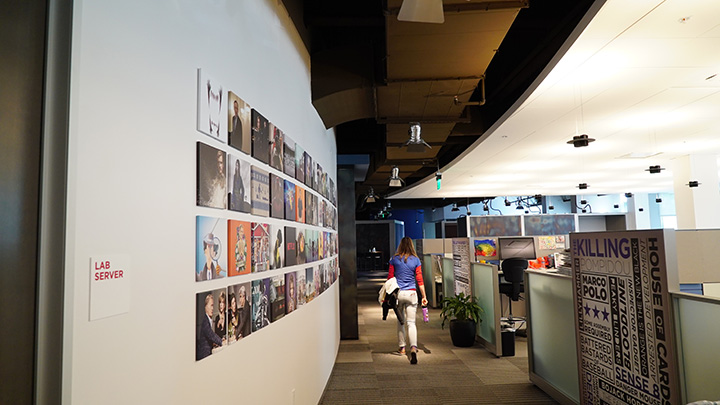 The corridors are always designed with something related to the titles that Netflix carries in its catalog. 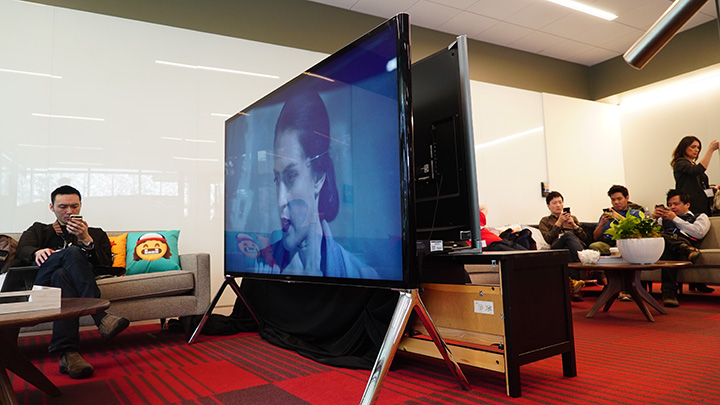 Most meeting rooms have TVs that play movies and coffee machines in almost every corner. 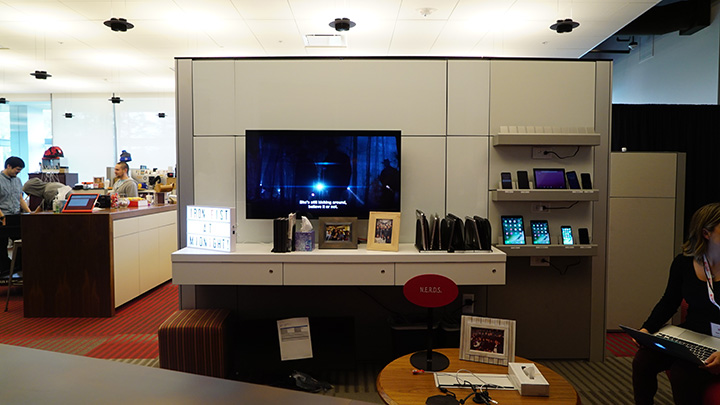 There’s a section where a lot of devices (mostly Apple and Google devices) are on display, all streaming Netflix. It shows them how the Netflix interface looks like on different devices. 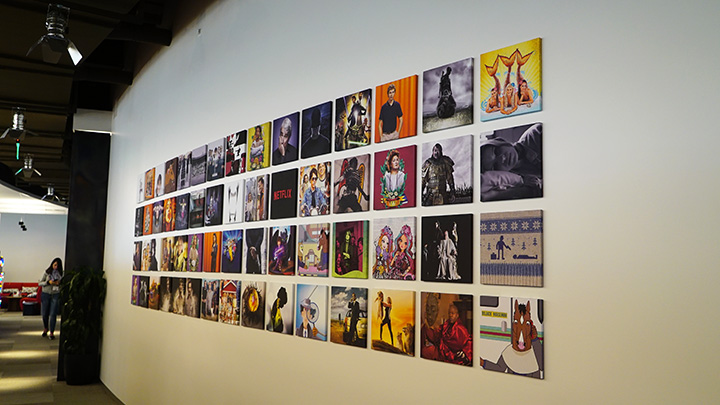 There’s another floor in the building that tests all models of TVs in the market. They check for compatibility of the Netflix app, the supported features and interaction with different kinds of remotes. 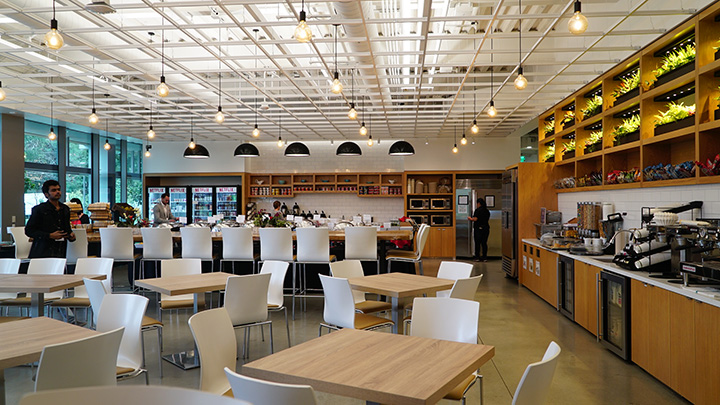 There are large pantries in all buildings, all stocked with drinks and supplies. There’s catered lunch every day. 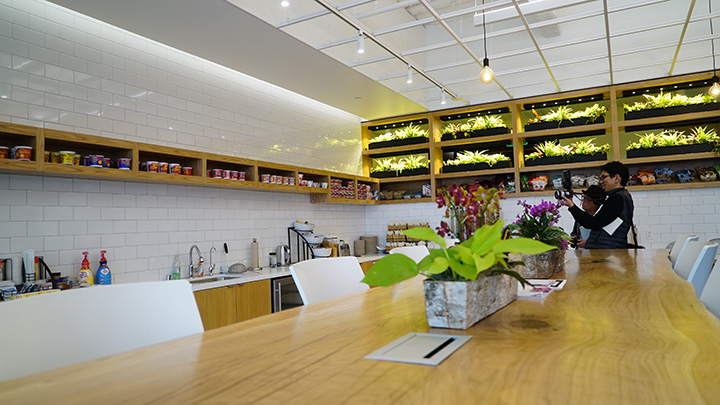 Each floor has its own mini-pantry and some corridors also have chillers for drinks. The main lobby has a popcorn machine and they start popping them around 4pm. 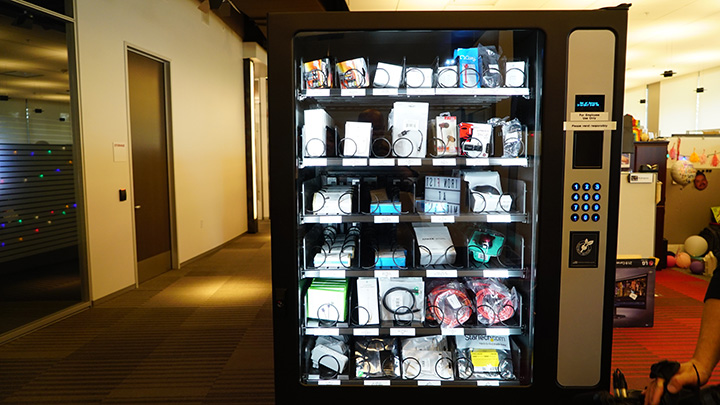 Some floors have gadget vending machines. These are mostly office accessories like chargers, adaptors, powerbanks, batteries, mice, cables and the like. They’re free for employees although they put a label for the price so that employees are aware and be responsible for their consumption. 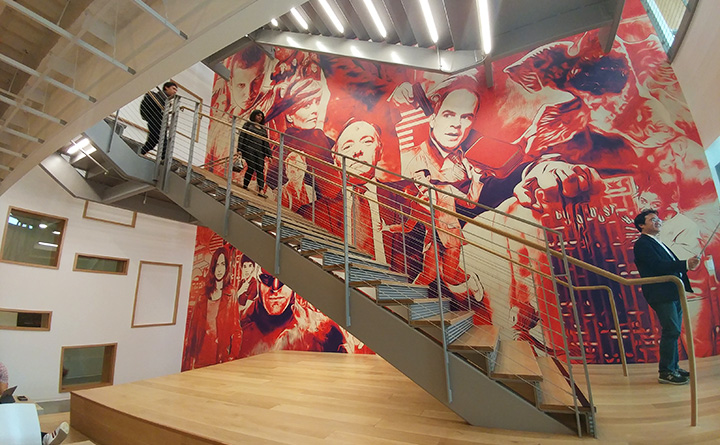 Netflix has a very progressive employee program — up to 1 year paid maternity and paternity leaves and unlimited vacation leaves, among other things.

Netflix needs to be very competitive in Silicon Valley in order to attract the best talents. 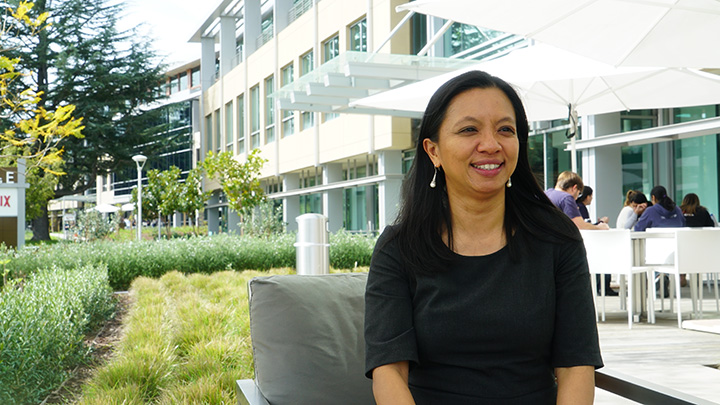