The Samsung Galaxy M51 is an interesting smartphone. Apart from having a huge 7,000mAh battery, it also has a Super AMOLED Plus display, a Qualcomm Snapdragon 730G processor, and many more–all for a price of PHP 19,990. On paper, it looks like an excellent deal. But how does the Galaxy M51 fares? Let’s find out in our review. 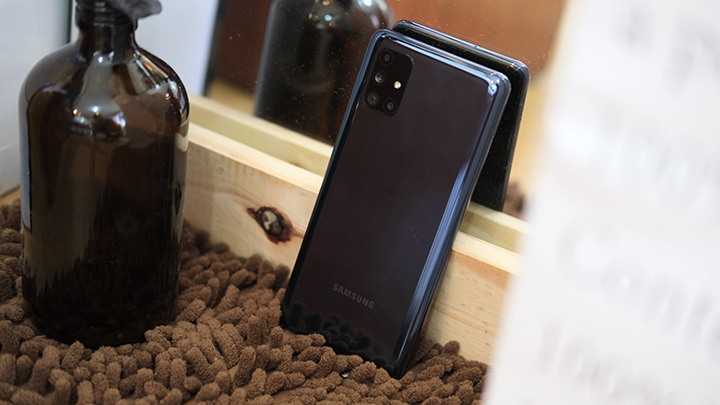 Honestly, there’s nothing new with the device’s design as still sports a “glasstic” back that we’ve seen in previous Samsung smartphones. It gives off that nice glass illusion even if it’s made out of polycarbonate material. Do note that it can be a fingerprint magnet, and it can get scratched easily, so it’s best to use a case on this one. 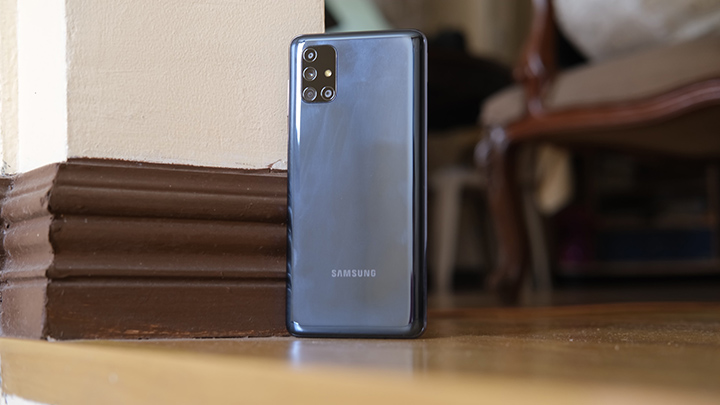 More at the back, there’s the rectangular rear camera module on the top left, just like the Galaxy S20 series. 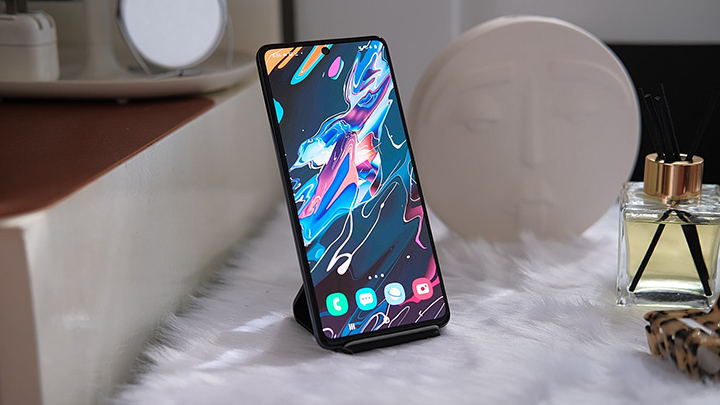 Flipping to its display, we get a 6.7-inch screen with a centered punch hole, slim bezels, and a relatively thin chin. 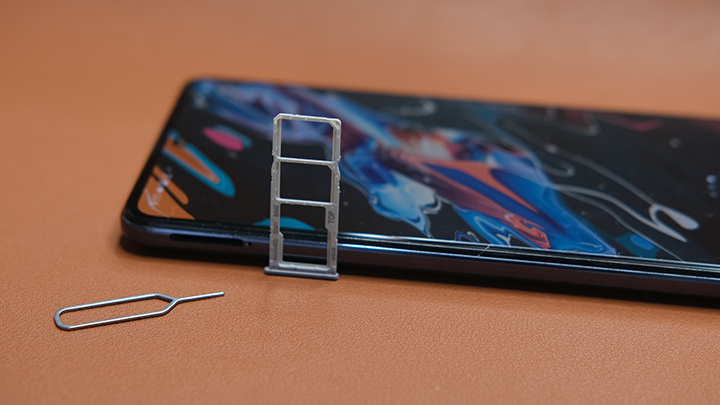 On the left, we have the triple card tray with dedicated slots for two nano-SIM cards and a microSD card that’s expandable up to 512GB. Meanwhile, we have the volume rocker and power button on the right, which is also integrated with a fingerprint scanner. 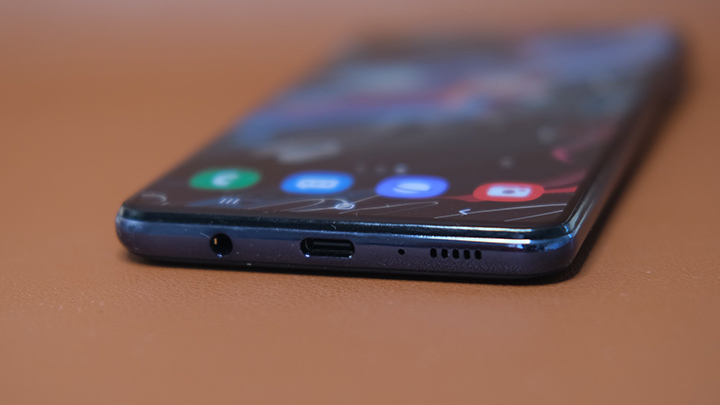 The bottom contains the USB Type-C port, the microphone, the 3.5mm headphone jack, and the loudspeaker. We also get a secondary microphone up top.

There’s quite a heft when holding the Galaxy M51. It weighs 213 grams, which is fine for us, considering that it carries a monstrous 7,000mAh battery. Still, it’s exceptionally comfortable to hold, and it offers a better grip, thanks to the curved edges.

Overall for design, there’s nothing over the top. It’s simple and straightforward, which is something most of us in the office prefer.

The Galaxy M51 features a large 6.7-inch Super AMOLED Plus Infinity-O panel with a tall 20:9 aspect ratio. You get a Full HD+ resolution and a layer of Gorilla Glass 3 protection on top. The display is pretty vast and tall, which makes the viewing experience pretty good. The colors are punchy, and you get deep blacks since it’s an AMOLED panel. 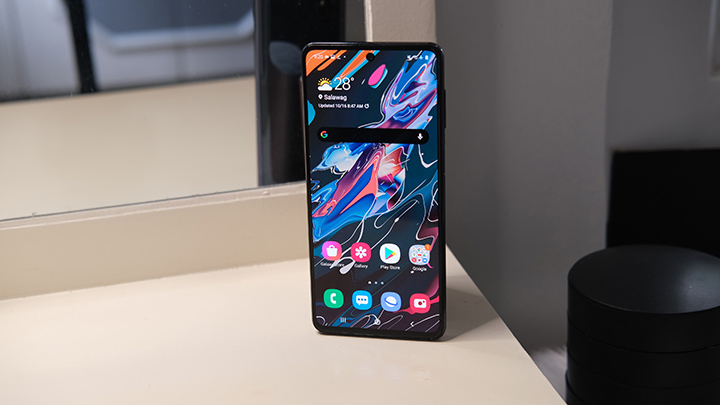 We get high contrast, noticeably vivid colors, and the screen gets bright enough to see outdoors. There is also an Always-on Display feature with a ton of themes from the Samsung theme store. In the display settings under the Screen Mode, colors can be configured from natural to vivid. The vivid option has a white balance and RGB slider for users who want to configure their display more. 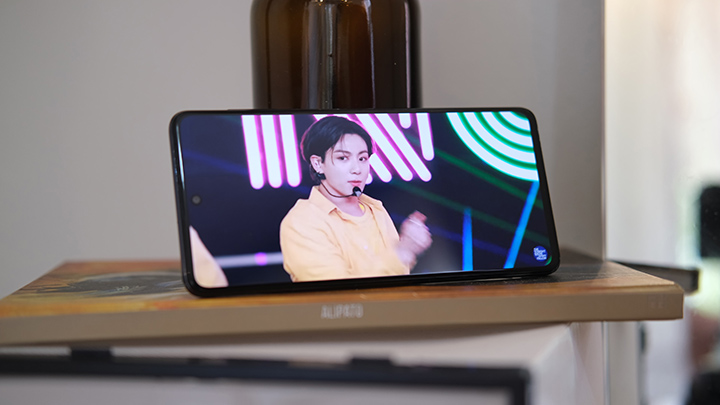 Audio-wise, the single downward-firing speaker can get loud and clear enough, comparable to most mid-range smartphones today. However, it’s tuned towards voice rather than music, so expect high pitches. There’s Dolby Atmos on board, but you’ll need to connect your headset to enable it.

The Galaxy M51 has four shooters at the back consisting of a 64MP main, a 12MP ultra-wide, a 5MP depth, and a 5MP macro lens. On its tiny notch, you will find its 32MP front camera. 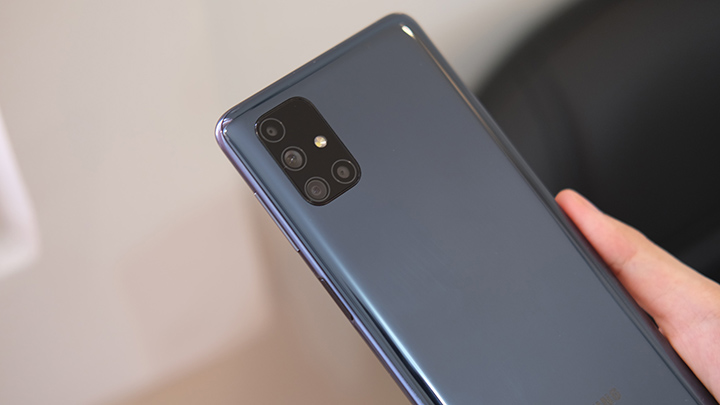 Quality-wise, shots from the primary rear shooter did some excellent daylight pictures with decent detail and colors. The wide-angle lens also does a reasonably good job here. Samsung has also bundled a Single take feature that captures photos and videos with all of the cameras and gives you the best shots and moments in one album. We’ve seen this same feature on flagship phones like the Galaxy Note 20 and S20 lineup. After capturing all, you can keep the best and discard the rest. It’s a nice feature to note that this feature doesn’t prioritize getting the highest resolution.

For low light conditions, we got surprisingly good colors, although details can be blurry and grainy.

As for selfies, it takes decent pictures in the right light conditions. The skin tone sometimes tended to alter, but most of the time, it worked fine. However, don’t expect a good one when in low-light conditions.

Video recording goes up to 4K resolution, and quality is more than adequate. There’s sufficient detail, and the noise is controlled well, as long as you have good lighting.

The Samsung Galaxy M51 packs in a pretty versatile camera setup that is capable of taking good photos, which is also suitable for social media postings without editing or enhancement much.

As for software, the Galaxy M51 runs One UI Core 2.1 on top of Android 10 out of the box. It comes with an app drawer option and offers both gestures and on-screen buttons for navigation. Samsung has added several apps pre-installed, including Lazada, Live Transcribe, and several Samsung apps, but you can uninstall them, which shouldn’t be a problem. It also has the latest features, such as a built-in screen recorder, dark mode, and focus mode.

Out of the 128GB of internal storage, you get a usable 106GB storage.

Powering the Galaxy M51 is a Snapdragon 730G processor, which is a rather familiar mid-range chipset. It’s paired with an Adreno 618 GPU, along with 8GB of RAM and 128GB of internal storage. 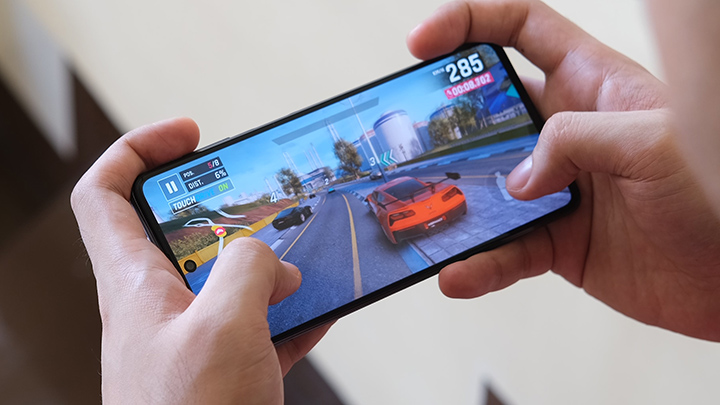 With this configuration, you can do heavy tasks and intensive multitasking but expect some occasional stutters. We tried heavy games on it, such as Mobile Legends and Asphalt 9, and they all worked fine and responsive. We do advise using the standard graphic settings for more optimal gameplay.

There were also some minimal heating issues, but they weren’t that bothersome. For benchmark scores, here are the numbers we got: 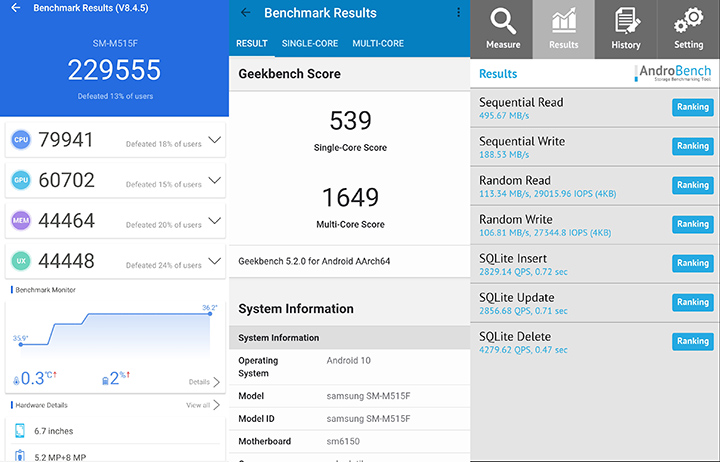 To unlock the M51, you can use the side-mounted fingerprint scanner and its face-recognition. They’re both pretty convenient and work well. While facial recognition takes a second to unlock the phone.

The Galaxy M51 comes with the usual connectivity features such as Dual-SIM, 4G LTE, dual-band Wi-Fi, Bluetooth 5.0, GPS, and NFC. 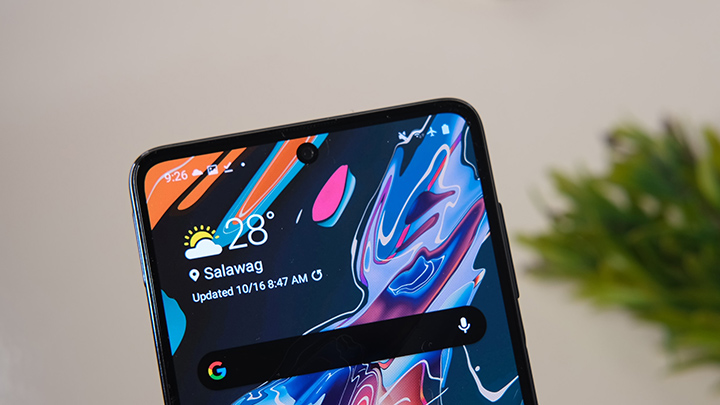 When it comes to battery, its massive 7,000mAh battery is by far the largest battery capacity we’ve seen on a smartphone. With this, the device should last you two to three days, perhaps if you’re occasionally running light tasks and apps.

In the PCMark’s battery test, the battery life was rated at 25 hours and 29 minutes, which is really great. It supports 25W charging via Type-C port, so a full charge takes about two hours, which is acceptable considering the battery capacity. Meanwhile, in our standard video loop test, which entails the phone being at 50% brightness, 50% volume, airplane mode turned on, and with headphones plugged-in, the device lasted a longer 31 hours and 56 minutes.

For PHP 19,990, the Samsung Galaxy M51 is not the flashiest smartphone in the market today. However, it still offers a lot that you might really consider, especially if you’re focused on buying a Samsung smartphone. 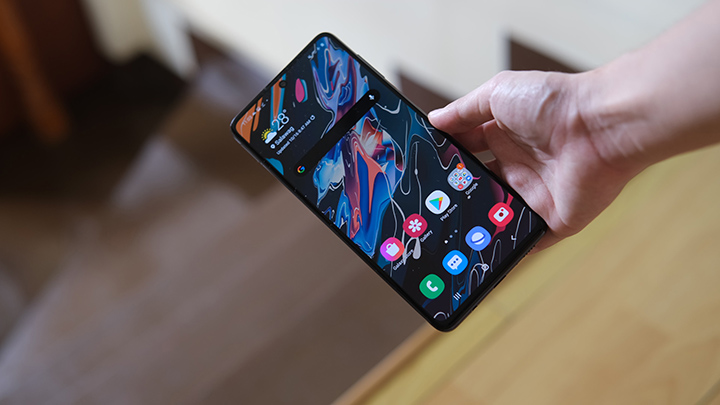 Of course, you get a massive 7,000mAh battery, and then there’s the Snapdragon 730G chipset, the Super AMOLED Plus display, and a good set of cameras. It’s a well-rounded device, and it makes it the perfect phone for people who use a phone rather than flaunt it.