Android TV is the successor of the Google TV which the company launched in 2010. Although it’s mainly intended for TV sets, the new platform can also be installed on set-top boxes and gaming consoles. 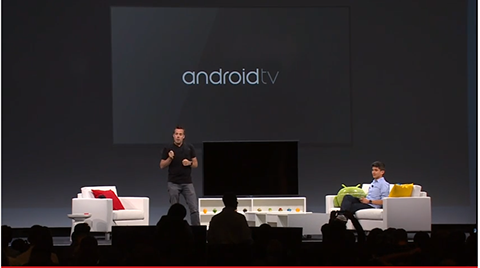 So what changed after four years? A lot actually. For one, Google has integrated the search functions (powered by Google of course) and Google Play in to the Android TV which provides contextual information/results based on the company’s proprietary Knowledge Graph.

Moreover, Android TV provides a more seamless interaction between the big screen and other Android-powered devices, including Android Wear, to perform various tasks like controlling the media playback, inputting queries through text or using voice and/or using it as a controller for gaming. Google stated that they’re already working with top TV manufacturers such as LG, Sharp and Sony, as well as set-top box makers like ASUS and Razer, to get the Android TV out in the market in the coming months.