How to play Call Of Duty: Mobile on PC

How to play Call Of Duty: Mobile on PC

Call of Duty: Mobile launched a couple of days ago, and while a lot of people seem to be into it, not everyone has a smartphone capable of playing graphics-heavy games. If you’re one of those people who own a device that can’t game but still want to play COD: Mobile with your friends, then this guide is for you! Tencent, the co-developer of the game released an official PC emulator for COD: Mobile. Check it out!

First, you’d want to download the emulator itself. You can find it here. Install the file once it’s finished downloading.

From there, find and install COD: Mobile on the Game Center tab. 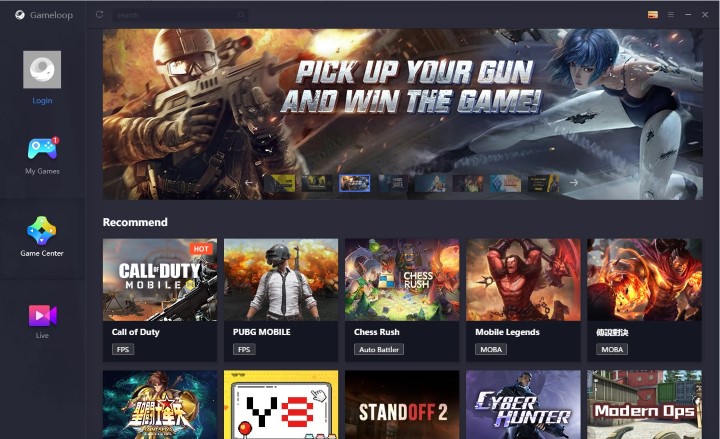 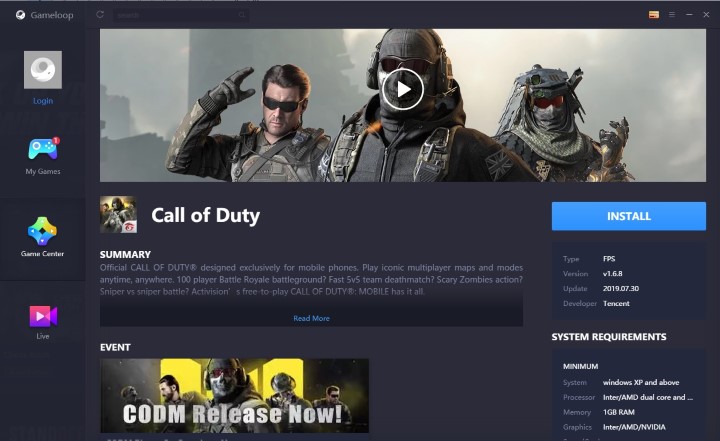 Before running the game, open up the settings on GameLoop. You can find it in the three lines icon on the upper right side of the GameLoop app. 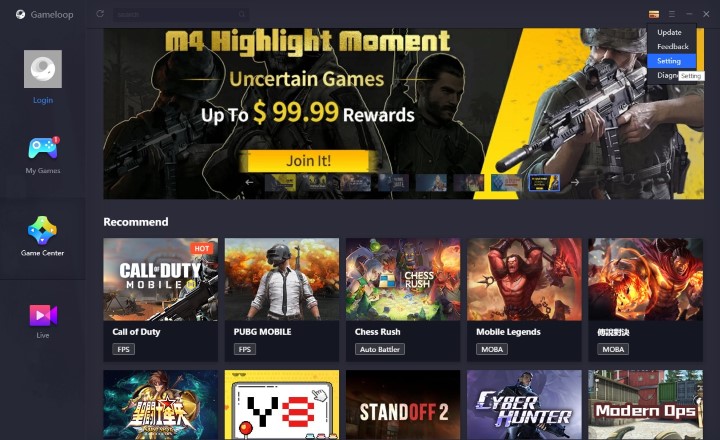 From there go to the Engine tab. Depending on the specs of your PC, adjust these settings. The important thing to take note is the Memory – which is the RAM your “phone” or the emulator has, and Processor (make sure you set this below what your has). If you have multiple Playback and Recording devices, then make sure you set the ones your currently using. For the first five rendering options, I just left it as is. 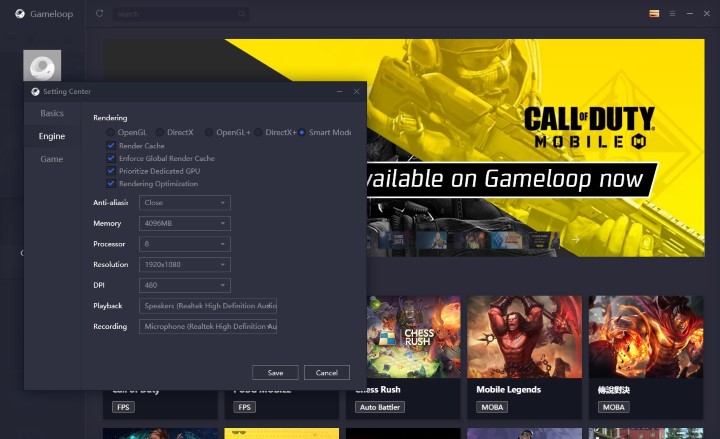 Now you can finally start the game! Head over to the main menu, then go to the My Games tab and hit play. 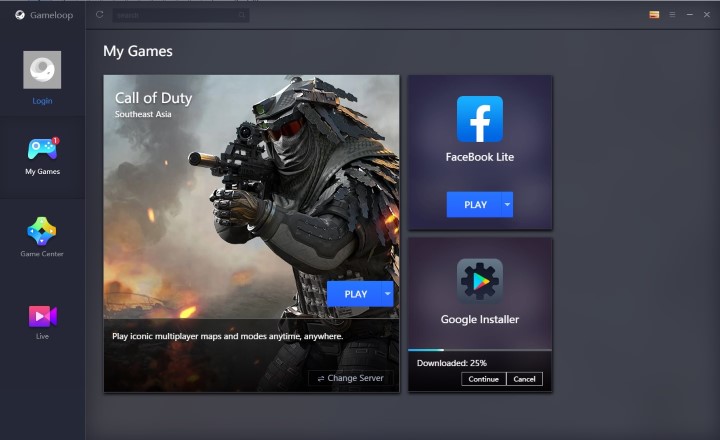 From here you should see Call of Duty. Hit play and a separate window for the game should pop up. Once you reach this screen, log in using your preferred method; I only tested with FaceBook because that’s where my account is linked, but others should work fine too. The controls are all on the right side so learning them shouldn’t be much of a challenge. One thing is that the left Ctrl key is used to free up the mouse cursor which is useful for the BR mode when looting. But, if you’re a long-time PC FPS gamer, then you know that the left Ctrl key is typically for ducking. Just keep that in mind because I’ve died quite a few times for hitting the Ctrl key and then not being able to aim.

The only thing left to do is start playing the game! See you guys out there!