We all know that tablets come in all shapes and sizes so for the sake of categorizing, weâ€™ve narrowed it down to two sizes; there’s the 7-inchers and the above 7-inch tablets. Now if youâ€™re in the search for an ample-sized slate, here’s our top 5 tablets above 7-inches which we think weâ€™ll give the most bang for your buck.

1. ASUS Transformer Pad 300 Series (TF300) â€“ This tablet has, in our opinion, the best price-to-feature of all the tablets on this list. Although the TF300 is not as well-endowed as the ASUS Infinity Pad Series (TF700), its sub-25K price tag (with Keyboard Dock) makes up for it. It’s also worth noting that the TF300 is one of the first 10-inch tablets to be updated to Jelly bean which is certainly a plus for Android users. 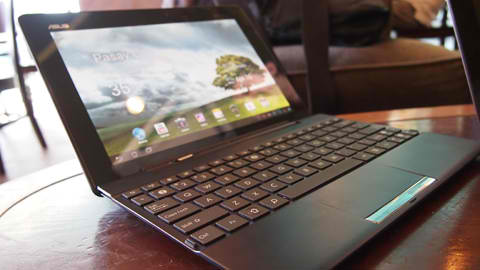 This is ideal for users who does a lot of typing with their tablet and doesnâ€™t mind having a less dense display and a smaller internal storage (compared to ASUS Infinity Pad Series TF700). You can check out our first impression of the tablet here

2. Sony Xperia Tablet S â€“ This tablet is the revamped version of Sony’s first Android tablet and is included to the Xperia product line to complete the lineup’s immersive experience. Although it has the same wedge design of its predecessor, it is thinner and more equipped to handle user’s tablet computing needs thanks to its 1.3GHz quad-core processor. Another great feature of the tablets is its aluminum body and IPX-4 certification (splash-proof) which adds durability to the quad-core tablet. 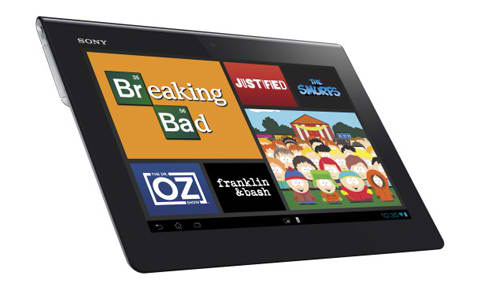 The Sony Xperia Tablet S has not been officially launched in the country but for those who are interested in getting one, the 16GB Wi-Fi version will set you back $399.95 but you can definitely expect more when it hits the local shelves. Specs and pricing of other versions of the tablet can be found here

3. Amazon Kindle Fire HD 8.9â€ â€“ This tablet is the online retail giant’s recent addition to their tablet lineup along with its 7-inch counterpart. Although it’s the smallest tablet on this list, it does give potential buyers a bang for their buck, considering that it’s by far the cheapest tablet (from an established company) with Full-HD display. 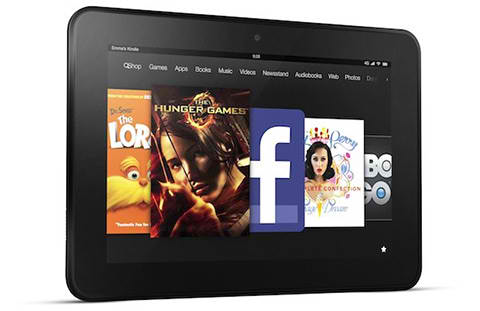 This tablet is well-suited for casual tablet users who donâ€™t mind having a dual-core processor under the hood and use their tablets mainly for browsing and watching movies on-the-go. With a starting price of $299 for the 16GB variant, you canâ€™t go wrong with the Amazon Kindle Fire HD 8.9â€.

4. The New iPad â€“ Some people have been disappointed with the lack of innovation on the new iPad from its predecessor which led them to think that it’s not a worthy enough upgrade. But criticism aside, the new iPad has enjoyed a strong foothold in numerous markets from all over the world mainly because of its Retina Display and all the good stuff of having a dual-core processor. 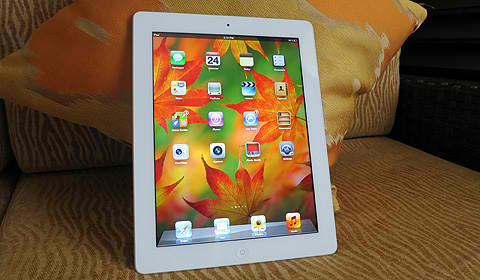 We still think that it’s unnecessary for any iPad 2 users to upgrade to the New iPad. However, if youâ€™re coming from an original iPad or have not owned an iPad before and is looking for a tablet with the best possible display, then you’ll be delighted with the new iPad. The 16GB, Wi-Fi only version of this tablet can be had for PhP23â€™999 and PhP29’990 for the 3G/Wi-Fi version with the same storage capacity. Catch our full review of the new iPad here.

5. Samsung Galaxy Note 10.1 (GT-N8000) â€“ Samsung’s flagship tablet is arguably a tad better than the TF300 (or any tablet on this list for that matter) in terms of specs and usability. However, the heftier price tag of the SGN 10.1, which is mainly due to its 3G functionality, makes it less pleasing than the other tablet. If only Samsung made the Wi-Fi only version of the tablet available locally, which only costs USD499 (16GB model), this tablet would have ranked higher on our list. 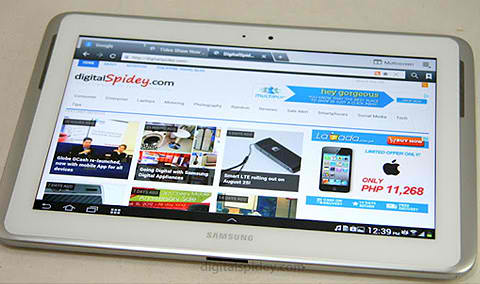 The Samsung Galaxy 10.1 is suitable for creative users who prefer writing than typing, especially those people whoâ€™ve grown accustomed/dependent to the SGN GT-N7000’s S-Pen. Equipped with 2GB of RAM, this tablet should be able to take on any usersâ€™ multi-tasking and gaming needs without breaking a sweat. If money isnâ€™t an issue to you, then by all means get this tablet even at its current price tag because you’ll surely be pleased with its performance.

You can check out the first impression and pricing of the Samsung Galaxy Note 10.1 here

Weâ€™ve also considered including the Huawei MediaPad 10 FHD on this list and wouldâ€™ve given these tablets a run for its money with its K3v2 Cortex-A9 1.4GHz quad-core processor, 16-core GPU and 1920 x 1200 (16:10 aspect ratio) display but little is known about the tablet’s performance in real life scenario. In addition to this, the tablet’s price is yet to be revealed making it difficult for us to gauge its price-to-feature ratio. 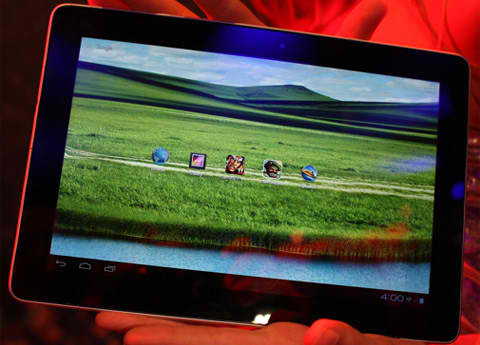 No word of when the Huawei MediaPad 10 FHD will be launched in country but it’s already been a quarter delayed from what was told to us by the company when we first featured the tablet back in February. You can check out our first encounter of the tablet here.

So there you have it folks — that’s our top 5 list of tablets above 7-inches. We decided not to include any Windows 8 tablets in our top 5 for now, but weâ€™ll be doing another roundup before Christmas which includes the upcoming Windows 8 tablets. And for those interested in getting the handier 7-inch tablets, weâ€™ll also be doing a roundup for that too probably next week.