ASUS is cooking something interesting in its laptop products especially the ROG and the TUF gaming line. One device included in their Spring 2019 collection is a new gaming laptop under the Zephyrus family — the ROG Zephyrus M GU502. This model is one of their most affordable gaming beasts yet, and I had the chance to take a look at it up close and personal. Check out my initial impressions below. 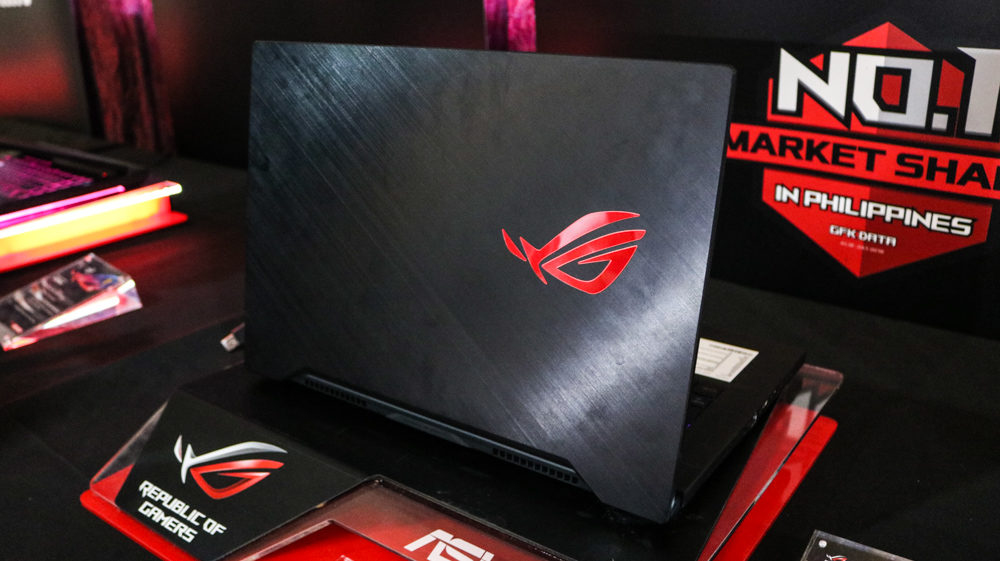 Sporting a reinforced magnesium alloy chassis, the Zephyrus M GU502 looks pretty much the same as other ROG laptops, but you’ll notice that its ROG logo has a red glow on it. However, don’t be mistaken as ASUS just put a neon color to make it look like it’s lit.

Given that I had my experience with this type of material, I am pretty sure that I can open the lid with one hand, but I still suggest that you use your other hand to support it. 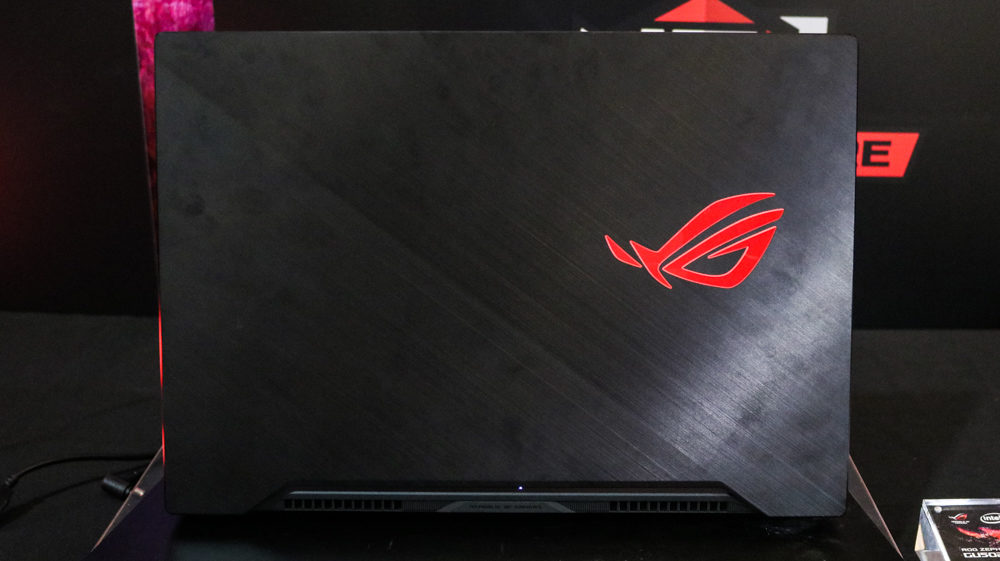 The 15.6-inch display has a Full HD resolution and 144Hz refresh rate just like with its previous Zephyrus devices. Compared with the ROG Zephyrus M GM501, the top and side bezels of the Zephyrus M GU502 has gotten slimmer while the bottom part now comes with a “ROG Zephyrus” label instead of the official logo. I also noticed that ASUS dropped the quite unusual webcam, but it’s a gaming laptop so you won’t use it that often. Checking out the left side of the body, you’ll see the exhaust vent, charging port, RJ-45 LAN port, HDMI, USB type-A port, 3.5mm port for the mic, and another one for the headphones which is pretty refreshing to see given that laptops only have a single one for both audio input and output. Props to ASUS for that. 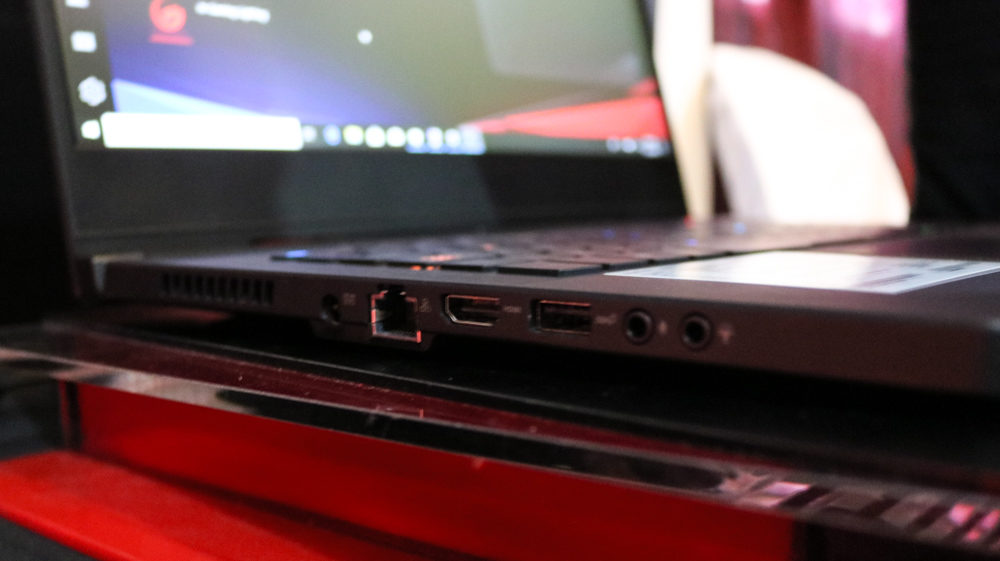 On the right side are the Kensington Lock, another exhaust vent, two USB 3.1 Type-A ports, and a USB Type-C. I also noticed that there’s no SD card reader here which is a bummer especially for us that usually needs it to transfer photos. At the back are two other vents which make me think if ASUS is addicted to exhaust holes at this point. Kidding aside, it’s always great to see at least three vents which help heat dissipation significantly. 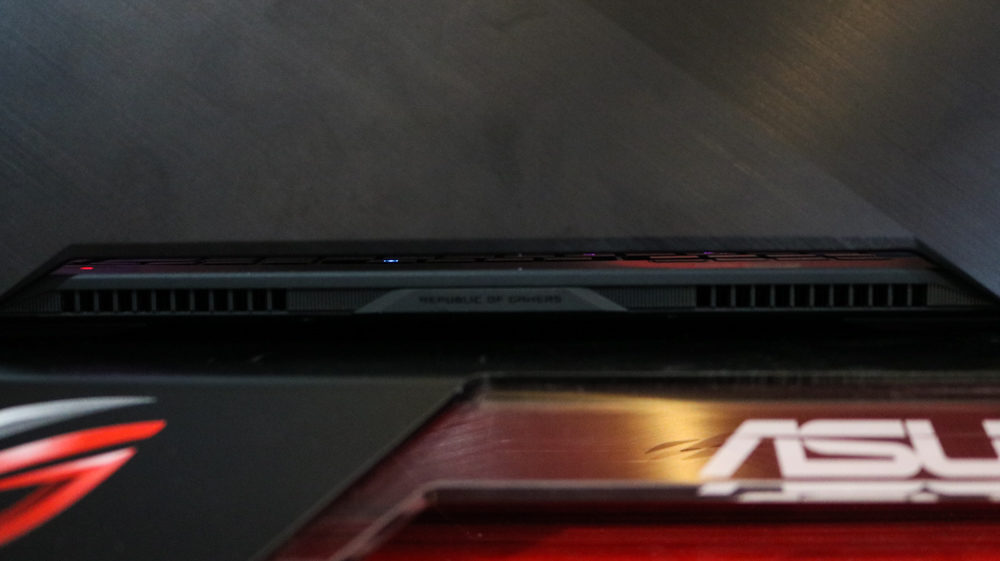 The keyboard has three partitions — the top which has a grille-like design which is most likely for air-intake vents, the RGB backlit keyboard without a numpad, and the palm rest with the click pad in the middle of it. 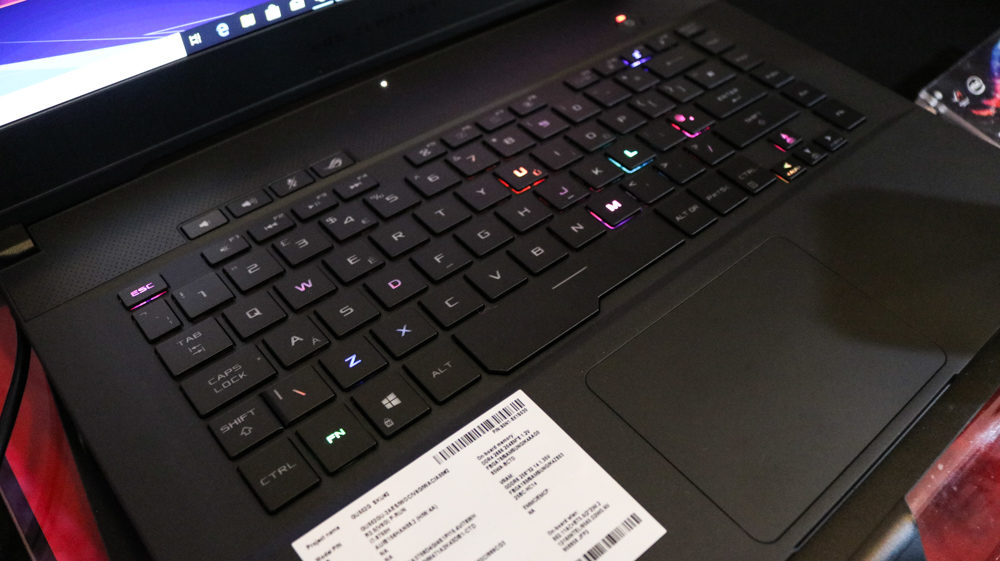 Initially, I had the chance to hold it for a few seconds and hot damn; it’s pretty light for a gaming laptop — for a Zephyrus laptop even. I want to take it for a couple more minutes but time is short, and my hands haven’t gotten a good feel on it. Rest assured that I will make a more detailed impression and thoughts once we get our hands on it.

Author’s Note: The product on display is an engineering unit, so there are some inconsistencies on how it functions. The pricing and availability of the Zephyrus M GU502 are yet to be announced so stay tuned.