Huawei is back with its new line of MateBooks for 2021, and one of them is the MateBook D 15 2021, this time, sporting an 11th-Gen Intel Core i5-1135G7, Intel Iris Xe Graphics, and 16GB of RAM. So how does it perform compared to the previous generation, and is this the laptop to get for the price? Find out below.

Design-wise, the Huawei MateBook D 15 2021 doesn’t look much different from its predecessor, which is not really a downer considering that it’s still a looker. It’s still made of aluminum alloy with a sandblasted finish which feels nice to the touch. 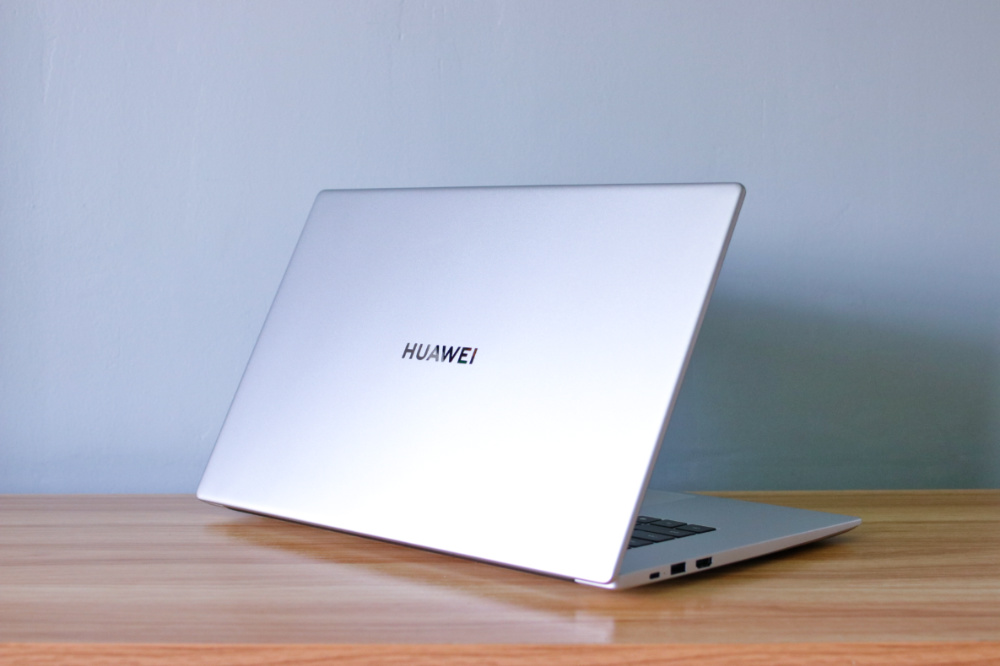 It’s relatively slim at 16.9mm and weighs at 1.56Kg, meaning it will easily fit a bag or carry around. It’s solid and doesn’t feel flimsy, and doesn’t flex or creak when gripped or pressed.

Look on the left, and you will see the USB-C port for charging, data, and reverse charging (in powered-off state), the USB Type-A 3.2 Gen 1, and the HDMI port. 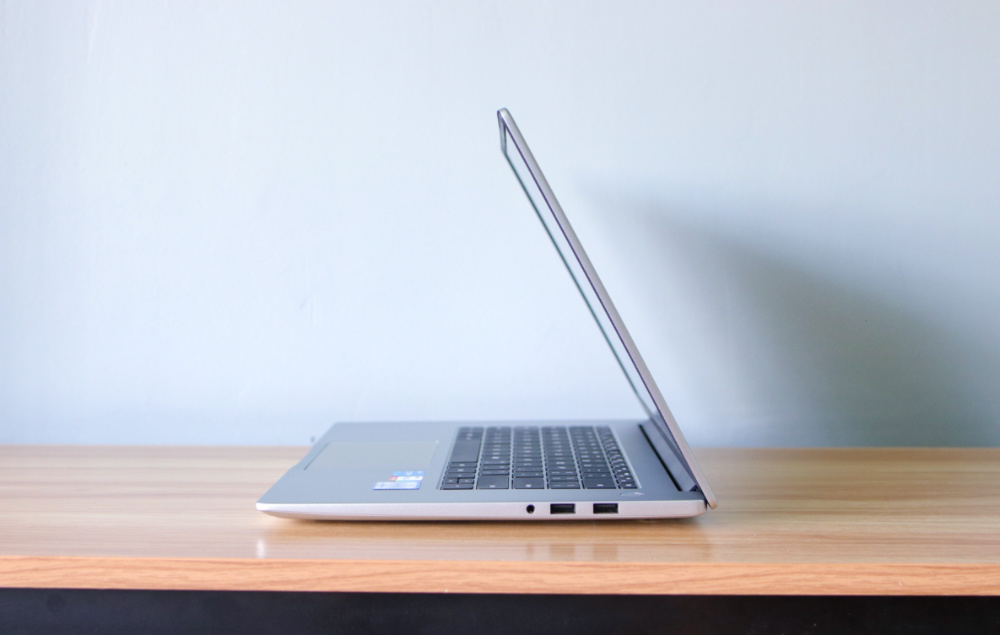 On the right is the 3.5mm headphone & mic combo jack and two USB Type-A 2.0. On the front edge are two tiny holes for the microphones. Underneath, we got the feet, vents, and two 2W speakers on the left and right-hand sides. 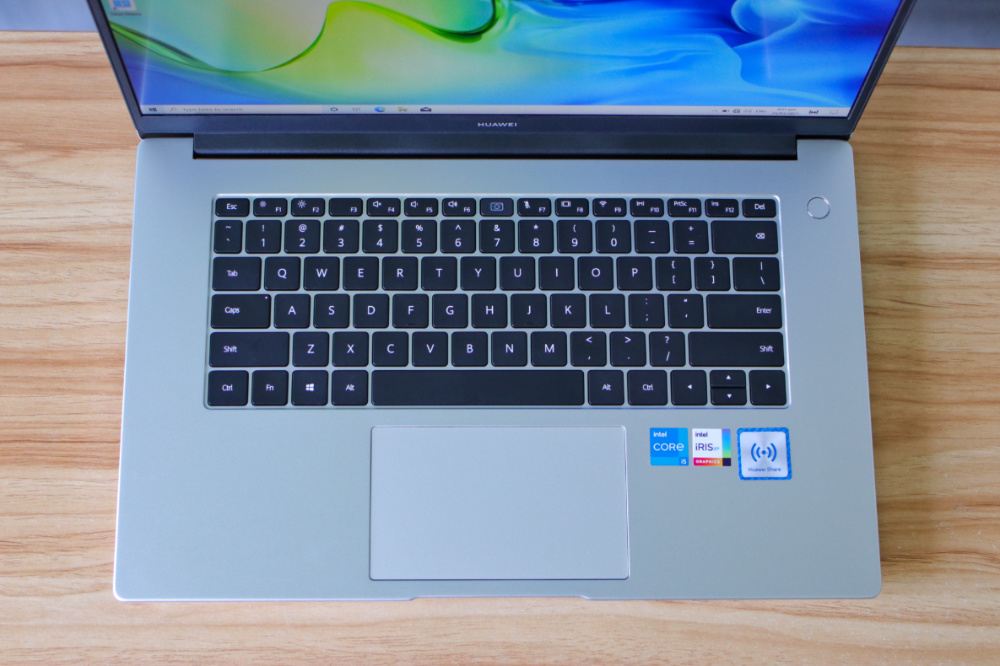 Open the lid to see the 15.6-inch screen, fingerprint power button, keyboard, trackpad, and the location for the Huawei Share. 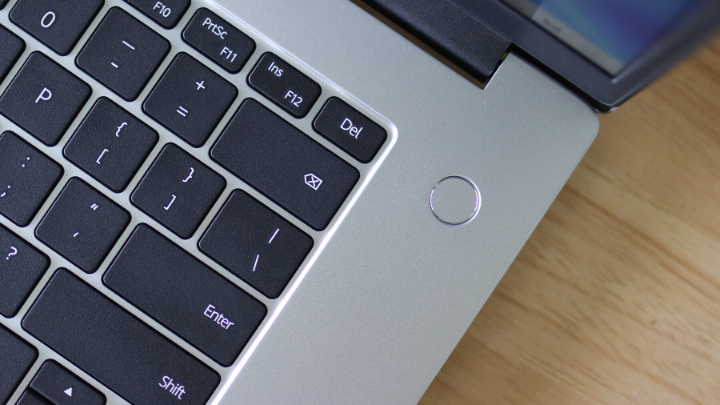 Speaking of the keyboard, the keys are textured, quiet, properly spaced, and have decent travel. Overall, it’s nice to type on. The only issue we have is that it’s not backlit, which is an issue for some who work in the dark. 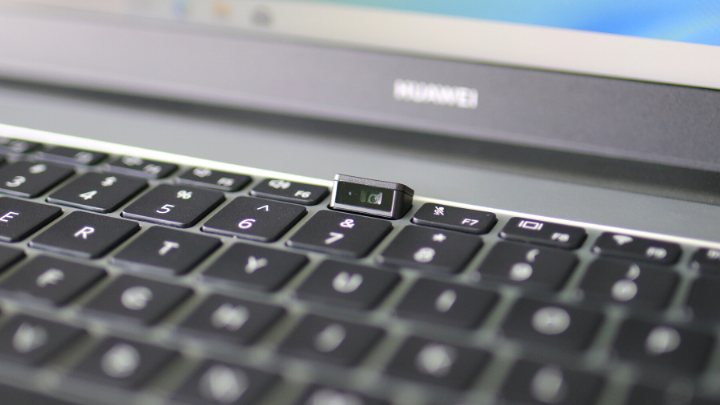 Like with its predecessor, the webcam is hidden in the key between the F6 and F7. It uses a pop-up mechanism, so all you have to do is push down on that key to reveal the webcam. This kind of setup has its advantages. Namely, it allows Huawei to make the bezel of the screen slimmer and allows users to disable the webcam physically for privacy purposes. The disadvantage is the angle as it is not on the eye level and will give other people a good view of what’s under your nose.

For the trackpad, it’s smooth, responsive, and can provide stable clicks. Although we wished it had a wider trackpad given its size.

For the screen, we have a 15.6-inch Full HD IPS screen with a max brightness of 250 nits and an aspect ratio of 16:9. It has TÜV Rheinland Certifications for Low Blue Light and Flicker Free. It’s got slim top and side bezels but a thicker bottom, but still immersive given the 87% screen-to-body ratio. Screen quality is good with decent sharpness and accurate colors. No complaints here. 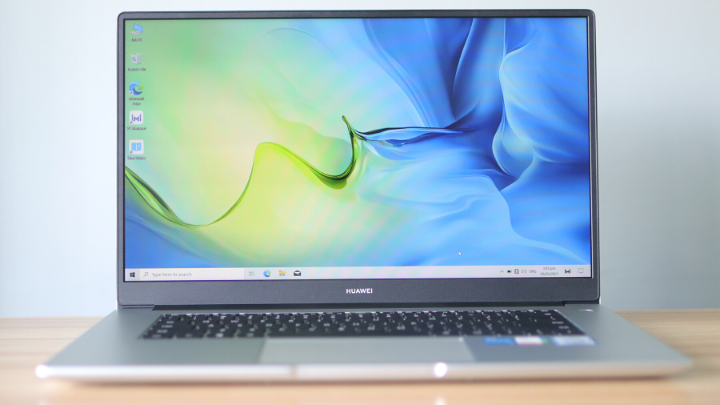 When it comes to audio, the speakers are crisp but don’t expect a lot of bass, as expected of most laptops. Still, the quality is great for attending online conferences as voices are clear and crisp. It’s also good enough for casual listening to some music. If you want to tweak the audio quality, you can use the Nahimic software and select four profiles: Music, Movie, Communication, and Gaming. Then, all you need to do is pick one profile based on your activity, and it will apply the recommended settings.

Given the screen and audio quality, we find the MateBook D 15 2021’s screen great, not just for productivity but also for entertainment, as we enjoyed watching Netflix and YouTube videos on it.

The Huawei MateBook D 15 2021 runs on Windows 10 Home and only comes with Microsoft apps, including Office 365 and Windows Defender as its default antivirus software. 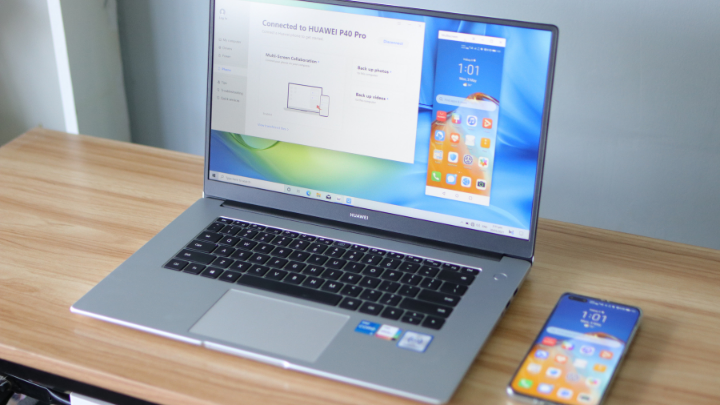 What sets it apart from other laptops is its exclusive software. One of them is the PC Manager, which checks your hardware’s health from the processor to the fingerprint sensor. It will also check if you have the latest drivers, and it will download and install it for you. 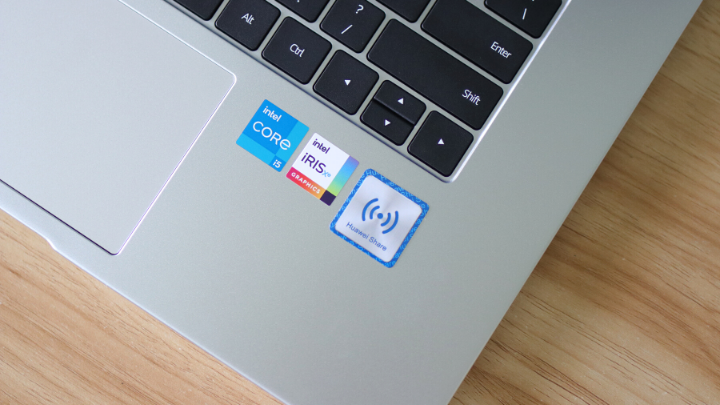 If you have a Huawei smartphone running EMUI 10, you can also connect it to the MateBook D15 2021 by tapping the phone’s NFC to the trackpad. It will then launch a mirror of your smartphone to the desktop so that you can control it from there. This is handy as you don’t need to pick up your phone to respond to messages.

Huawei Share lets you transfer files wirelessly from your phone to the laptop (and vice versa), open files on your phone, and edit on your PC, and take phone calls from the MateBook D 15 2021 itself.

Back to the PC Manager, your Huawei phone will also appear there, and you can also opt to auto-sync and back up the photos and videos in your gallery.

The MateBook D 15 2021 is powered by an 11th-Gen Intel Core i5-1135G7, Intel Iris Xe Graphics, 16GB of RAM, and 512GB SSD. However, even with the improved CPU and integrated graphics, this is isn’t exactly a gaming laptop. While you’ll be able to play some light games, you’ll mostly see the benefit in productivity tasks such as heavy browsing and photo or video editing, which is what we observed during our time with it. 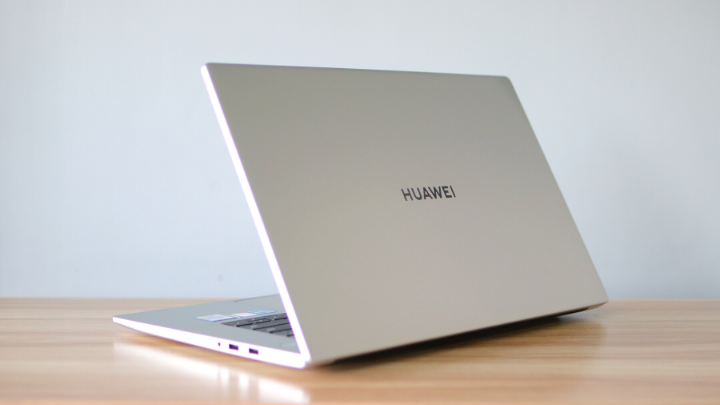 When running benchmark apps while charging, we noticed that warmth is felt on the left side and towards the top of the keyboard, but not too much to be a concern. Check out the benchmarks below:

Aside from the physical connectivity features mentioned earlier, the MateBook D 15 2021 features WiFi 6 and Bluetooth 5.1. 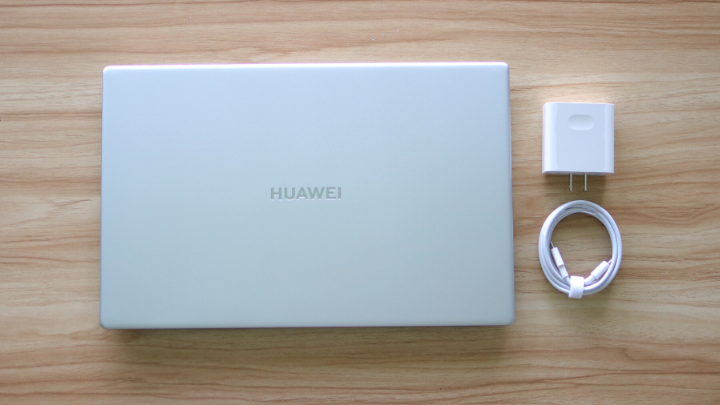 The battery, on the other hand, has a rated capacity of 42Wh. In our experience, we’re getting 4 to 5 hours in Better performance mode. For charging, the MateBook D 15 2021 comes with a 65W USB-C charger that you can also use to charge mobile devices. 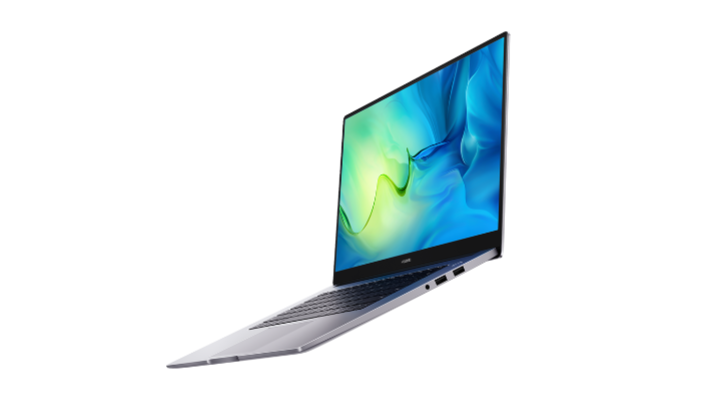