Adobe has recently released the Android version of the Adobe Lightroom Mobile which was made available to iOS users since last year.

The Android version of the app is pretty much the same as its iOS counterpart wherein users have the ability to view and edit images whether that be in JPEG format or RAW. It also features all of the tools and presets that one would need to turn your good pictures to an even better one, as well as the ability to sync your photos on Lightroom on your desktop.

Sadly, like the iOS-friendly version of the app, it will require users to subscribe to any of the available Adobe Creative Cloud service after the 30 days free trial has expired. 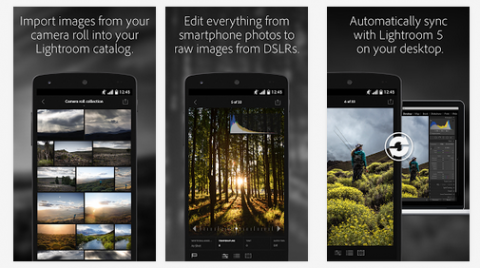 Moreover, Lightroom Mobile is a pretty demanding app which requires an Android handset running on a 1.7Ghz quad-core processor, 1GB of RAM, at least 8GB of internal storage, and it currently doesn’t support external memory card. Oh and DNG format, the lossless version of the picture that smartphone running on Android KitKat churn out, is also not supported.

The Adobe Lightroom Mobile for Android can be downloaded straight from Google Play Store or by heading over to the source link below.