Samsung has been making short strides to make their handset look/feel premium and it’s evident on some of their recent devices. But rumor has it though that the company is about to up the ante even further with the alleged Galaxy S5 Prime which is said to have a chassis made of aluminum and better engine setup than the Galaxy S5.

The folks over at PhoneArena.com received three pictures (seen below) from an unnamed tipster of what is believed to be the Samsung Galaxy S5 Prime. 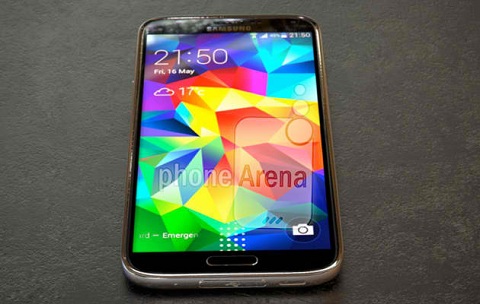 Looking at the pictures, it seems that not much has changed on the overall appearance of the device, although it’s been said that the South Korean firm will forgo the use of plastic on this model and will instead use aluminum for its body.

But not only will the Galaxy S5 Prime have a more premium make, it’s also rumored that it will get a significant performance bump courtesy of the new Snapdragon 805 processor, complete with its revamped Adreno 420 GPU, UFS 2.0, and 3GB worth of RAM. In addition to its aluminum-clad body and improved innards, the rumored Galaxy S5 Prime is also said to sport a QHD (2560×1440) resolution and will run on Android KitKat (4.4.3) right off the bat.

One thing that’s not going for the rumor at this point in time is the fact that the Samsung Galaxy S5 is barely three months old. In our opinion, it’s highly unlikely that the company will release such device this early, unless of course they plan on raining down on LG’s parade and steal some of the limelight away from the soon-to-be-annnounced LG G3.