While the iPhone 5 has not yet been officially released in the Philippines, hundreds of units have been shipped into the country lugging along a very hefty price tag. We managed to acquire our own unit to test. Check out our full review of the iPhone 5 after the break.

Announced back in September 12 (September 13, 2AM Philippine Time), the iPhone 5 is Apple’s latest smartphone and represents one of the biggest changes it has made since the first iPhone. 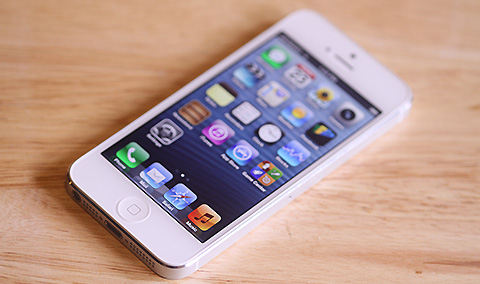 The iPhone 5 broke record sales in its first week so it’s not surprising it will be the biggest release of Apple yet.

We took a closer look and will break it down to see what makes the iPhone 5 the best iPhone ever.

For the longest time, in the last 5 years, the iPhone has maintained its form factor at 3.5 inches. When it came out, that size was still at the top of its class.

Since then, the iPhone has maintained the same exact screen size until they launched the iPhone 5. What Apple did was to extend the height of the iPhone 5 to make way for a 4-inch IPS display. 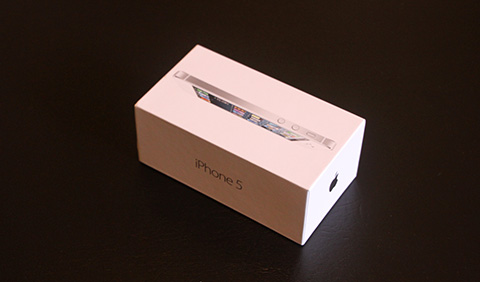 The handset is now thinner, taller and lighter (despite the bigger size). At 7.6mm thin, the iPhone 5 is slimmer than its predecessor (9.3mm). It also weighs much less (112g) compared to the iPhone 4S (140g).

The most obvious reason for this is that the iPhone 4S uses two thick pieces of glass that sandwiched the body of the phone while the iPhone 5 no longer used a glass back panel but a thin sheet of aluminium. This attributed to the thinner and lighter profile. 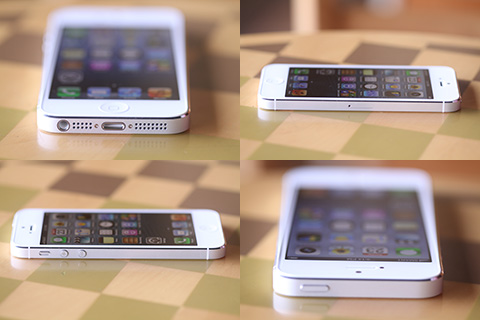 Take note that two of the major changes Apple implemented on the new iPhone is the smaller nano-SIM (you buy one or cut your microSIM) and the use of a smaller 9-pin data/power adaptor for the device.

The phone feels very solid on the hands, has that refined finish and premium appeal. What’s surprising is that the unit feels very light despite its size. The reduction of glass components contributed to that. You get the same grip as the old iPhones since the width is just the same but the height has increased a bit and ergonomics of tapping with one hand might be affected. 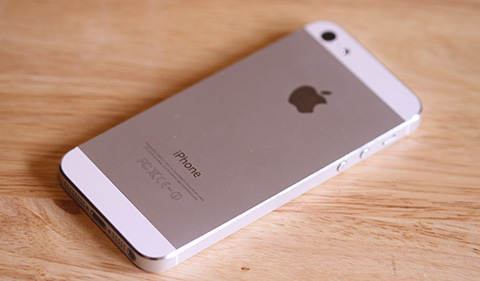 The back side of the iPhone is now made of a thin sheet of aluminum. It’s got a nice and smooth finish with a subtle color tone to match the white body of the handset. The top end and bottom end is still made of polycarbonate to allow radio signals to pass thru, unimpeded (which includes the cell radio, WiFi, GPS and Bluetooth).

The biggest concern with this new design is that the aluminum back panel is certainly prone to scratches. The first thing we did after we unboxed the iPhone 5 was to find a soft runner case for it.

The iPhone 5 retained its Retina Display monicker and the increase in display size to 4 inches meant that Apple had to bump up the resolution as well. At 640Ã—1136 pixels and pixel density of the new iPhone is pegged at 326ppi. It’s an unusual resolution we have not seen in any other handset but its the natural result of increasing the height of the display while retaining the width. 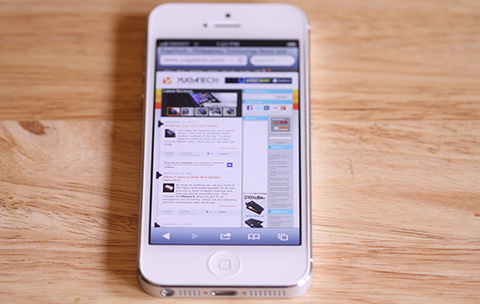 The screen looks more detailed because of the larger screen and pixel density, the colors and saturation are even, and the brightness of the screen looks pretty impressive.

From experience with using flagship phones with display sizes from 4.3-inches to 5.3-inches, the iPhone 5’s display does not seem to be that far behind.

Nothing has aesthetically changed on iOS 6 although Apple has touted over 200 new updates and features over iOS 5 (see full overview of iOS 6 here). 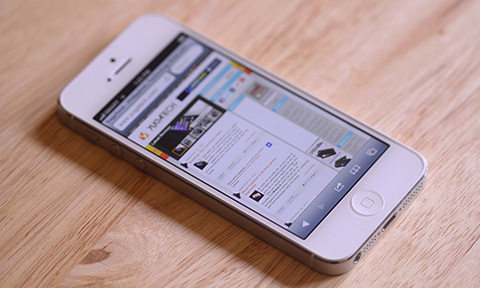 The Passbook is a native app to help users keep tabs of tickets, coupons and store cards. However, this feature is only available in the US so it’s basically useless here in the Philippines. In addition to the heavy Twitter integration from the last update, iOS 6 now comes with the same native integration with Facebook. This could prove useful if you’re a heavy FB user.

Apple is slowly divorcing its way out of its Google dependence and the latest casualty is Google Maps. Apple introduced its own mapping system with turn-by-turn navigation powered by TomTom. However, the map is riddled with lack of detail and wrong information to the point that CEO Tim Cook had to post a public apology about it. He even went as far as recommending Nokia Maps and Google Maps in its stead.

You can read more about iOS6 here.

This is the first time that Apple has made significant changes on the earbuds. The old one was crappy and the iconic white color is what remains with the new earpods.

The 8-megapixel camera of the iPhone 5 came with a few improvements. We noticed that the camera shoots faster, has better exposure compensation and takes better focused images and videos. 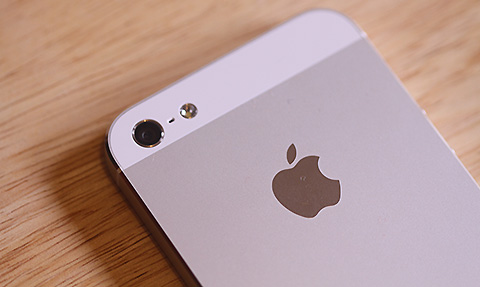 Apple did not bother to increase the camera pixel count on the iPhone 5. Instead, it added a few improvements including a better more refined five-element lens.

This gave the rear camera better clarity, faster focus and pretty even color saturation. Check out the sample 1080p videos recorded below:

The camera apps is very snappy and we noticed a little bit of difference in terms of speed from the iPhone 4S. Successive shots on the iPhone 5 proved to be a bit faster and the stills looked more focused and detailed.

Check out the photo gallery below:

The native earphones that came with the previous iPhones were notoriously crappy and often falls off the ears due to its simple design. The new set of earpods has changed that for the better. They are now more comfortable on the ears, has a better grip and sounds way better than the previous set. They’re not really the best but we can definitely say it’s a significant improvement. 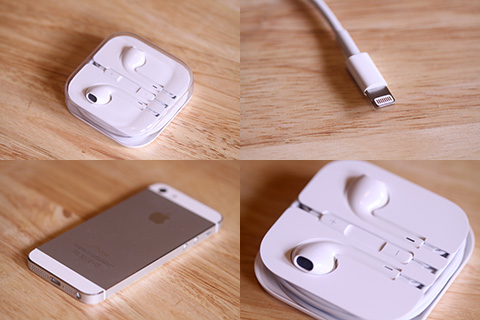 The speakers at the bottom of the phone is more prominent and the sound volume is more consistent and even (not too loud and tinny but not too soft either).

We fired up both the iPhone 4s and the iPhone 5 to see if there are significant improvements in speed and performance. 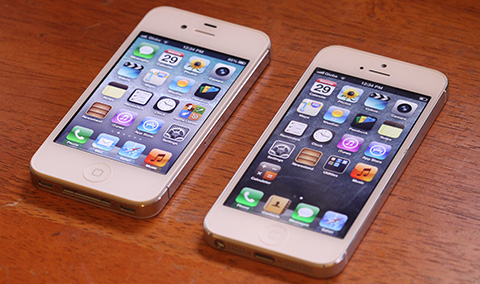 We shot both the iPhone 5 and the iPhone 4S to compare boot time, load time for apps and web browser rendering. The video below shows the comparative speeds of the two.

For one, boot up time is significantly faster with the iPhone 5 — we timed around 4 or 5 seconds better boot time on the latter.

There’s also some noticeable improvements with rendering web pages and although we didn’t see any difference with loading apps, there’s some slight improvements in snappiness when doing successive camera shots. 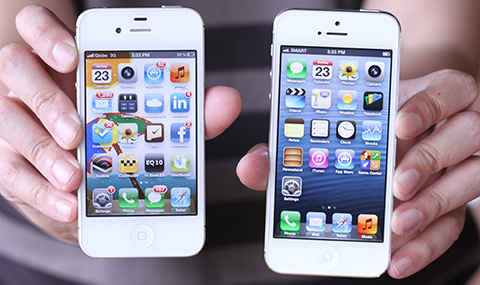 Nevertheless, we don’t feel that this slight increase in performance is really that significant with most of common tasks done on the iPhone. If we did not placed the two iPhones side by side, we might not actually notice these differences.

You can read more about our iPhone 5 vs. iPhone 4S comparison here.

One of the biggest announcements that came with the iPhone 5 is support for LTE. This has excited a lot of people since there’s been a lot of local news as to the launching of LTE networks both by Smart and Globe. 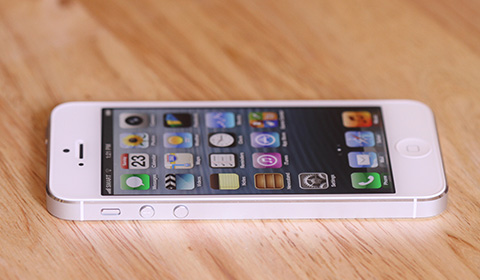 However, it seems that Apple has not certified Globe or Smart in due time when it presented the supported global LTE networks. We are not sure if LTE will running on the iPhone 5 units that will be released in the country.

Based on the limited tests we’ve made on both Smart and Globe networks, we’re only getting HSPA+ speeds that’s pretty much the same as with the iPhone 4S.

In our week-long use of the iPhone 5, we didn’t experience any drop calls. Call quality is good — audio is crisp and clear. There were some delayed SMS but that could have been due to the network issues. 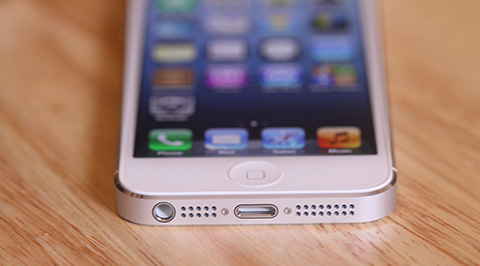 As for battery life, we did not notice any huge improvements over the previous iPhones. We managed to last exactly 48 hours on a single full charge when using only SMS and voice calls throughout the day. However, once we run a few social apps, connect to the net via WiFi for web browsing and use the camera once in a while, battery life starts to degrade much faster. We’d be luck to last one and a half days but for good measure, moderate to heavy use is only good for a single day.

At first glance, the iPhone 5 seems to be just a taller iPhone 4S. Aside from the bigger screen, we could not find any strong feature that may compel us to upgrade from the iPhone 4S to the iPhone 5. For some, that improvement is reason enough though. 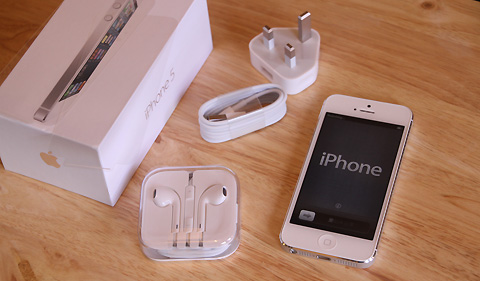 We believe the support for LTE networks is among its best selling point. However, that remains to be seen as the iPhone 5 is not yet officially released in the Philippines by Globe and Smart.

Nevertheless, the sell-ability of this handset is determined by the dynamics of supply and demand. Gray market prices of the iPhone 5 has pushed prices ranging from Php45,000 to Php60,000 each. And that is a strong indication that the iPhone 5 will sell very well in the Philippines.

What we did not like:
* Aluminum back panel prone to scratches
* Inferior native Maps app
* Expensive