The Asus Padfone 2 has already been unveiled in Taiwan today, showcasing a different hardware configuration and better specs compared to its predecessor. Thanks to the folks at VR-Zone.com we can now have a preview of what the ASUS Padfone 2 and the Padfone Station have to offer. For starters, the Padfone 2 now has a bigger and better display, sporting a 4.7-inch LG Super IPS+ panel with 720p resolution. It has a maximum brightness of 700 nits which means the screen is very much visible under broad daylight. 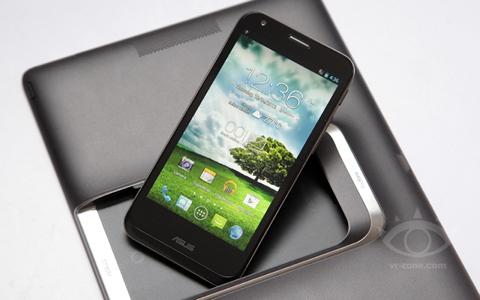 On the front are the earpice, front-facing camera and three capacitive buttons just below the display. Right on top are the 3.5mm headset jack and microSIM slot. On the right side are the volume rocker and power button while the left side is devoid of any buttons. Down at the bottom is the microUSB port with MHL support which also serves as a connector to the Padfone Station. Flip it on its back and you’ll find its 13 megapixel Sony CCD camera, LED flash and speaker grill. 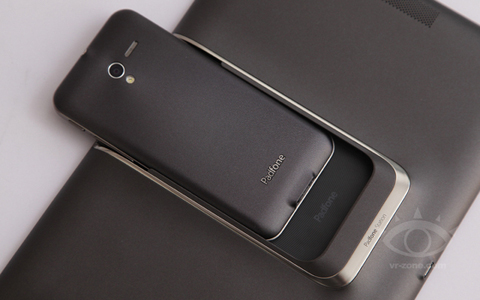 For the Padfone Station, it’ll transform the Padfone 2 into a 10.1-inch (1280 x 800) slate with IPS display. It has a slimmed down battery of 5000mAh compared to the 6600mAh battery found on the original Padfone Station. But the 1600mAh sacrifice actually puts the Padfone 2 in a good position in terms of weight. The Padfone Station weighs 514g, add the phone’s weight of 135g and you’ll get a total of 649g. That’s even lighter than Apple’s third-generation WiFi-only iPad (652g).