Cherry Mobile P1, a Bluetooth dialer for your smartphone

Cherry Mobile P1, a Bluetooth dialer for your smartphone

Cherry Mobile has recently introduced a new phone that is designed to be paired with your primary smartphone via Bluetooth – the Cherry Mobile P1.

According to Cherry Mobile’s post on their Facebook page, the P1 is a “mini smartphone dialer” that needs to be paired with your main smartphone using Bluetooth. This will then allow you to make and receive calls without having to bring out your main phone in public. In addition, it can also access your inbox and music playlist. 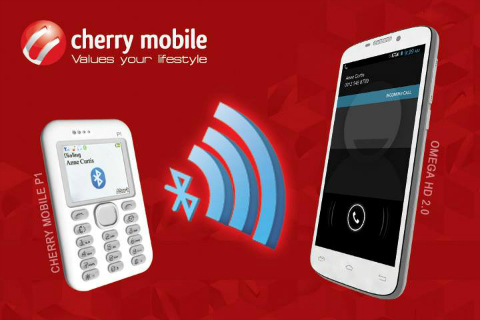 Last year, HTC released a similar product called the HTC Mini – a China-exclusive NFC and Bluetooth equipped device made for the HTC Butterfly. Sony also released the Smart Bluetooth Handset SBH52 for the 6-inch Xperia Z Ultra which is a handheld audio accessory that can accept calls and display notifications.

Like the accessories mentioned above, the Cherry Mobile P1 aims to address the problem of having to use your main phone in not-so-safe locations. It’s also a good companion for phone equipped tablets.

The Cherry Mobile P1 is now available for Php799.