Spain-based company, Doogee, officially announced an Android device with 6.2-inches display with a notch at the top just like the iPhone X. It also comes with an in-display fingerprint scanner which was said by Synaptics to be announced at the CES 2018 event next week. 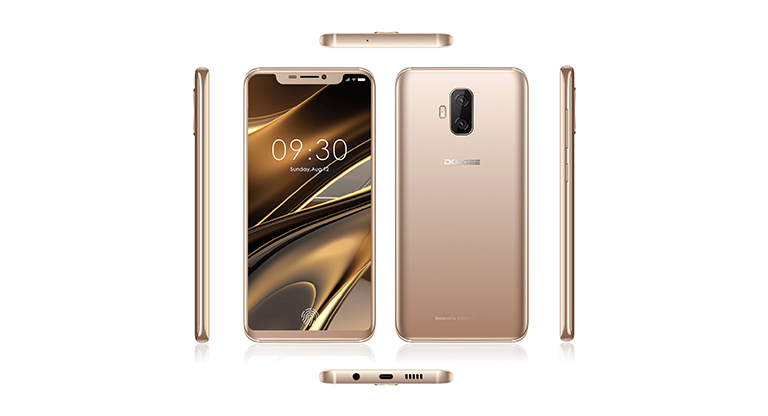 While Doogee is yet to reveal the complete details and specifications of the phone, the company has uploaded a new video on its official YouTube channel showcasing the full glory of the product. The notch is said to be the home to a sensor, earpiece, and front camera. iPhone X similarities out of the way, the Doogee V pulls inspiration from one other notable device, the unannounced Galaxy S9.

According to @VenyaGeskin1, the Doogee V will be powered by the upcoming Helio P40 paired with 6GB of RAM and 128GB of internal storage. It will cost between $300 to $350 with a launch date that falls second quarter of this year.