Hands-on with the THL T100S

Hands-on with the THL T100S

During the THL Cyborg launch, we also got to play around with its smaller sibling, the THL T100S aka Monkey King II. Check out our first impression of this handset, as well as its benchmark test results, right after the break.

Even at first glance, we already noticed a faint similarity between the THL T100 and CM Cosmos Z2 in terms of design. Both handsets have a minimalist look complemented by a matte black paintjob that’s predominantly seen on its removable back panel. Furthermore, these two handsets have almost the same dimensions, though the T100 has a slightly thicker waistline (8.4mm) than the Cosmos Z2 (7.5mm). 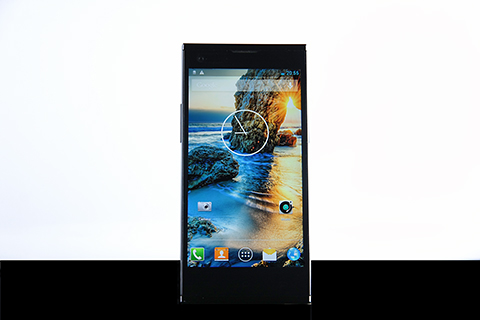 But despite of these subtle similarities, distinguishing one from the other is fairly easy though because the Cosmos Z2 has this noticeable strip of plastic on its chin while the Monkey King II has a pair of thin strip of metal both on the top and bottom portions.

The power button and volume rocker occupies a small portion of the T100S’ sides. Meanwhile, the two ports (Micro-USB and Audio jack) are situated at the top neighboring the front-mounted camera, the handset’s sensors and its earpiece. 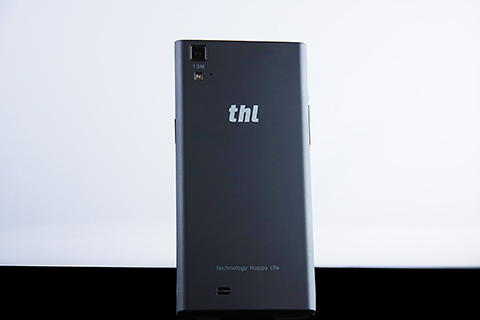 The back panel is home for the 13MP rear camera and its accompanying flash which is located at the top-left corner of the device. There’s a tiny speaker grill which sits below the company’s “Technology Happy Life” branding.

The three card slots (1x Mini-SIM, 1x Micro-SIM and 1x Micro-SD) and battery pack can be accessed by removing the back cover. Prying it open though can be a little challenging at first as the back cover doesn’t seem to want budge, but it gets easier once you get the hang of it.

And while we’re at it, we’ve also ran our usual benchmark test to get an idea of what this handset has to offer as far as performance is concerned. Here are the scores we got: 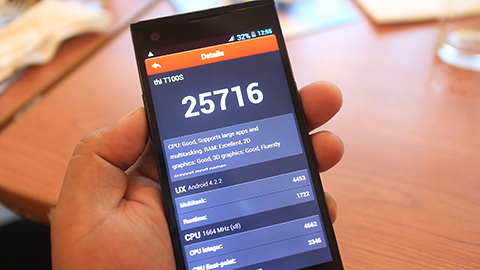 Considering that all of these tests were run only once, the results listed above were actually pretty respectable. We’ll run each of these tests again to see if we’ll get higher score from it and we’ll post the results on our full review which should be up in a week or two.

After our brief encounter with the THL T100S, we can see why a lot of people have been raving about this handset ever since it made its local debut. We can probably sweep its generic design under the rug considering that it has bigger internal storage (32GB vs 16GB) and beefier battery (2700mAh vs 2000mAh) compared to the Cosmos Z2 all for an addition Php500 (Cosmos Z2 = Php12,999 vs T100 = Php13,499).

But before we can definitively say that one is better than the other, we have to take a closer look at the THL Monkey King II and we’ll share our thoughts about the handset on our full review.