Following the successful debut of the T100 aka Monkey King II in the local market, Novo7 Tech (official distributor of THL in the country) has formally launched THL T200 (Cyborg) – a 6-inch smartphone powered by eight (8) Cortex-A7 processor.

Just by merely looking at its specs sheet, we can safely assume that the THL Cyborg has the best feature set among the other three local octa-core smartphones (Cherry Mobile Cosmos Z2, MyPhone Agua Infinity and Starmobile Diamond X1) that came before it. 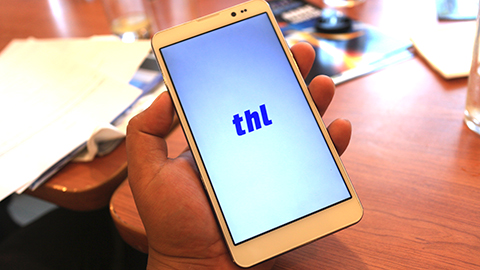 Right on the onset, you’ll be greeted by its gorgeous, Gorilla-Glass-3-laden, 6-inch 1080p display with IPS and OGS technologies to boot. Once you go a little deeper, you’ll find a very respectable engine configuration consisting of a 1.7GHz octa-core chip with 2GB of RAM, as well as a sizeable 32GB internal storage which can be further expanded up to an additional 64GB via Micro-SD card.

There’s also a pair of snappers located at the front (8MP, 1080p video recording) and the back (13MP Sony Blue Lens sensor with F/2.0 optics) which looks very promising, on paper at least.

The THL T200 is currently being retailed for Php14,999. We’ve already contacted Novo7 Tech to give us an updated list of stores/kiosks where you can get the handset and we’ll update this post once they’ve replied to us.