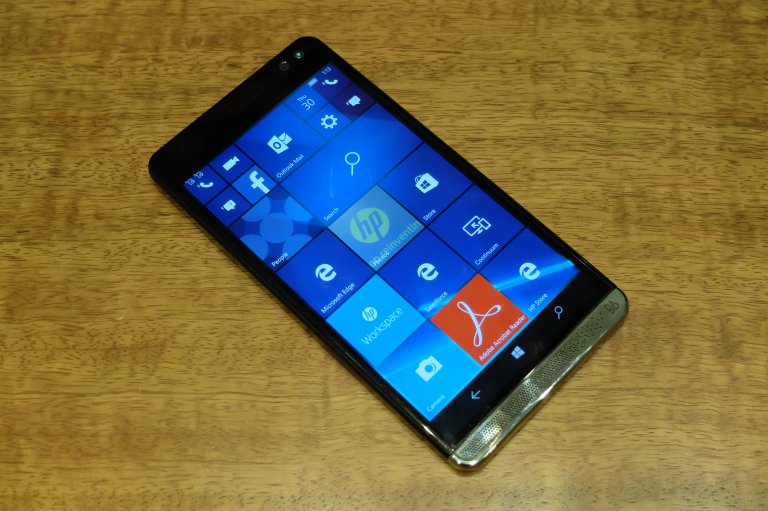 The HP Elite x3 was first unveiled in February during MWC 2016. It’s a phablet with a large AMOLED display measuring 5.96-inches with QHD resolution or equal to 493ppi. Protecting this part is Corning’s Gorilla Glass 4. 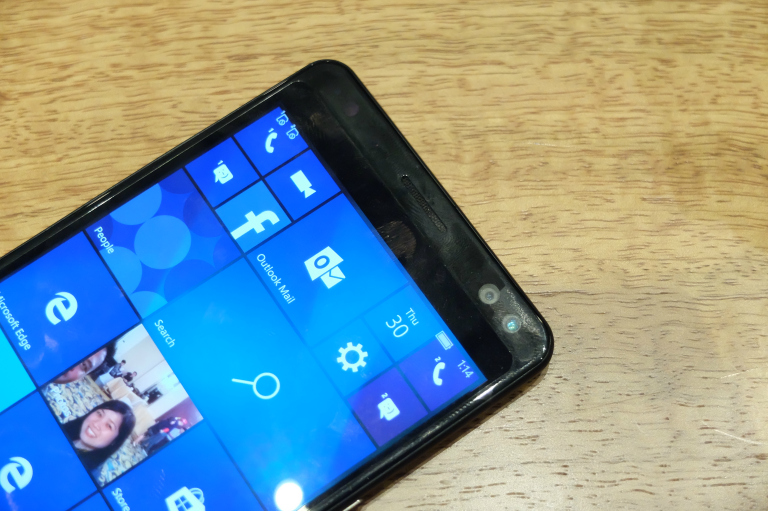 Placed above it are the earpiece, 8MP front camera, light sensors, and an Iris scanner for added security. 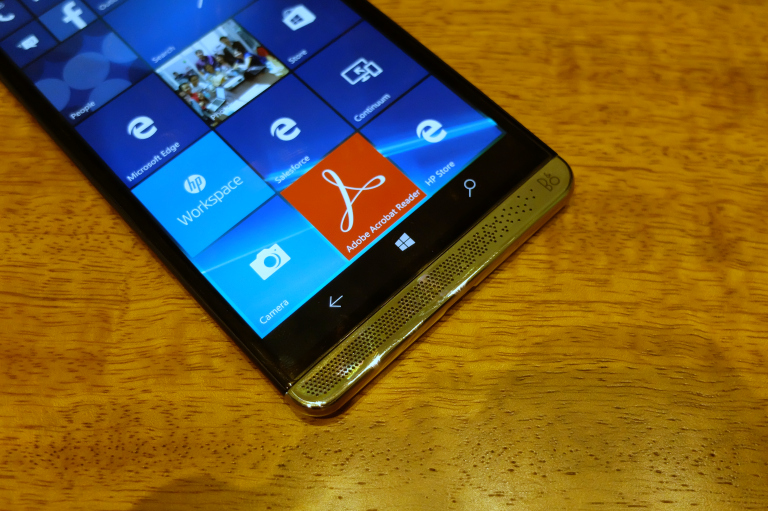 Down below are capacitive buttons for navigation, and the loudspeaker powered by Bang & Olufsen. 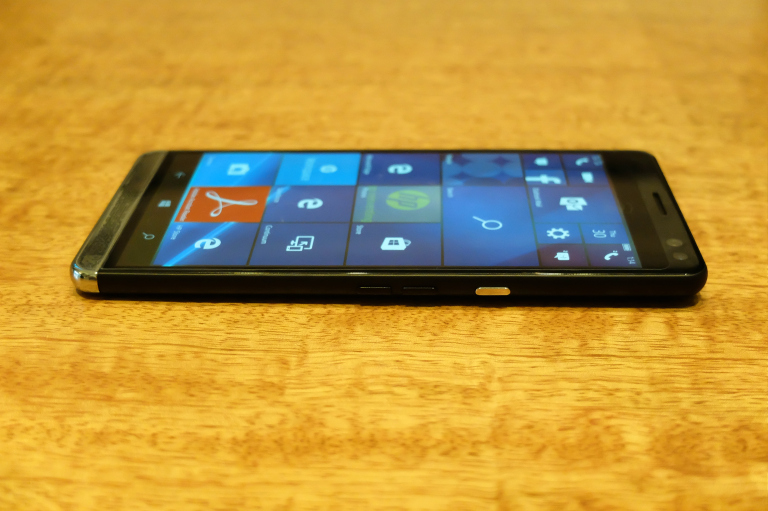 On the left is the slot for the SIM cards, while on the right are the power / lock button and volume keys. 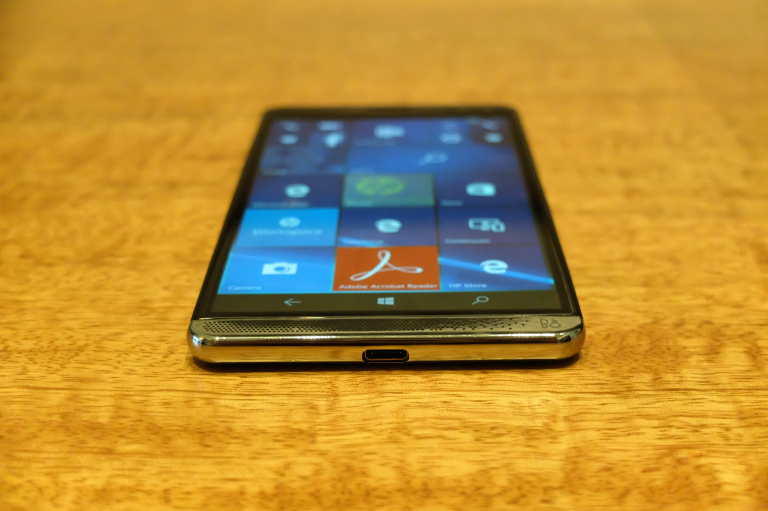 Right up top is the headset jack, while down at the bottom is the USB Type-C port. 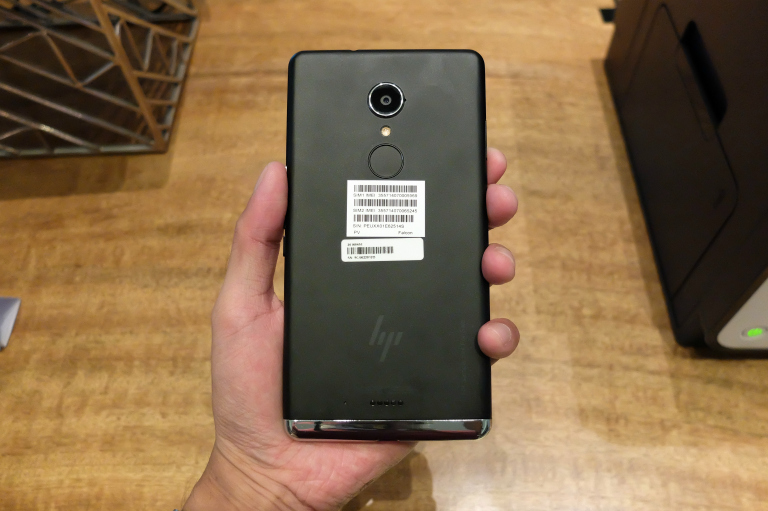 Flip it on its back and you will see the 16MP camera, LED flash, and fingerprint scanner. Situated near the bottom is the HP logo and metal contacts for the Desk Dock. 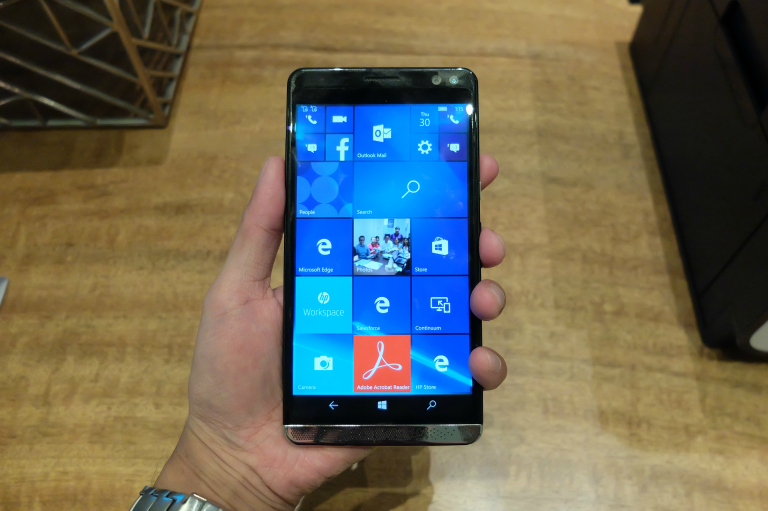 Although most of the body is made of plastic, it feels premium and solid. The matte finish repels fingerprints well and makes it more grippy. The chrome treatment as well as the speaker hole design contributes a lot to its attractiveness. In addition, the Elite x3 is IP67-certified, thin at 7.8mm but a bit hefty at 195g.

Windows 10 Mobile-powered smartphones is nothing new but the Elite x3 brings something new to the table with the Lap Dock / HP Mobile Extender, and the HP Desk Dock. 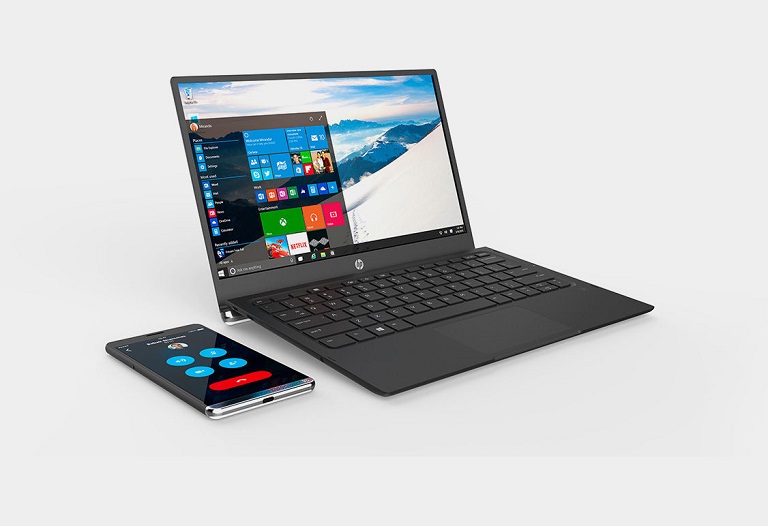 The HP Mobile Extender looks like a very slim laptop but it’s just basically a 12.5-inch display and keyboard with USB Type-C ports, micro HDMI, headphone jack and 4-cell battery. Using Continuum, it uses the Elite x3 hardware for its processing needs, turning it into an on-the-go laptop. 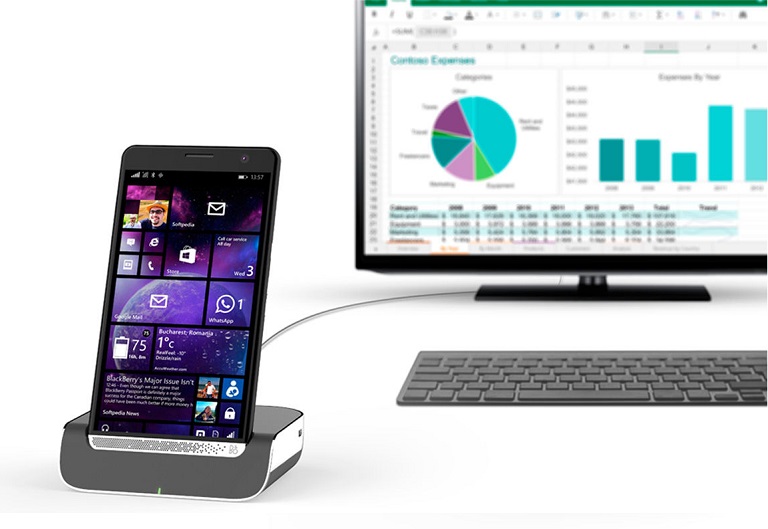 The HP Desk Dock, as its name suggests, works in tandem with the HP display. It works like Microsoft’s Display Dock and features an Ethernet port, regular USB and USB Type-C ports. From there it can be connected to the HP Display and external keyboard for productivity purposes. 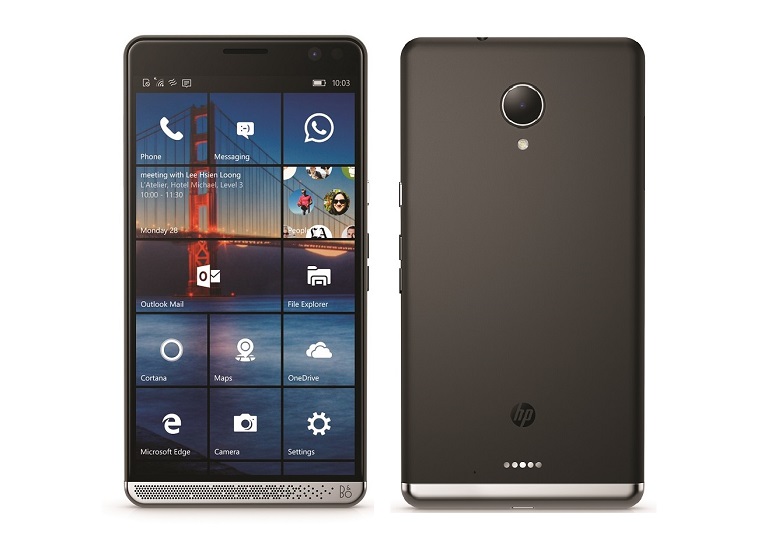 The HP Elite x3 is slated to arrive in the Philippines in August or early September bundled with the Desk Dock. The Lap Dock, on the other hand, can be purchased separately. Local pricing is yet to be announced.