Yesterday, HTC Philippines finally launched their anticipated U series of smartphones after its supposed release last month. Of course, included was its flagship device, the HTC U11, which is known for its ‘squeeze’ feature and many more. 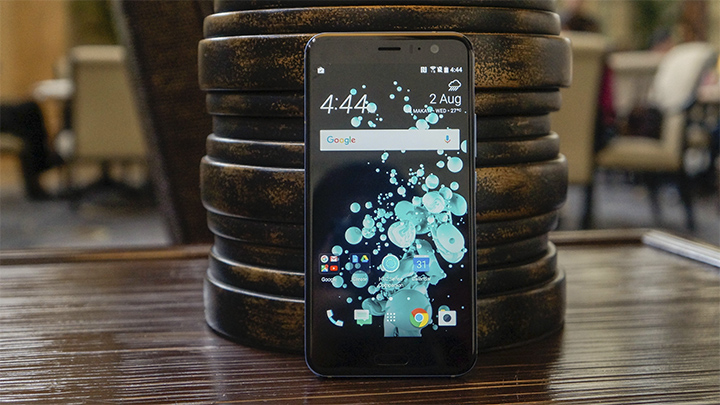 Right off the bat, the HTC U11 looks spectacular, thanks to its liquid surface and 3D Corning Gorilla Glass 5. It sports a 5.5-inch Super LCD5 display, with minimal bezels on its side, and is a tad bit smaller compared to the U Ultra. Color reproduction on this device is vibrant and clear, and you’d barely notice any pixels. Below it, we have two capacitive buttons (back and overview), and the fingerprint scanner on the middle.

Up top, you’d see its whopping 16MP f/1.7 front-facing camera, 4MP more than the rear camera. Since it has a smaller aperture, you will be able to take good low-light photos. Upon trying it out, we can say that it stays true to its promise, though we noticed that it gets a bit grainy.

See also  HTC U11 officially launches in the Philippines 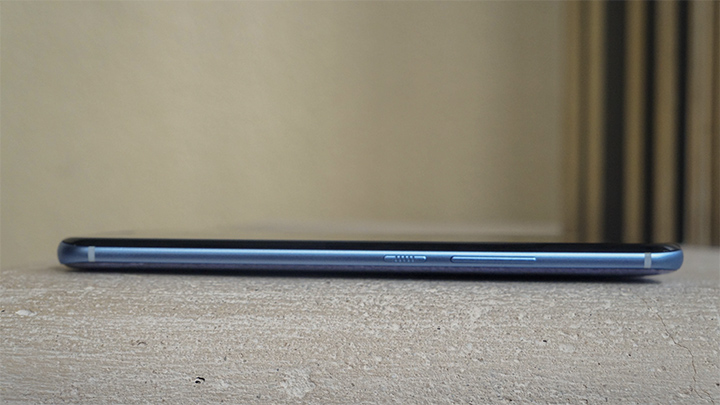 HTC U11 RIGHT SIDE HTC U11 LEFT SIDE

On the right side, we have the power/lock button, volume rocker, and two antenna bands on both ends of the device. The left side is devoid of any buttons, though. Above the device, you’d spot another antenna band, microphone, and hybrid SIM tray. We were quite floored when we saw the hybrid SIM tray’s location because usually it sits on the side of the phone. Underneath the phone, we have a USB type-C port, two antenna bands on both ends, microphones, and DisplayPort, which allows you to connect the phone to an external such as a TV or computer monitor. As you may have noticed, the phone lacks a 3.5mm headset jack. This is because HTC decided to implement the use of their USonic earphones, which hooks up via the Type-C jack. Flip it on its back and you’d be surprised to see your own reflection. No kidding. Its a beautiful, glossy, liquid surface with curved edges that made the phone a sight to behold. Holding the phone feels comfortable and solid, however, it is terribly susceptible to fingerprints and smudges. The phone also has an IP67 rating and is dust, splash and water resistant up to 1 meter of freshwater for up to 30 minutes. Just above the HTC logo is the 12MP f/1.7 rear camera accompanied by a LED flash. Photos produced by the U11’s rear camera are sharp, vibrant and detailed, even in low-light conditions. Auto-focus is surprisingly fast as well.Which leads us to- The Edge Sense or commonly known as the ‘squeeze’ feature. Those two blue concave figures you can see above on the sides of the phone indicate that you’re using the ‘squeeze’ function. Apparently, the primary uses of this feature are for launching certain apps, switching camera modes, capturing photos, and more. See also  List of octa-core Android smartphones in the Philippines